The North End in Boston is the city’s oldest community (1630s). This is where Paul Revere lived, where Increase Mather lived, is the location of Copp’s Hill Burying Ground and the Old North Church, and is the setting for Lovecraft’s short story Pickman’s Model.

As such, I spent an evening wandering around the community in search of scenes described in H.P. Lovecraft’s Pickman’s Model (1927). 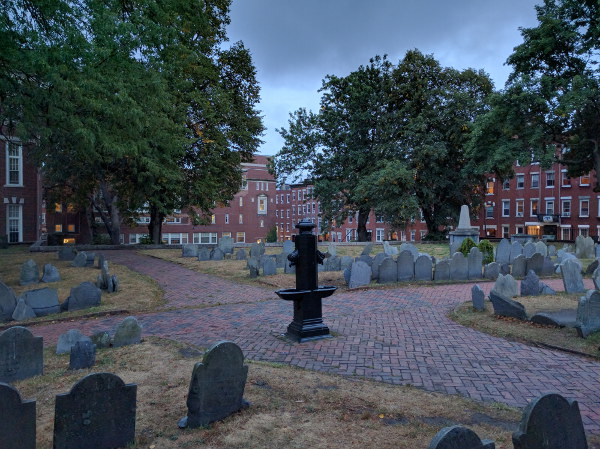 I found myself on Copp’s Hill at sunset looking for many of the graves that La Niña and I missed during our last visit to Boston. Like the tomb of the strict, religiously adamant, Puritan minister Increase Mather… who urged caution when making accusations during the Salem Witch Trials and to avoid using spectral evidence in convictions. Ironically, history has labelled him as being the religiously fervent man behind the trials. 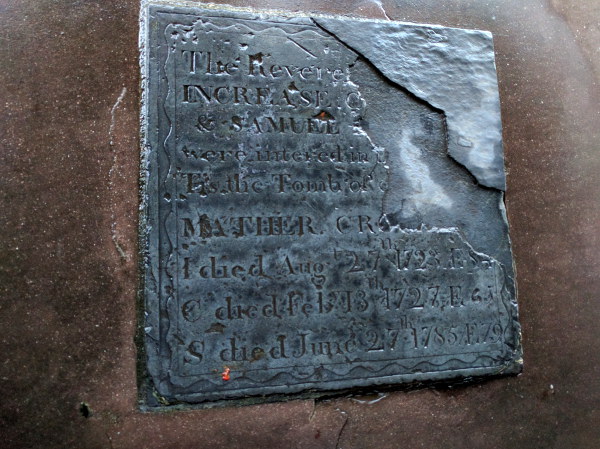 He is buried here with his son Cotton Mather, who is also associated with the Witch Trials. 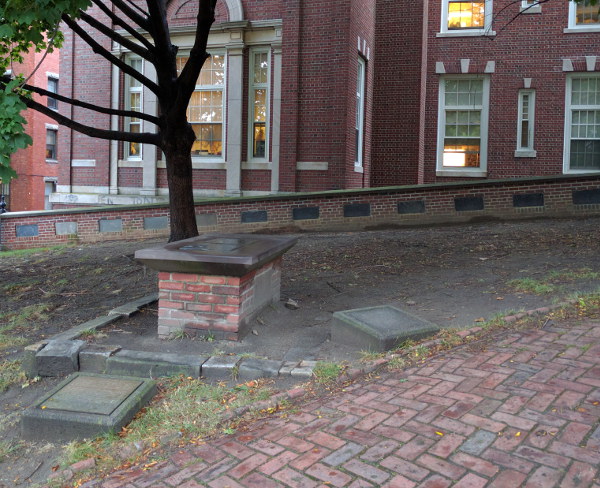 It took a while but I managed to find the gravestone that the Hill is named after, that of a shoemaker named William Copp. He died on February 27, 1670, and was buried next to a little courtyard in the middle. I think this was once the edge of the graveyard before it expanded. 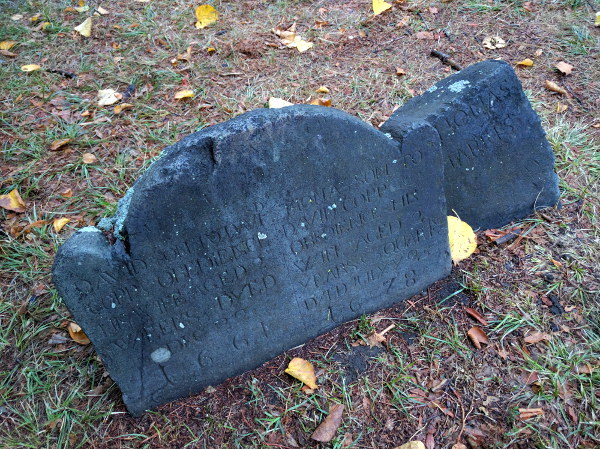 All of Copp’s children are buried in the cemetery. The 1600s were harsh and full of death. 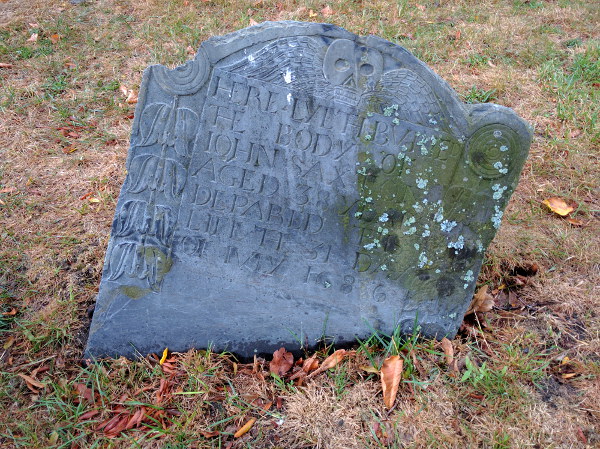 At some point, as I prepared to leave the cemetery, there was a big explosion that sounded like a bomb. A few of my co-workers had just come back from a weekend in New York and throughout the day I’d heard endless stories of the blasts that shook that city.

So, I was initially freaked out but then wondered if this was a regular thing… with it being Boston and having a historic harbour with cannons.

I asked a really nice couple who were out walking their dog if Boston had an evening cannon, like Vancouver. Yes, they said. The coast guard sounds a cannon every night. This particular cannon feels exactly like a bomb, they said. We were at the Boston marathon when the pressure cooker bombs went off and this cannon feels and sounds exactly the same. They should publicize it better.

This prompted me to head down to the harbour and the marina. I’m glad I did because the sunset was amazing. 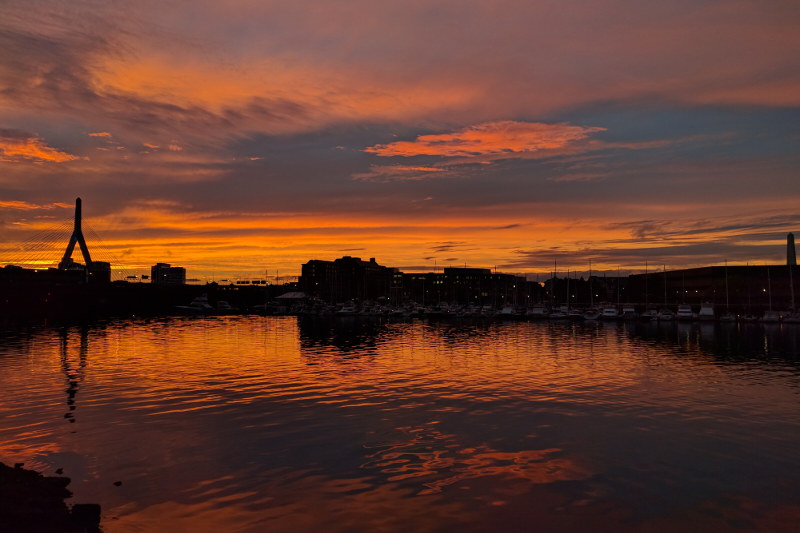 After watching the sunset, I spent a fair bit of time following the gads of hungry people who moved through Little Italy along Salem Street. This is the place to be if you’re hungry. It smells like garlic and fresh bread and smoked sandwich meats. 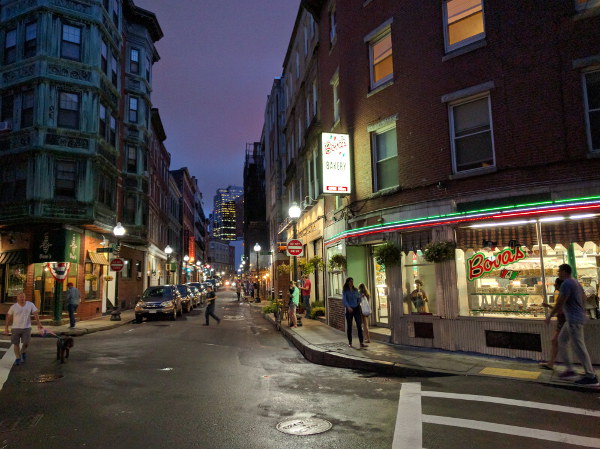 The hardest decision to make is where to eat. I chose a little restaurant called Terramia. 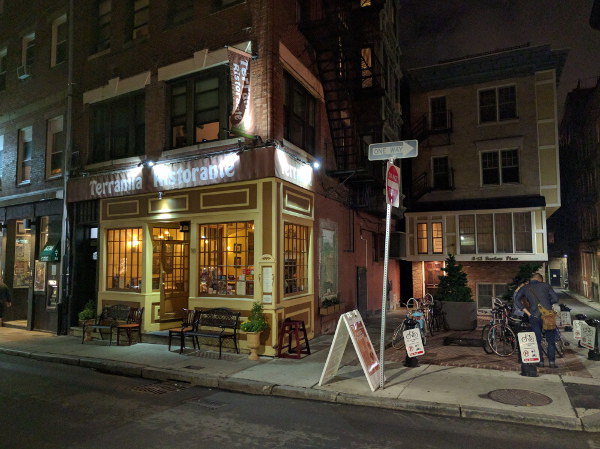 I’m glad I did because this restaurant had the best risotto I have ever had. In the world. The best. Period. 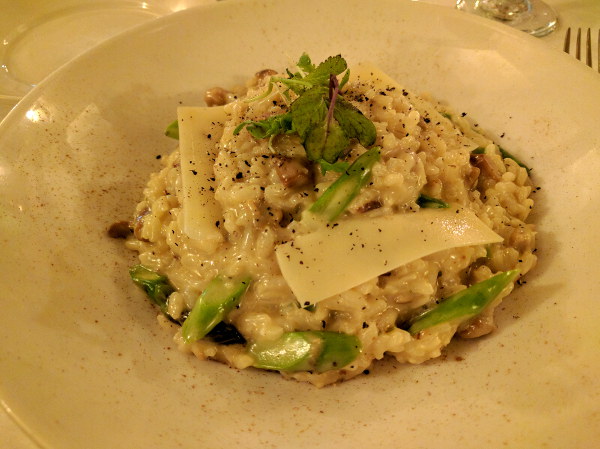 The final shot of the day was the one below over by the Green Dragon. It was an unexpected shot but feels to me like something that belongs on a poster. 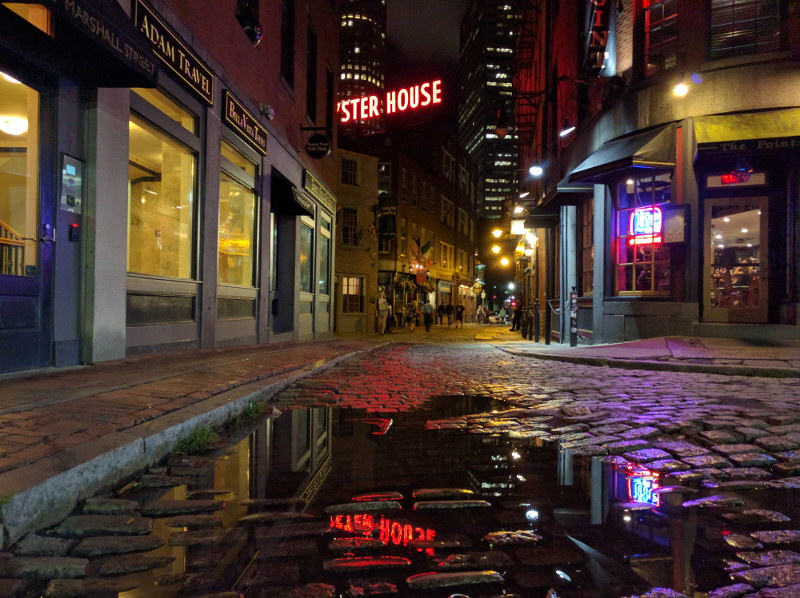