This might feel like an “I’m going on a mileage run” post, but it is not. I won’t make 100K status this year no matter how hard I try to make the miles/segments needed; the effort will equal varying levels of hell and I just don’t want to do that. I moved cities this year and spent a large chunk of travel time crying over boxes of memories in Calgary; I’m travel exhausted.

This flight is for work. I’m going to break the flights up by continent (and keep people in suspense tee hee); what I will say is that I’m going to a non-typical tech destination.

The trip starts in Chicago. I’m not going to say much about Chicago other than the airport has really upped their food quality. The options in T2 are fantastic in an “I want to be at the airport to eat” kind of way; I have something to look forward to at the end of the week. 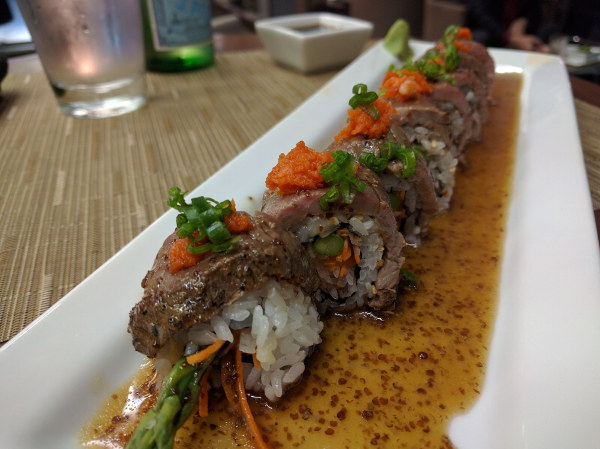 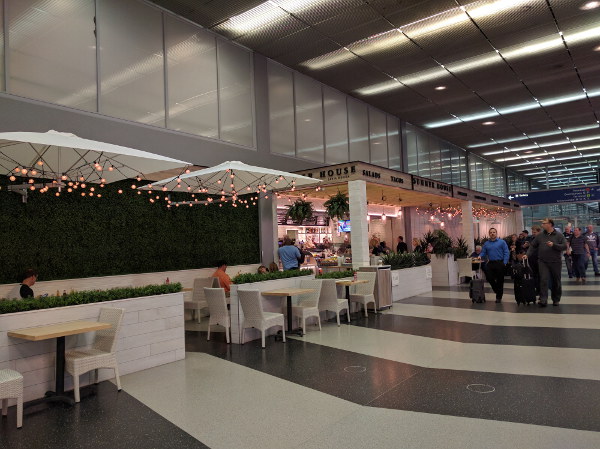 Finally, airports are getting the message that people don’t want to eat crap while travelling. Montréal has known this for a while and the food experience is one of the best I’ve ever seen. It’s like a real mall that people actually want to be in with little pleasurable surprises everywhere. God, I love the French. 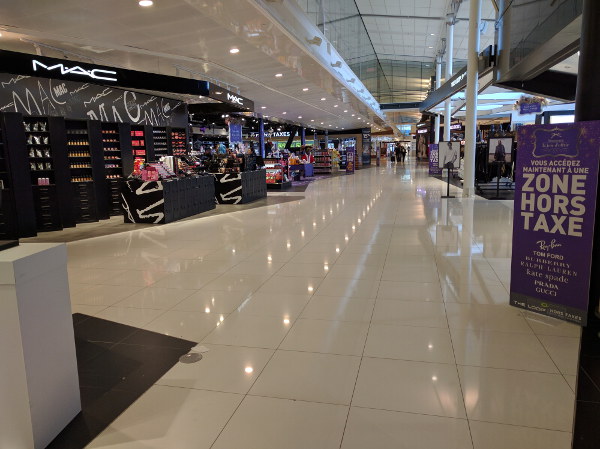 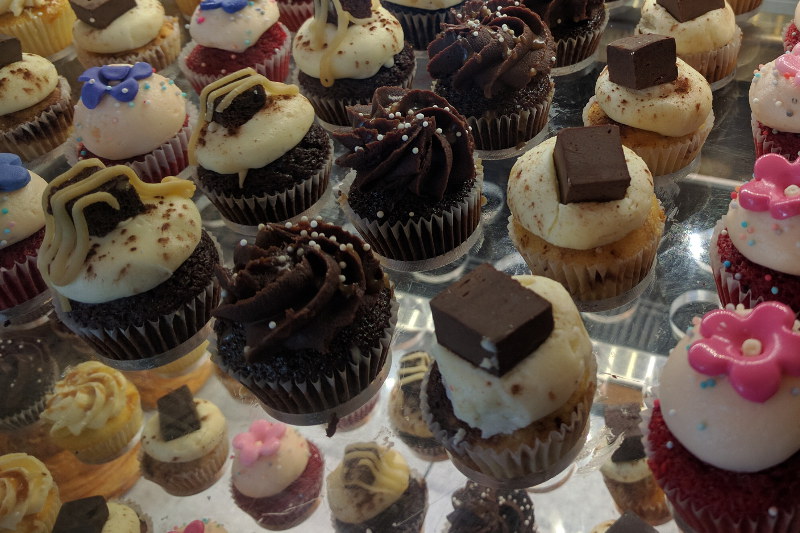 This round of flying was through the lovely, chaotic city known as Toronto; luckily, travel was on a Saturday and weekend travel doesn’t have the typical hundreds of thousands of other people who either stay or connect elsewhere. The experience was rather pleasant. 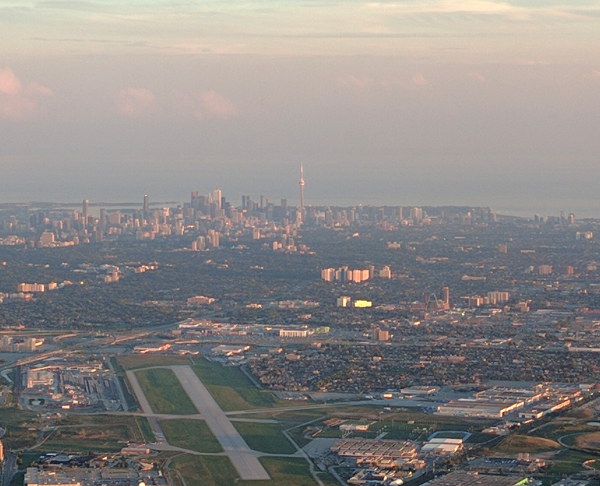 If you are connecting to elsewhere, the airport quickly becomes a confusing, complicated, disorienting maze. I see lost and confused people all the time when I walk through that airport.

One tidbit for travellers connecting through Pearson is that there is a way of bypassing the really long and very disorganized security line feeding U.S. customs. It’s a bit like finding Platform 9 3/4… you just have to know where to go because it’s not obvious. 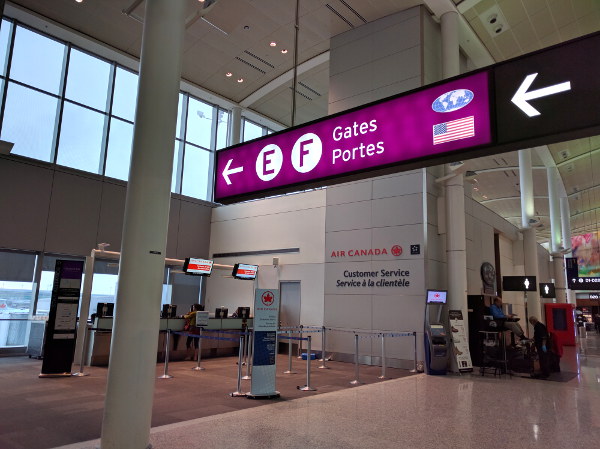 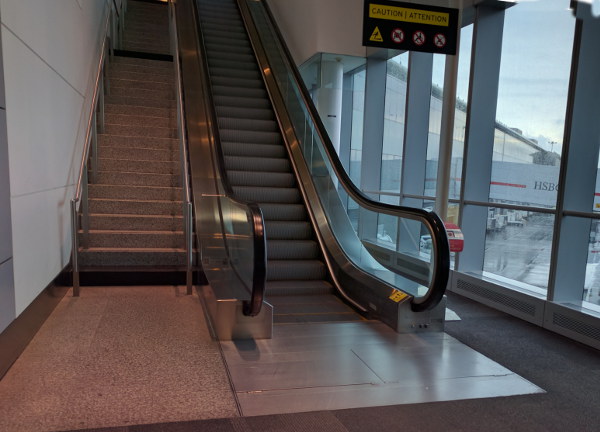 This goes on for a while and I do periodically see people get sent back to the beginning (the airline service desk). The secret to unlocking all the achievements is to have a paper copy of your ticket and don’t check luggage.

On the US side (Gates F), if you can somehow manage to make it through all the achievement levels and pass through all the stage gates, an odd but illuminated world full of alcohol, food, gambling, and games opens up for you. 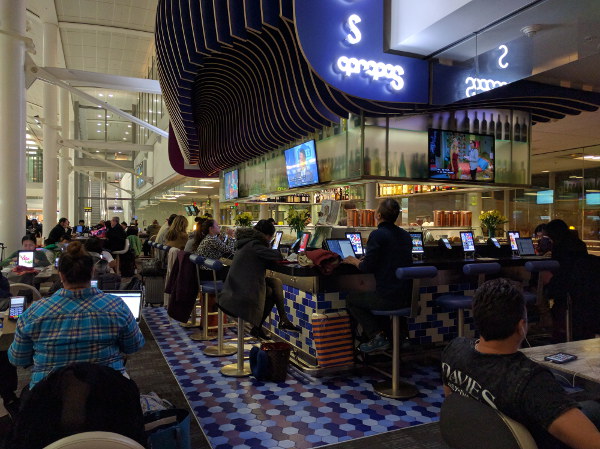 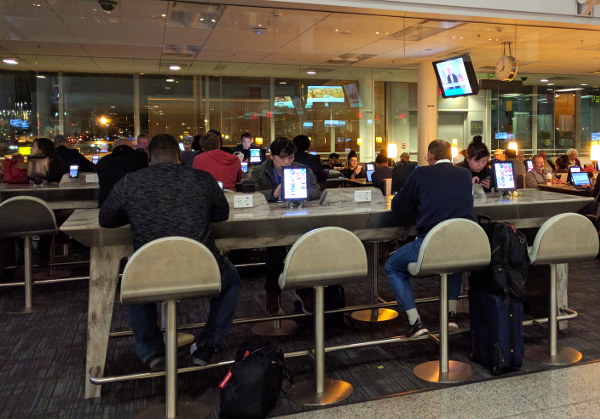 On the International flight side (Gates E) you are presented with the world’s longest, never-ending, rolling sidewalk. 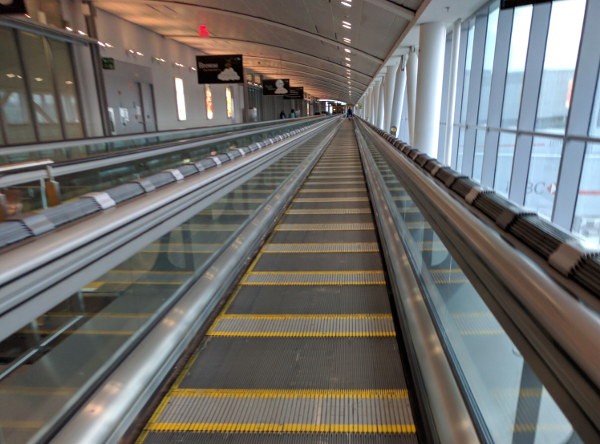 I was about halfway through the experience (at the point of asking “how long is this thing”) when I decided to take a photo. On the other side is the zen that is an International Air Canada lounge. 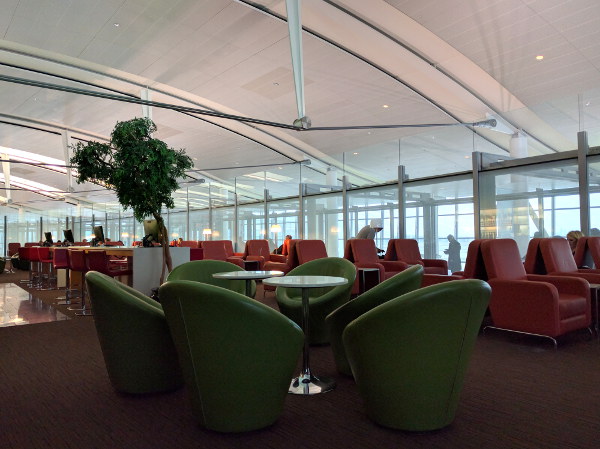 They put a lot of love, attention, and money into the International Lounges and it makes a long layover relaxing. All the typical “we know you’re exhausted” accoutrements are in the lounge: food, booze, showers, wifi, and complimentary everything.

0 comments on “Chicago to Montréal to Toronto to …”Add yours →