The final travel day for Chicago was marked by meeting a ton of interesting people on my journey through the city.

On the cab drive to the airport, I met a man from Ecuador who owned a cocoa plantation outside of Quinto. He showed me photos of some of the people who work for him and explained that addiction amongst workers is one of the main problems that he deals with as a plantation owner. 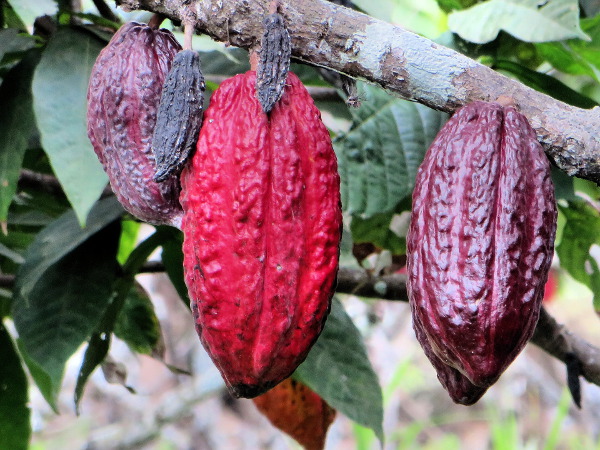 It’s the responsibility of the plantation owners to help their workers get clean. The cost to send workers to rehab is very cheap by American standards… less than $100. But, the experience is very cruel for the people.

They’re stripped down when then enter and are forced to live and eat in a single room with a toilet (to quote the man: “they eat with their hands in the same place where they go pee and pooh-pooh”). All the food, liquids, treatments are designed to help people detoxify fast. They’re not allowed outside food; the family will often try to bring addicts meals but it gets confiscated by the guards (who will eat it in front of the recipient to taunt them).

As terrible as the treatment sounds (he went into even more grotesque detail), the success rate is 90%. No one ever wants to go back.

I had to work hard to find Bowtruss after finding it listed as one of the top coffee shops in Chicago.

This is another place hidden on Yelp and misplaced on maps. Not once did it show as being close to the hotel (which it was) or indicate the extremely high quality of coffee that comes out of this joint. 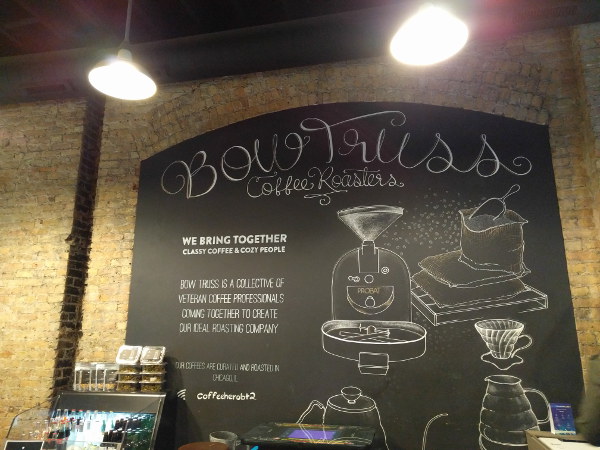 I’m not surprised it was difficult to locate and/or the results have been tampered with (especially after discovering a misplaced Goddess and the Baker. The cafe owner at Bowtruss is a known local character. In the summer he was arrested for biting a woman’s finger. He also has a penchant for opening independent coffee shops next to Starbucks (a reverse of the Starbucks business model).

I had to work to find Bowtruss… but it was worth it. The last coffee in the city was fantastic.

There was very little time for lunch. Market sushi was really the only quick option that didn’t contain gluten. I tried to get to the sushi bar before contamination happened (the tongs get nasty very quickly as people use them to grab everything) and I was at the beginning of the rush. 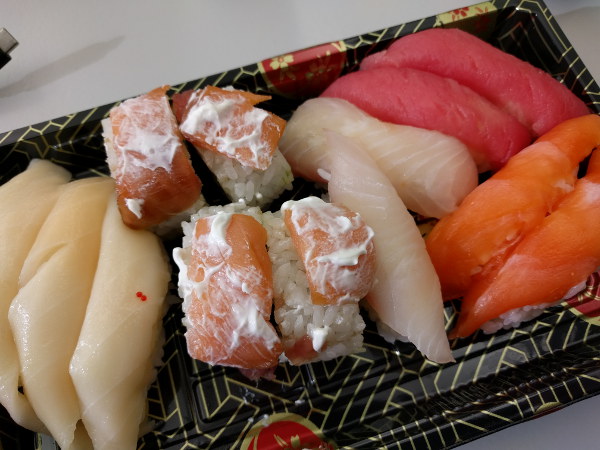 People push and shove at the sushi bar so I grabbed a bunch of options that weren’t deep-fried really quickly without evaluating choices. It worked out ok (for a quick 5-minute lunch) even though it was too much food and I made some poor choices.

Dinner. Mouldy Cheese on an Airplane

It’s difficult to get a cab that will take you to the airport in Chicago during rush hour. As such, I had to work my way down the taxi stand before I found someone who was willing to head out. And, he was the best. driver. ever. He knew every back road and trick in the book needed to get me to the airport fast. This earned him a very large tip.

The beautiful thing is he got me to the airport so fast that I was able to negotiate and finagle myself onto an earlier flight. 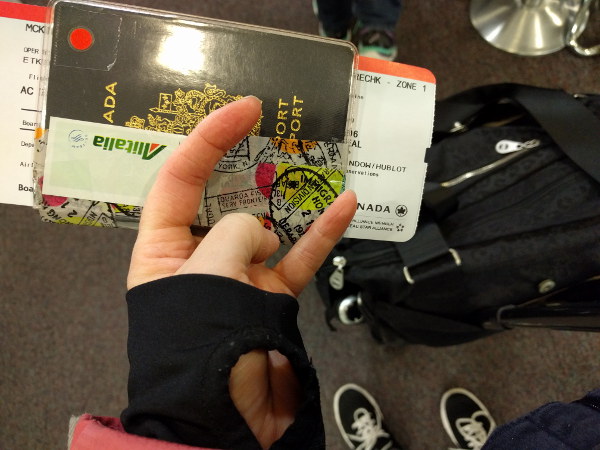 Dinner was mouldy cheese. I’ve never had this happen before. The stewardess’s reaction was comically funny.

And, as we landed in Montréal I found out that the flight I was on was one of the only short-haul flights that made it into the city. The woman behind me had co-workers who flew through Toronto on an earlier flight… and all of them were stuck in Toronto because Canadian flights were being diverted to other cities.

0 comments on “Foodie Adventures: Mouldy Cheese on an Airplane”Add yours →