The most joyful part of the LaGuardia experience is the taxi queue. For the most part, I opt for taxis in NYC because it is nearly impossible to find your Uber (I’m always being asked to walk somewhere that I don’t know in a city that I don’t know). And, getting an Uber to/from the airport can take forever depending on the time of day (because of the construction).

Honestly, a lot of times the price differential between Uber/cabs is minimal (like a dollar or two) so I’d much rather grab one of the five empty cabs that are passing by… then wait for 30-minutes for an Uber that may or may not find me. Plus, there’s something very New York about hailing a cab. 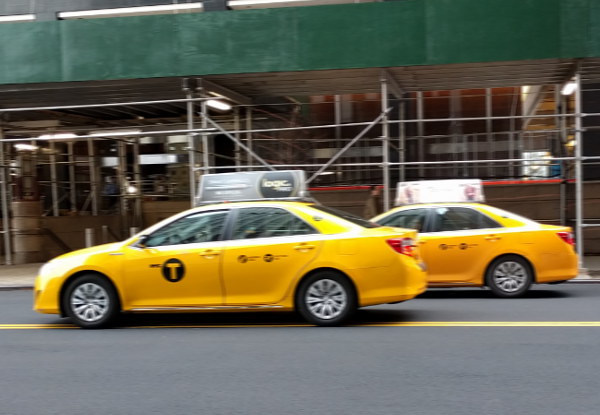 In all fairness, my most recent LaGuardia taxi queue experience was at the end of a long weekend during peak airport arrival time. For me, watching the queue was akin to being tortured and entertained at the same time; and, I had 40-minutes to analyze it.

In a nutshell, this is an airport that delivers roughly 80,000 people per day… and it can only process 5 cabs at one time. You play with those numbers for a bit.

I went through all manner of calculations while I was standing there: time-based on number of cabs vs people in front of me, how splitting the line would double the number of people processed (with slow down differential), how long each grouping stayed at the pickup point, how many more could fit in if they parked diagonally, number of choke points in the process, number of people who gave up and left (moving me closer to the cabs), number of useless efforts to rideshare, number of minutes the “controller” slowed down the line by talking to people and thus the number of people waiting longer… you get the picture. 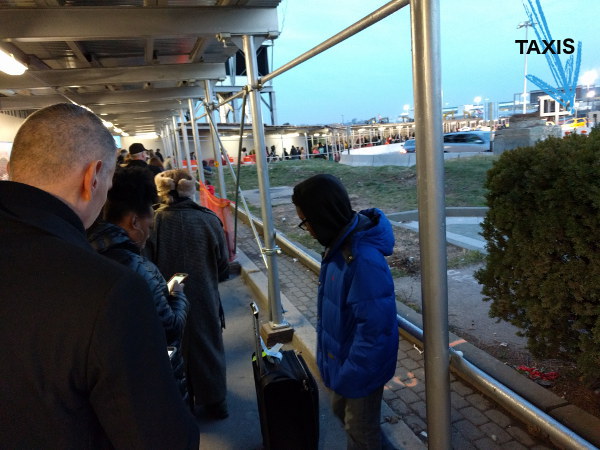 After 30-minutes I was able to determine a few quick fixes… here is the biggest choke point: 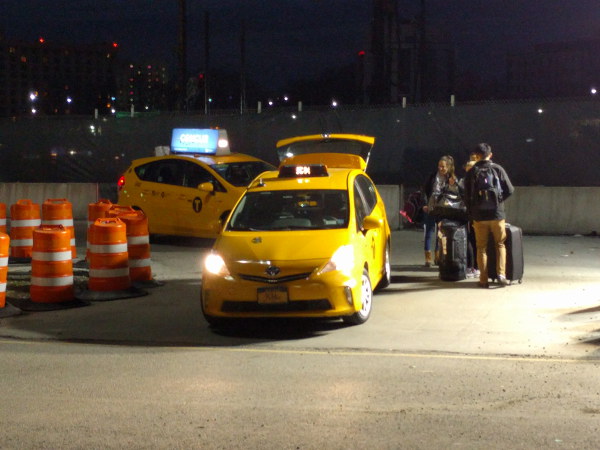 Five cabs come through at once and a rogue cab will slip through at the end of the line and block the next five from entering. Inevitably, the choke point will pick-up the people with the most luggage and who are having the slowest conversations.

And, they will stand in the middle of the road for a long time without realizing that they are blocking all the cabs trying to get to the empty spots by the people waiting. 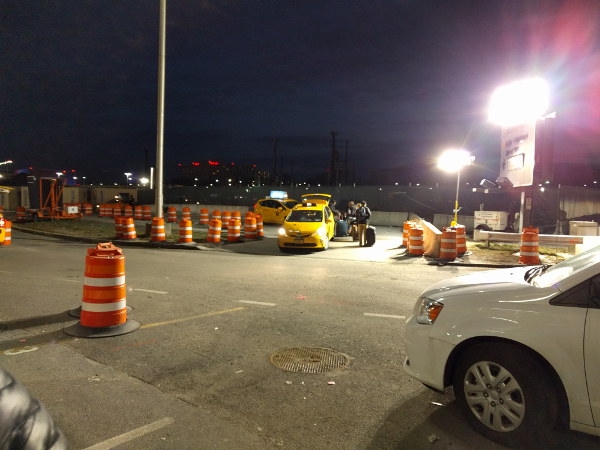 But, the real problem isn’t the choke point or the rogue cab driver. It is actually the controller who is not screaming and yelling at the cab driver to move it along. In other cities (Los Angeles, Boston, Montréal) a cab driver who does this would expose themselves to the full torrent of controller aggression in several different languages. For some reason, I thought New Yorkers would be louder and more aggressive.

Regardless, I eventually got to my destination. It just took a while.

The Horrors of Hotels

All this was minimized because this week I was presented with one of my biggest travel fears. A day into the trip, I found a bug on the bed in my unnamed hotel… it was later confirmed to be a bedbug. When you say the words “there is a bug on my bed,” hotels and exterminators in New York move fast… really fast; they don’t want a repeat of the epidemic of 2010.

I caught the bug, put it in a bottle, and brought it to the front desk. This kicked off a flurry of activity and phone calls. The exterminator was there super fast and the bug analyzed. I was in another room immediately and all my stuff and bags sent off to the cleaners before they’d even confirmed that it was a bed bug. The entire floor of the hotel was shut down and treated. It’s completely impressive that something so small can have such an explosive impact.

After the overwhelming flood of activity, I was literally left standing outside the hotel in the dark, in the rain, almost naked with nothing but my wallet and a cellphone. Thank God it’s not snowing in New York because my next step was to find warm clothes… and was hoping that one of the stores in the area would stay open a few minutes late.

I lucked out and the people at the Dry Store were nothing short of awesome. They helped me find both work and warm clothes to wear for the next day and stayed open late to do so.

My clothes and bags came back the next evening. They were wrapped in plastic, everything starched and pressed. I’ve never seen socks so flat. I’m pretty sure they ironed them. And yet, my nice part-polyester blouses were all wrinkled. How do you even get polyester to wrinkle? I bought them because they’re not supposed to wrinkle. 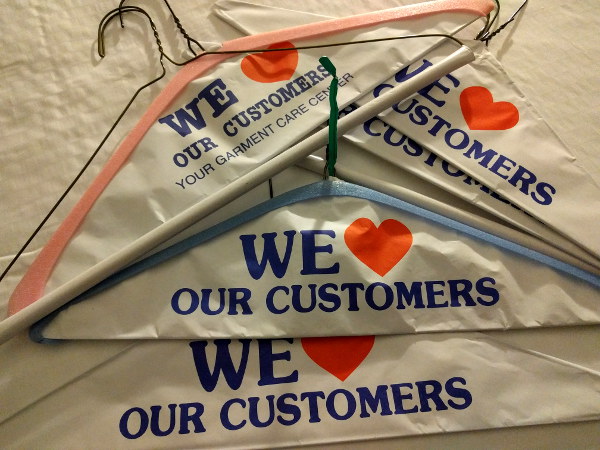 This could have been a lot worse. The bites didn’t show up until 3-days later, which means if I hadn’t found the bug then the hotel wouldn’t have known to inspect the room or send all my stuff away for cleaning.

And, I am such a paranoid traveller that my butterfly bag never hits the ground in a room, never touches the bed, I never unpack, and everything moves through a series of zipper pouches and cubes. Toiletries get pulled out and hung up on the shower bar right away. This is partially because of bugs, partially because hotel rooms are gross, and partially because I want to be able to pack and leave in less than a minute.

In these many decades of travelling, I have no idea how many times I’ve had to leave a room suddenly… it’s a lot of times… but I’ve only ever had three known encounters with bed bugs (Malaysia (hostel), India (apartment), and now New York (hotel)).

I did learn a few things from this experience. I have a rain shell that’s always in my bag in the front pouch as a back-up jacket. I should put this into a sweater bag so I can be 100% sure that it doesn’t need to be treated (and then I have a jacket when these things happen).

Also, you’re on your own with electronics… and I have enough gadgets in my bag to take over a country. So, having a few extra-large Ziplocs on hand to dump everything into is a good idea. And, once in the bag you can use a blowdryer to heat everything up (to kill bugs) before cleaning.

0 comments on “The Joys of Travel: LaGuardia & Bedbugs”Add yours →