As helicopters swirl above our house and as troops in black SUVs fly past our house because it is one of the only dry routes into the flood zone, I can’t help but wonder why there is so much flooding? First it was Calgary, then San Francisco, and now Montréal.

Is this the new normal?

We are in the middle of the flood zone but are still dry. Our basement flooded a few weeks ago; during the melt. Montréal got a historical amount of snow in March and this was coupled with a sudden change in temperature… followed by unheard of amounts of rain. Fortunately, houses in Montréal usually come with a sump pit because this is not unusual. Unfortunately, we had to run three pumps to keep the water level down because of the sheer amount of water coming into the house… and there were points in time where the pumps couldn’t keep up.

As such, water came up through the cement and we’re now cleaning up efflorescence because we own a historical house. What is efflorescence you ask? 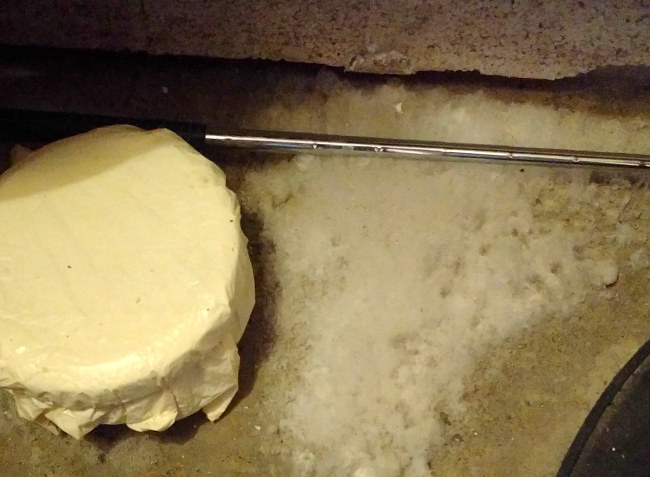 Efflorescence is harmless and appears on cement and masonry (mould only grows on non-rock materials); it’s basically salt, minerals, and chemical that get forced out of rock during flooding. It’s more common in historic houses that were built before the advent of modern cement mixtures.

But, what we experienced is nothing compared to the flooding caused by the Rivière des Prairies. All that spring melt, coupled with tremendous amounts of rain in Ontario and Québec, and abnormal Great Lake water levels (controlled by dams) have caused all that water to come this way and flood various communities throughout Ontario and Québec.

And, it comes suddenly as was shown with these houses in Pierrefonds. The first photo was taken when the families on Rue des Maçons started to see water coming up through the storm drains. They worked hard for days moving their stuff and building up sandbag walls. Every time I passed by the street residents were sitting outside watching the levels and shoring up their walls. 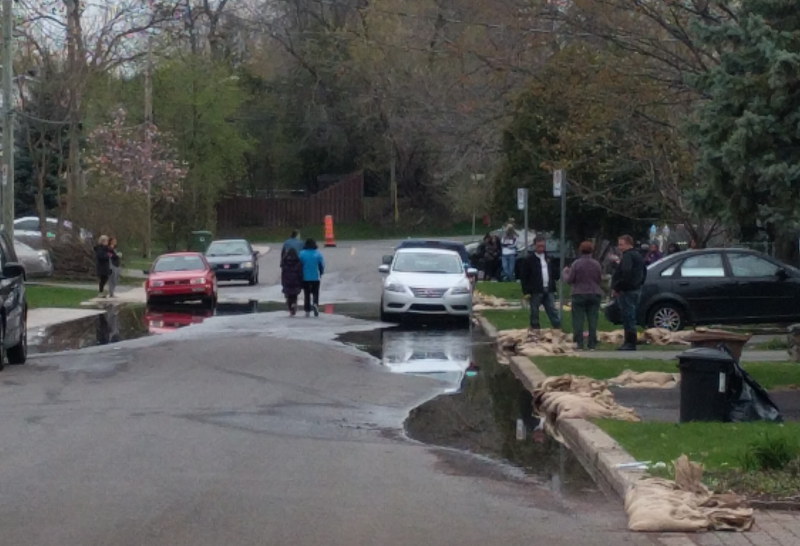 A few days later residents heard a tremendous rush (I heard it up the hill) and the water smashed through the sandbags, through doors, and flooded houses in a matter of minutes. The levees broke. Residents barely had enough time to get out. The second photo shows what it looks like now. 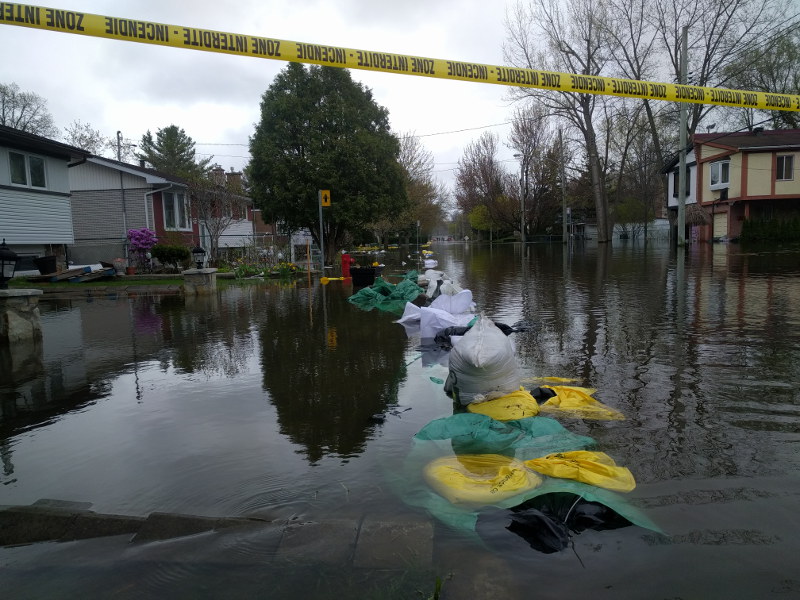 The photos below are from all around Pierrefonds. One note about all of this (because the hate and snark is neverending on news sites and social media): this is not a flood plain. This community has been around for a very very very long time… and the areas that typically flood was long ago converted into parklands and open fields.

These people need help and not an Interweb face-smack.