For the posts on Jack McEachern and group of men from Cabri/Mill Village who fought with the 209th Battalion, start here.

We went to the Dominion British Cemetery in Hendecourt-les-Cagnicourt to look for Jack McEachern. With me came blossoms from the Orchard Dump Cemetery… an offering of sorts… or a connection between two people: Max and Jack: the only two of the boys from Cabri to die in the Great War.

But, this cemetery is hard to get to. Not only is the graveyard in the middle of miles and miles of open farmland, the roads… aren’t roads. 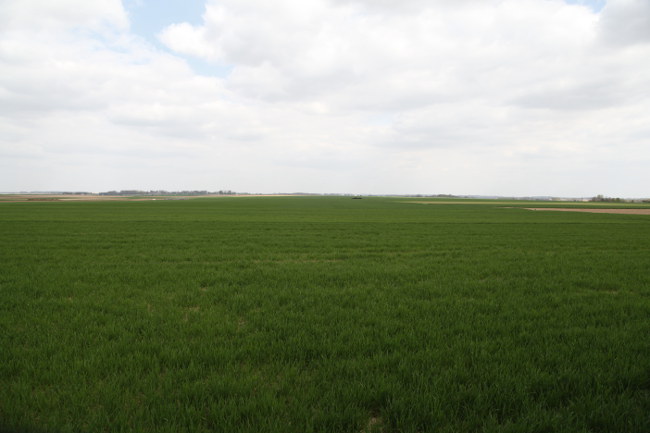 In my Jeep it would have been an easy journey; but, in a small rental car with little to no wheelbase, it was slow going and involved being wary of mud and potholes. And, you are competing for space with farming machinery.

Eventually, we made it.

This is not one of the big cemeteries that draw students and placards and elaborate memorials. I don’t think many venture this way. But, it’s still pristine and very well kept. And, as an FYI, if you request flowers be sent to a Commonwealth Grave, the commission will comply and deliver.

The Dominion Cemetery has the word “British” in it, but it was created by Canadians and most of the burials are Canadian: 214 of 227. A large number of these men died in September 1918 during the Battle of Canal-du-Nord. More about Jack’s death can be found in this post.

It’s a quiet little cemetery; a great final resting place for a farmer. 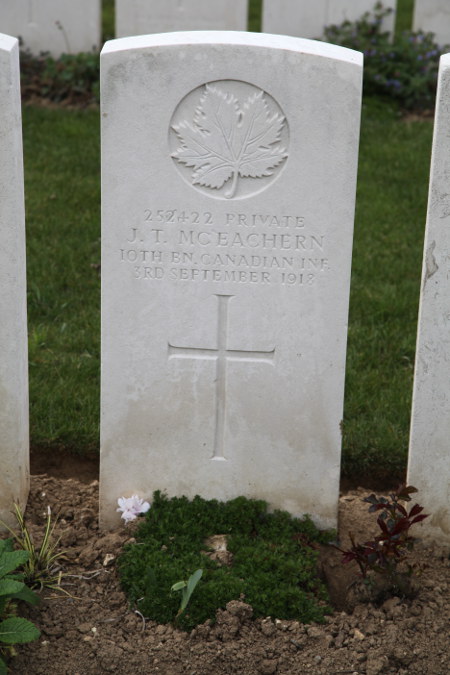 0 comments on “The Dominion British Cemetery (a.k.a. Finding Jack)”Add yours →