On April 28th, it will be exactly 100-years since my relative (Max McKinnon) died on the outskirts of a small medieval town named Arleux-en-Gohelle. 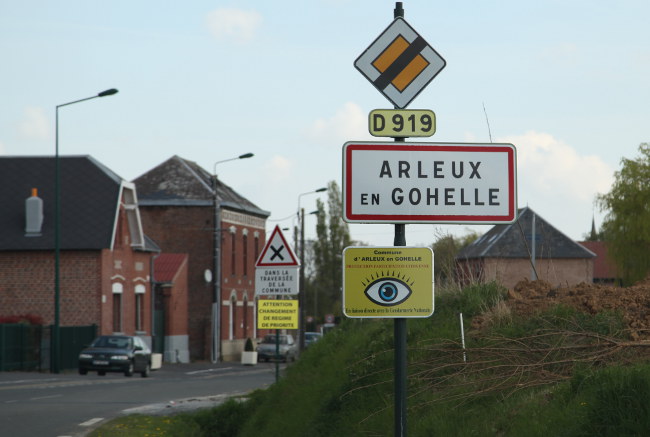 When the family received notice that Max had been killed, they were told that he died at Vimy Ridge. A funeral was held on May 27th, 1917, a military gravestone was erected in the community graveyard, newly born children were named after him, and people moved on. Very efficient. Very clean. Very glossed over. 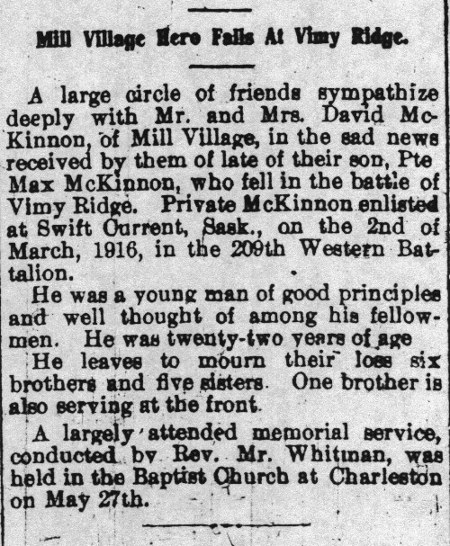 From the McKinnon Family Records

It’s not that clean.

While military historians and the press celebrate/remember Canadian victories at Vimy Ridge, the Somme, and Passchendaele, Arleux-en-Gohelle is largely overlooked and/or forgotten because it accomplished very little (according to the military and history).

Arleux was a bloody and costly battle: 3213 allied men died on April 28th… 860 died on April 29th, many because of the wounds sustained during battle… and 460 on the 30th. These numbers don’t include German soldiers who were neglected, starving, exhausted, and unable to fight back even though their numbers far outnumbered those of the Canadians.

This battle was bloody for everyone. 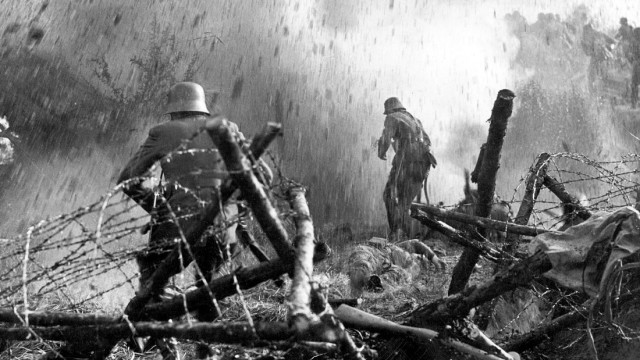 Photo from the German Bundesarchiv

From the group of men that left Bramshott for the front with Max, 19 died (that’s 19% of the men)… and only 3 of these 19-men were ever identified: two wounded and one who was exhumed and identified during reburials (more on reburials in a bit). 19 were wounded by gunfire or shell shrapnel and one man accidentally burned his face just before the battle (Note: This number and the details will likely increase when I get access to the P-Z records, which are currently not online).

Not all of these men died or were injured in “Arleux-en-Gohelle.” The “Arleux” campaign involved other communities like Willerval, Farbus, Thélus, and Fresnoy-en-Gohelle. “Arleux” became the catchall for everything that happened in the region on April 28th and 29th, probably because the capture of the Arleux Loop was the only successful component of this battle. Two of the 100-men were listed as going MIA in Willerval. Another was found in Thélus.

The 10th Canadians were initially tasked with taking “Arleux-en-Gohelle” and “Fresnoy-en-Gohelle.” The goal was to capture a series of German trenches on the outskirts of a town called the Arleux Loop, part of the Hindenburg Line.

Assuming that Max died at Arleux-en-Gohelle, there are a handful of documented incidents where he could have been killed. My source for information mainly comes from a book called, The Gallant Canadians by Daniel G. Dancocks. Details in the book come from careful research, survivor accounts, and military records.

I’ve studied the war diaries for that day and letters sent back to Canada. I have NOT been through 10th Battalion materials from the National Archives; specifically the daily record/orders. It’s on my list to see which Company Max was absorbed by. This is a missing piece of information that will tell me where he was in the battle.

It will also give me clues into the manner of death. There are three possibilities (if Max was in Arleux-en-Gohelle):

Number 1: A Shell Hit the A Company in the Support Trench

The “D” Company struggled with the barbed wire on the left of the German trench; this was supposed to have been removed by artillery fire… and bad intelligence said it was. However, the barbed wire was still intact when the “D” Company arrived and men were killed by gunfire as they struggled to cut the wire (both officers and enlisted men). The “B” and “C” Companies were able to get through, in the centre and on the right.

Time spent above in no man’s land was limited. This was planned and the 10th used a creeping barrage for cover. And, once in the trenches the “B” and “C” Companies were forced to fight their way into town. Most of the resistance came from behind rubble and from basements. Many men died here from gunfire; some were shot or bayoneted in the back. Many heroes were made as well… and hero accounts are well documented.

This was one of the few battles where both sides were able to go into the field and bury the dead. For those who died close to Arleux, a graveyard was created in what is now known as the Orchard Dump Cemetery. In this cemetery are 736 identified and 2287 unidentified men from World War 1 (there are also World War 2 graves here).

Not all of the unidentified men come from Arleux. After the war, battlefield graves from other areas were moved here to consolidate; and, there are also some unidentified who come from other cemeteries that were destroyed by artillery.

We adopted this cemetery and a grave within the cemetery as a “surrogate” to represent Samuel Maxwell McKinnon. For all our relatives, my dad put together little bags with a photo, a memorial plaque, some pebbles from Mill Village, and a poppy. We buried this in a surrogate grave. 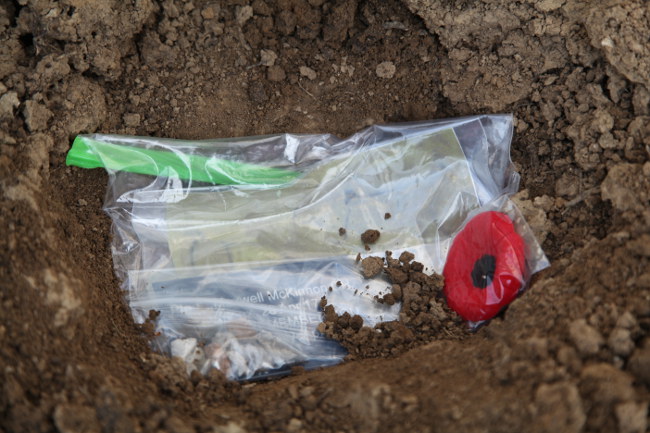 But, this is not where our research ends. I met a man in Belgium who spends most of his time trying to identify the unidentified dead; he introduced me to the world of reburial records.

On May 12, 1917, Sir Fabian Ware was given permission to create the Imperial Commonwealth Graves Commission (CWGC); he had already worked tirelessly for the Red Cross throughout the war to identify and mark the places where men fell in battle. In 1921, he and his team secured land on the battlefields to create permanent graves and memorials for those who had fallen.

In 1921, the CWGC then took on the task of finding, identifying, and reburying whomever they found in the field and in graveyards. What graveyards exist today and the identification of the body within exist today are because of these men. They were as meticulous as they could be in 1921. 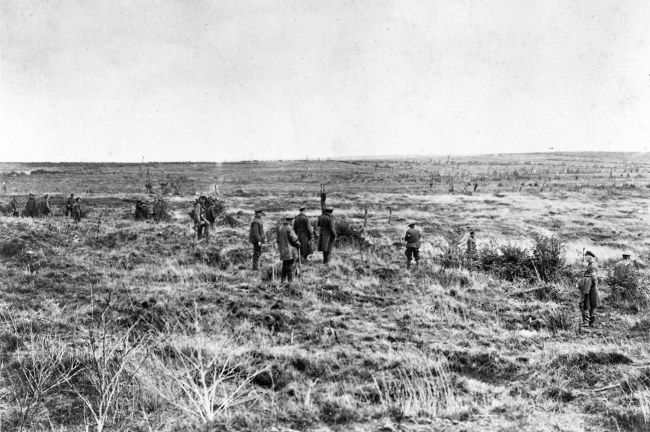 The Orchard Dump Cemetery was one of the cemeteries where the CWGC dug up the soldiers to attempt to identify; there are partial records online for these reburials and more information and personal effects in the archives in Maidenhead.

The barrier to identification in 1921 was that during the aftermath of the battle, soldiers took the identity disks off dead bodies (there was only one disk) and brought them back to headquarters. As such, I’ve noticed that soldiers previously listed as MIA/presumed KIA were later identified during reburials. I’ve made a further jump: those who were immediately listed as KIA in the War Diaries were found and had their identity disk taken.

This is good news for Max who was immediately identified. It means that there is a good chance that there is a body… and that it was found and buried as an “unidentified soldier.” Assuming he fought at Arleux, this limits my research pool to a small number of men who were buried in one area of the Orchard Dump Cemetery. It also means that he’s not sitting in a shell hole or still missing.

This is where I am currently researching. As mentioned above, bodies were documented and personal effects were taken from these men; and, these still exist in the archives in Maidenhead. More data is needed to narrow down possibilities… and at some point, we’re going to need DNA. But, we’ll get there.

Arleux-en-Gohelle was never really rebuilt to its former self. It’s now a small bedroom community of 800-ish people surrounded by lush farmland. The village was deserted when we visited. Likely because everyone leaves during the day to work in Arras or elsewhere. Whole swaths of the town have been left undeveloped.