Cabaret-Rouge is close to Vimy Ridge (France) and is one of a handful of cemeteries we visited outside of Ypres and Passchendaele. We travelled here to visit the grave of a great-uncle: Joseph McKenna and leave a memorial bag.

Cabaret-Rouge is named after a popular café that stood here in 1914. It was a frequent destination for Commonwealth soldiers until it was bombed by German forces in March 1915. Burials started in 1916 and this cemetery is still one of the few “open” WW1 military cemeteries; meaning, that if the body of a soldier is found today he can be buried here with thousands of other unidentified remains.

Joseph Lester McKenna (#223327) was born on October 17th, 1896 in Weymouth, Nova Scotia. He was 5’9 and a half, 140lbs, and had blue eyes and black hair. He had a scar on his left elbow when he enlisted in Halifax with the 85th Battalion (Nova Scotia Highlanders) on November 8th, 1915… just after his 19th birthday. We presume he is somewhere in this photo from the National Archives. 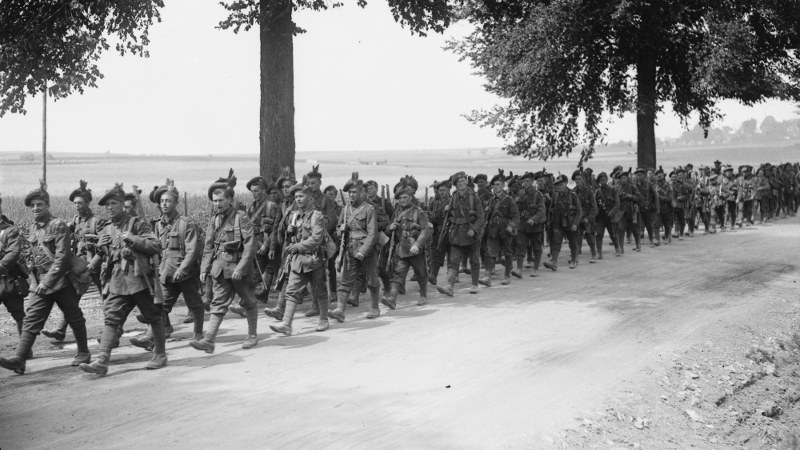 Joseph was killed in action on June 14th, 1917 in the Liévin trenches during an attempt by Canadians and Allies to move the Souchez lines South of the Souchez River (part of the Lens campaign); gas was used during this attack.

According to the war diaries, during the 13th and 14th, the 85th was tasked with expanding the Callous and Candle trenches (previously taken and held by the 102nd Battalion); there was heavy artillery and gas from the enemy in the evenings on both these days. I mention the 13th and 14th because these two dates show up in Joseph’s death and burial records so it’s likely that the actual date of death was estimated.

On the 15th of June, the order went out to “clean up” the Callous trench; there is no mention of troop casualties, but one can surmise that artillery or gas hit the Callous trench. Other researchers have determined that numerous men died in the trench on these days.

Joseph’s body was identified and buried in the North Angres British Cemetery close to where he was found. Trench maps from 1917 show the cemetery to the North of the Allied trench lines. A decade later there is no record of a Commonwealth cemetery in Angres. This is likely because smaller cemeteries were consolidated into larger ones after the war.

According to records, Joseph was buried with others from the 85th Battalion… none had any personal effects on their bodies, and all were given a standard cross. During exhumations and reburials in 1925, there is mention of a body (mapped to North Angres) and paperwork showing the purchase of an enhanced memorial headstone for Cabaret-Rouge.

I mention the “body” because there is speculation amongst researchers that the North Angres Cemetery was later damaged by artillery and the headstones at Cabaret-Rouge are over empty graves; however, Joseph’s name is on the exhumation list so I assume there was a body to exhume.

My dad left a small memorial bag under Joseph’s headstone. 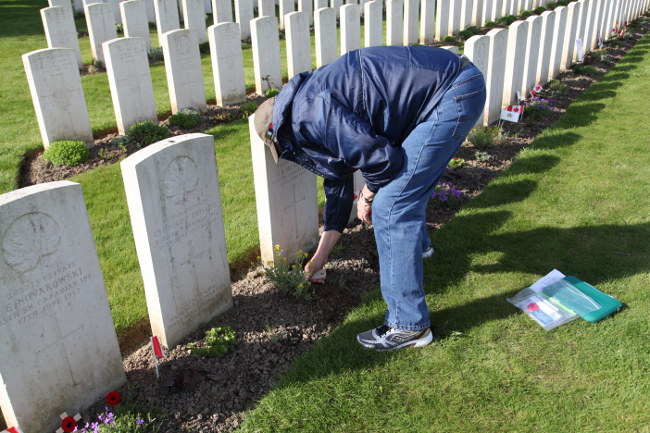