In May 2000, an unknown soldier was exhumed from a Canadian grave at the Cabaret-Rouge war cemetery in France and moved to Ottawa for a grand ceremony, military procession and final burial in a tomb by the National War Memorial. 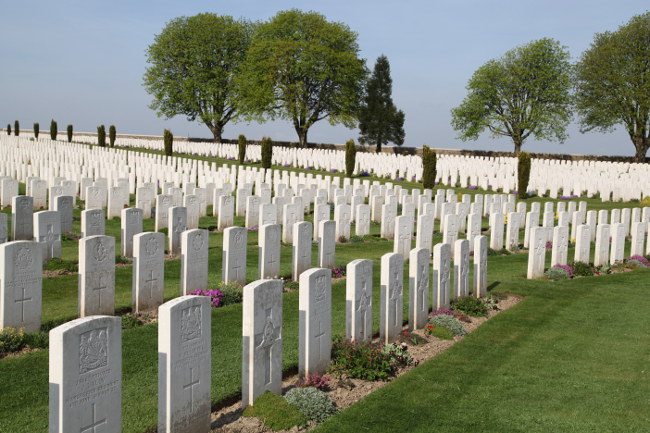 His remains represent all 28,000 unidentified Canadian soldiers who lay anonymously with no known grave.

I’ve wanted to attend the National Remembrance Day Ceremony in Ottawa for a very long time. Finally, in 2021, I was one of a small number of people who were able to attend, pay my respects and see the tomb.

The vestiges of the unknown soldier aren’t limited to the National War Memorial.

There is a small, quiet reflection area in the middle of the Canadian War Museum where on November 11 at precisely 11:00 in the morning, a ray of sunlight comes through a window to shine on the headstone taken from the grave of the unknown soldier.

To experience this is incredibly moving.

Only one person is allowed into the reflection area at once. For those folks who are unable to be in Ottawa (or the war museum) at that time… the event is live-streamed on the museum’s remembrance page.

Ever wonder why so many men from the first world war are listed as unknown soldiers in CWGC cemeteries?

It’s because the identity tags worn by soldiers during WWI were not metal. They were made of leather and were REMOVED from bodies after a battle and brought back to HQ for logging who was KIA.

When the Commonwealth War Graves Commission (CWGC) returned to the front after the war to retrieve bodies, they couldn’t identify the men because…their identity tags had been removed. Those tags that weren’t initially recovered rotted with the bodies.

This is why soldiers now wear metal dog tags. And, it’s also why people like me (and many others) sift through medical, archival and burial records to try and give these men names.

0 comments on “Remembering the Unknown Soldier”Add yours →