I have a new obsession: les moulins. In Québec, they pepper the landscape and turn up when you least expect them. There are 18 documented historic windmills in Québec and in many cases they still perform their primary function: to grind grains into flour.

The Moulin Grenier sits peacefully along the roadside in Repentigny. It’s not hard to find… just drive along Rue Notre Dame and look for a massive Google Maps location marker, which stands out like an unnatural thumb in the snow/grass. If you somehow miss the marker (nearly impossible), look for the mill’s cylindrical three-storey stone tower and red conical roof. 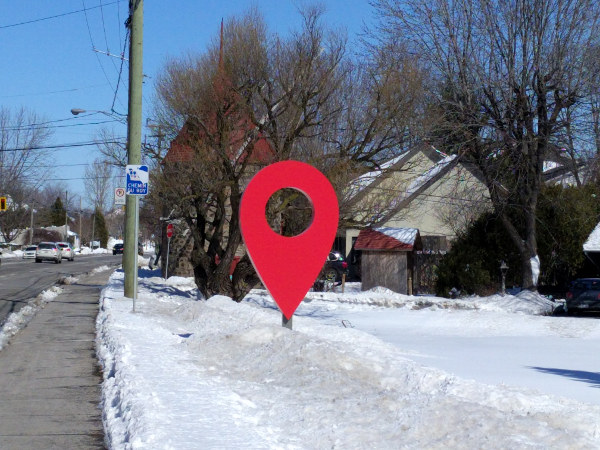 I wanted to do a bit of research on the mill and land it rests upon. Québec is the only province in Canada that is governed by French-heritage civil law; and, in the case of land, the old French feudal system still exists. Theoretically, this makes it easy to track documents, land grants and transfers.

However, during the 2002 municipal reorganization in Québec, the province restructured land holdings and renamed/merged many of the old townships. This makes it difficult to search archival records if you don’t know the original township names. For example, when we bought our house all of our legal documentation was for the township of St. Genevieve, which was the name of this community for hundreds and hundreds of years. But, according to the current Québec Government, we live in Pierrefonds.

The mill dates to 1820 and was built by a farmer/miller named François Grenier (Guernier, Garnier). I did manage to find an 1840 Anciens plans de seigneuries for François Grenier of Repentigny, Québec. It shows a long, thin tract of land at the edge of the St. Lawrence. The windmill is marked as a dot. 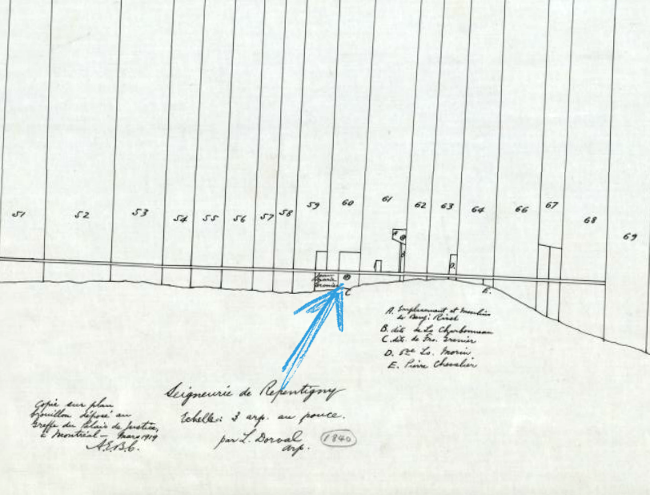 Originally, the seigneurial system was a land settlement program based on the French feudal system (1627). Lands were given to ranked men who served in the clergy, military or were part of the French aristocracy; these men were called seigneurs.

The land was divided into five by 15-kilometre plots and then further subdivided into narrow, but long lots for settlement. The shape of the lots gave people access to the Saint Lawrence River and neighbouring farms. The land was worked by farmers called habitants and hired engagés.

The Seigneur for the land on which the windmill sits was Pierre Legardeur De Repentigny and two townships formed on his land: Le Gardeur and Repentigny. The two merged in 2002.

I’m not sure the stated of the feudal system by the 1820s in Repentigny. A few years after the map above was drawn, François Grenier shows up in the 1825 census (with 3 children; he lived next to his brother who had 5-children). Decades later he shows up in community voting records, public works infrastructure records, and as the mayor of Repentigny.