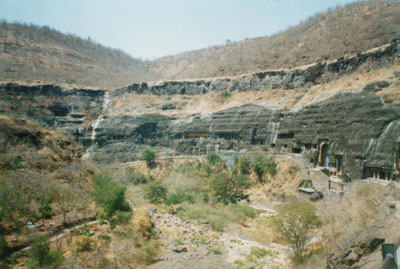 Ajanta’s journey was with Steve from Crawley and involved another Indian bus adventure. The journey was a “whenever” thing and we smushed into the bus with hundreds of people and two huge packs. Once again I threw my pack onto the floor and sat down on it. Steve did the same and after pulling out my checkerboard we played a splendid game of checkers. I was losing really badly when we reached a stop and managed to score a couple of seats.

The Ajanta caves consist of 30 caves, some of which are unfinished. As a whole, they date between 200 BC and 250 AD and are cut from the volcanic lava. Because this is a well-known tourist destination we were assaulted by the usual beggars, sellers, rip-off artists, hash sellers, tour guides, touts and such. At one point we sat in the restaurant at the mouth of the cave to collect ourselves and get a mental break.

This is where we met Dana, a woman from Toronto. She was sitting at the table next to us reading a book and surrounded by men when she finally stood and came over. Out of her mouth came the quote of the day: “I don’t know why these Indian men insist on sitting with me so I can be bored by their conversation.” I loved her right away. She laughed at everything and has many great stories to tell. In Goa she got into a motor scooter accident when she was driving along and hit a goat.

After a much needed mental break, we headed to the caves. The first two had most of their murals still intact. To enter these caves you need to buy a light ticket to get in; probably to help pay the electricity bill. On the walls of these caves were scenes from the epics and pictures of naked women. This surprised me because I’ve heard that when Muslims find nudies they sandblast them off the walls. These may still be intact because the caves were not discovered until 1819 Captain John Smith while on a hunting expedition. 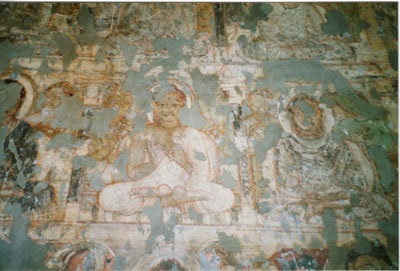 In most of the first caves, you find Buddha in various different states. However, as you move away from the first caves you find less Buddha and more alluded Buddha in a painting of the lotus flower and the wheel. As we worked our way through the caves we would find something really surprising: like in one of the final caves was a chamber where if you hit the pillars they made music. Supposedly these pillars were made in a perfect musical scale. As I closed my eyes and listened to the music it was like I could hear monks chanting. It was very magical; like the music carries you back in time. It was a very peaceful place. 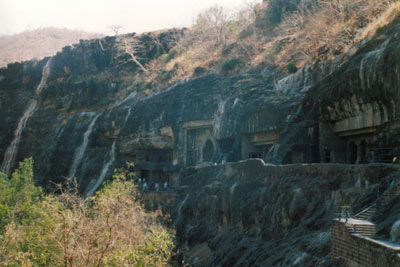 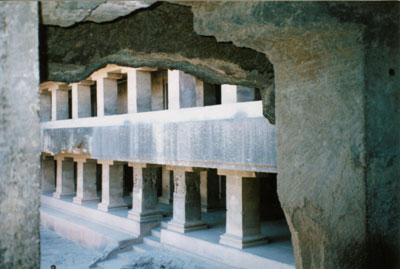 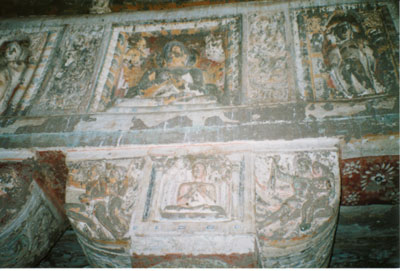 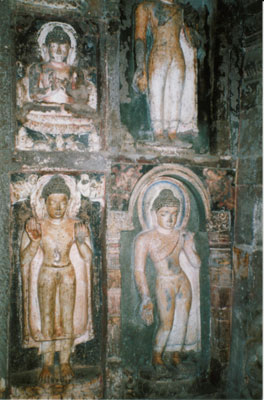 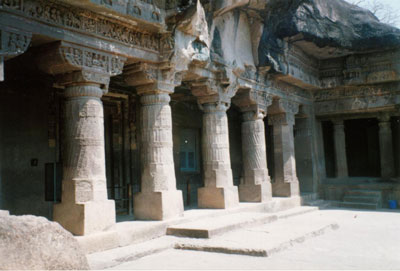 The bus ride to Jalgaon was short. We caught a jeep ride to the next town for 5 rupees and then took the bus. In Jalgaon, we found a very good hotel; the hotel Plaza where rooms are 125 rupees. They are clean, the staff is amazing, and there are a TV and a bathroom with a shower in each room (and a toilet that works!).

0 comments on “Ajanta and Jalgaon”Add yours →