Founded on Easter Sunday, March 31, 1782, Mission San Buenaventura was the sixth of 21 missions and the last to be dedicated by Father Junipero Serra (the statue is seen in the photo below).

It has seen more of its share of drama over the years: earthquakes, a tidal wave, and an almost attack by a pirate in 1818.

The gardens of Mission San Buenaventura have been well-tended over the centuries. Even the vegetation has a story or two associated with them. Two very large pine trees are professed to have been planted over a hundred years ago by a sailor wanting wood for ship masts. 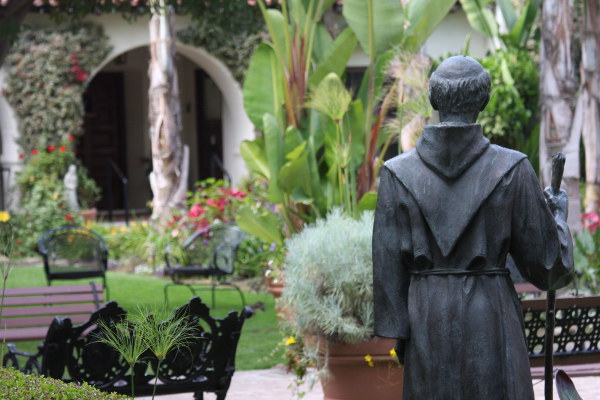 A sundial found in the garden. It wasn’t sunny the day I visited the Mission, so I couldn’t test its accuracy. 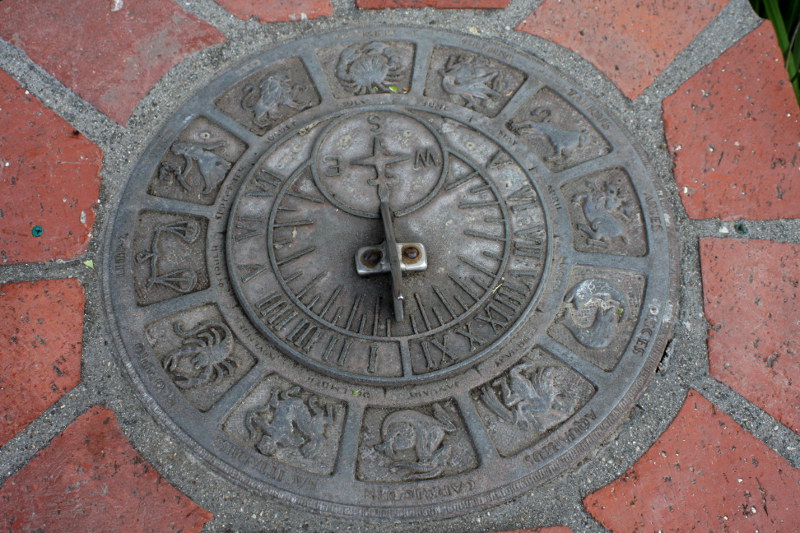 One of the side buildings with ceramic roof tiles. 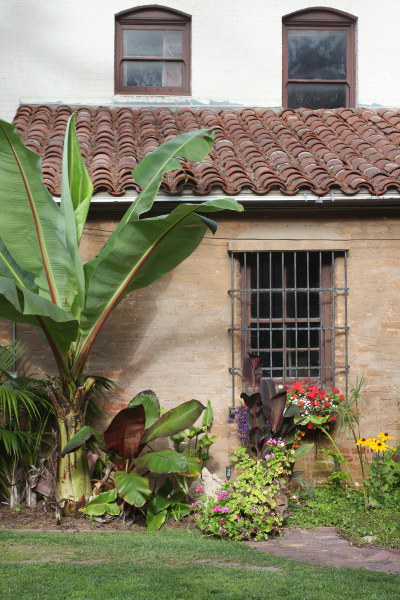 A closer view of the fountain found in the centre of the garden. This is a recent addition to the Mission. 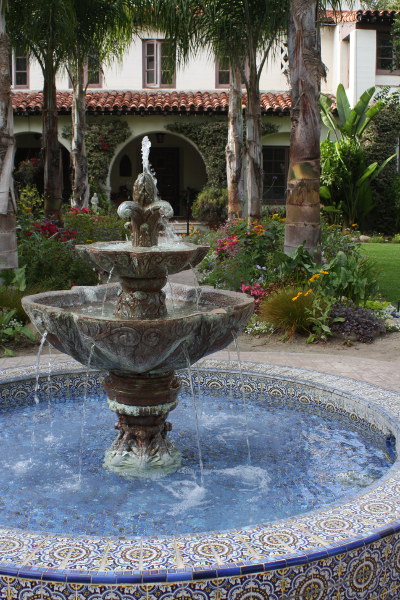 The town of Ventura has a lovely linking fountain chain just outside the walls of the Mission. They were cleaning it during my visit. 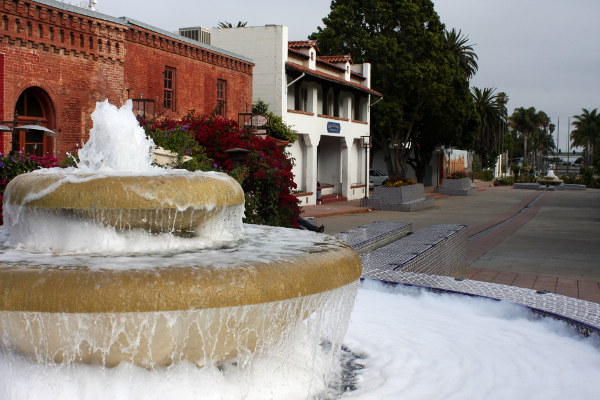 One of the many crosses that adorn the roof of the mission. The original roof tiles were replaced with shingles after the earthquake of 1857. These tiles were restored in the 1970s. 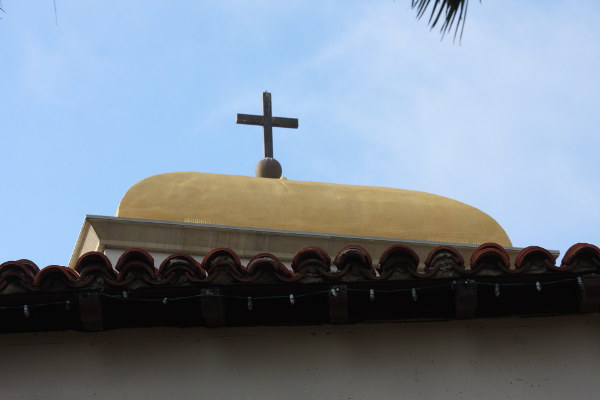 Like the gardens, the people of Ventura took care of the church after the Catholic Church abandoned the California Missions in 1833. Because of this, the building still has it’s original floors, walls and ceiling. Allegedly, the walls of the Mission are six and a half feet thick (look at the windows to see the depth). 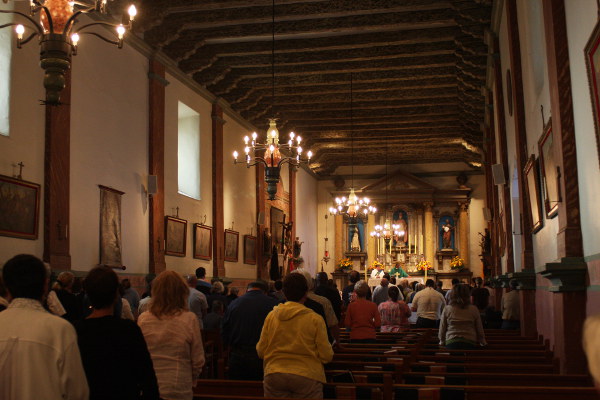 Finally, a statue of the Virgin Mary. 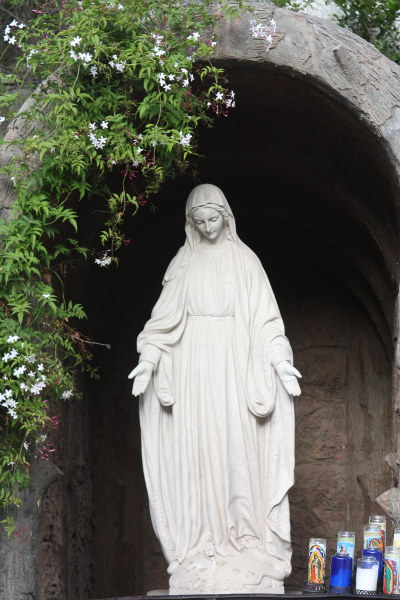 0 comments on “Mission San Buenaventura”Add yours →