Last but certainly not least, is the famous Fort Worth Stockyards: this is an area steeped in Texan history. The Stockyards were once teeming with real cowboys who drove their cattle to auction. At one time, this was the second-largest stockyard in the country and home to the nation’s two largest meat-packing companies. This is no longer the case and the Stockyards are now more of a tourist destination than a working centre (as was evident by the number of people wearing very clean looking cowboy boots and hats). 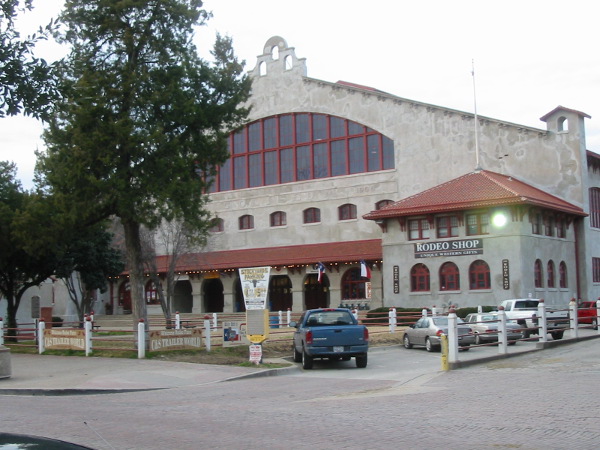 The first stop in the Stockyards was the White Elephant Saloon, the rumoured location of a famous 1887 gunfight between owner Luke Short and former Marshal T.I. “Long Hair Jim” Courtwright. We were a tad bit overdressed for the establishment and got a hearty, “This ain’t no dance hall,” from one of the patrons as we passed. 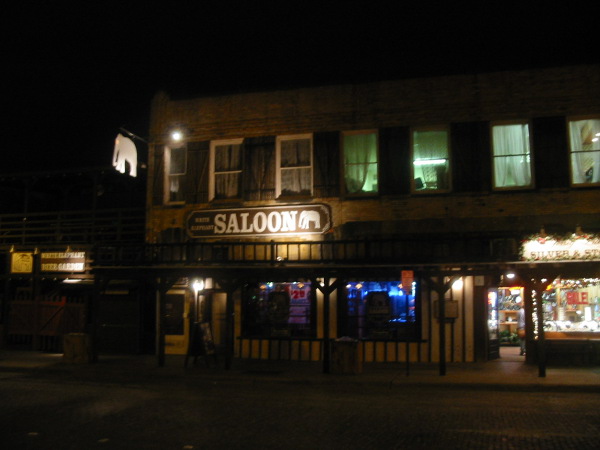 What is remarkable about the White Elephant is the number of cowboy hats bolted to the ceiling and walls, each with a small plaque under it depicting the name of the original owner. Each of these hats is believed to have belonged to members of the Texas Rangers who often frequented the Stockyards during cattle drives. 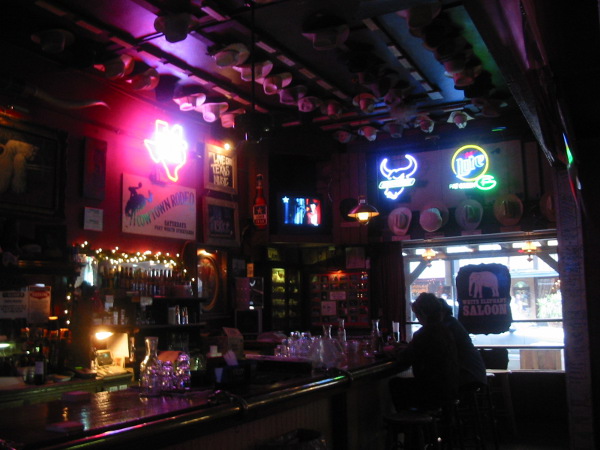 The next stop in the Stockyards was the Stockyards Hotel. The infamous duo Bonnie and Clyde once stayed at the hotel, which is an authentic-looking three-story hotel built in 1907. I am told that the lobby is a throwback from another era, with red velvet walls, tufted sofas, oak floors and a large staircase leading to the second floor. The attached restaurant is where we supped for the evening; the meal was fabulous and the conversation even better. 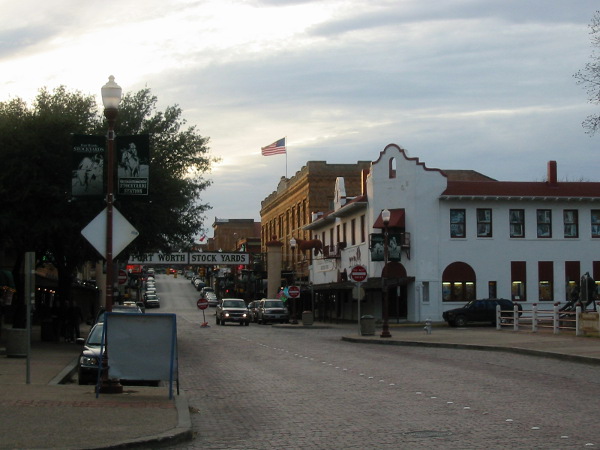 0 comments on “The Stockyards, Fort Worth”Add yours →