The Dine Out Vancouver™ Festival runs from January 18 – February 3, 2013. This gives people in Vancouver a chance to get out and experience the city’s cuisine during the coldest, wettest, and darkest month of the year.

I do have to say that lunch in Vancouver is always a culinary adventure… not because the food is strange or because its hard to find good food, but because of the sheer amount of choices. There have been times where I’ve walked with co-workers trying to decide what to eat and it’s difficult to pick. Do I go to one of the many food trucks? The classics? Sushi? Deciding every day was difficult because there are so many great places to choose from. Similarly, picking the Top 5 below was equally as difficult. 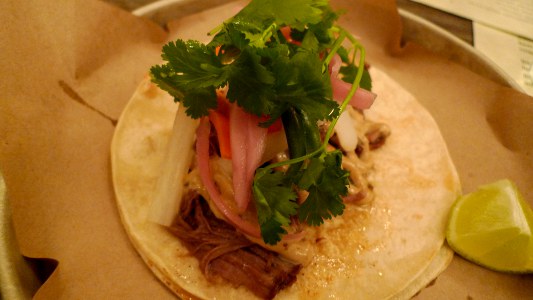 Tacofino started in Tofino… as a food truck. But as it grew in popularity, the bright orange truck soon found a way to come to Vancouver. Popularity continued to increase and the orange truck (Robson Square) was joined by a blue truck (Burrard) and eventually, the owners also opened a bench-style restaurant in East Van.

For the restaurant, not much is different, on Burrard and Robson people line up outside the hippy styled (but environmentally conscious) trucks… in East Van people wait patiently at the bar for a seat on one of the many benches that line the restaurant. The tacos here are the best I’ve had North of Los Angeles.

I would have ranked this restaurant higher… except the last time I was there, the service was quite abysmal. 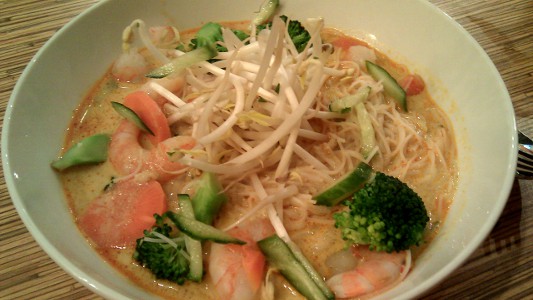 I wasn’t the first person on my team to discover Freshbowl. In fact, in the early days I usually passed by their Pacific Blvd location on my way for sushi. However, one day people showed up in the office with take-out and I couldn’t ignore the tantalizing smells and good looking food. Thus began a life of weekly cravings.

I remember one moment when after a few week’s hiatus from Vancouver, the entire project team was sitting together and the client asked, what’s for lunch on your first day back? The entire team responded immediately and in unison: Freshbowl!

One of the things I will miss the most about this restaurant is the times when I’ve sat with the owner and chatted about city gossip. He was one of my primary sources for what was happening in the city. 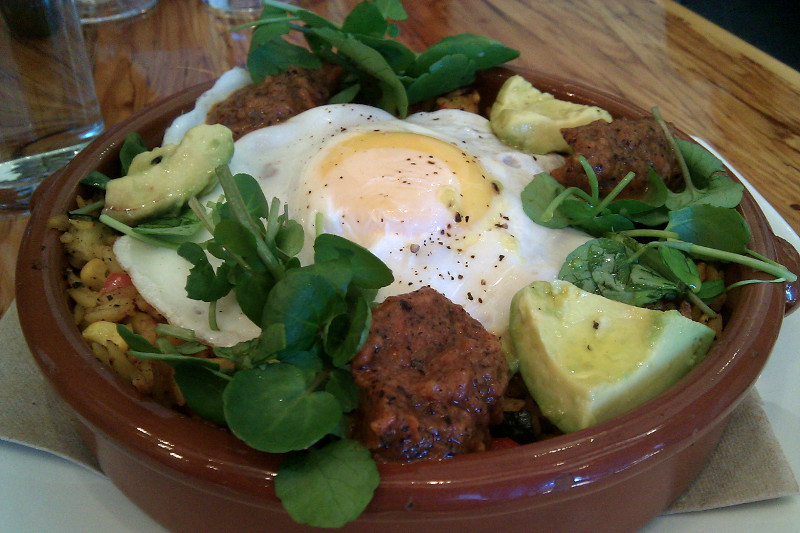 Two words: Lavender Latte. Because of these two words, this cafe almost ended up in two lists: the coffee list and the lunch list. And, if there was a breakfast list, it would have ended up there too.

The concept of Michelin star has not entered North America like it has in Europe. A Michelin star rating usually means a long line, a hefty price-tag, and food that will knock your socks off. I mention this because the owner and chef of Medina (and sister restaurant Chambar) has worked his way around the globe, often in Michelin star restaurants.

This doesn’t mean that Medina is pretentious or expensive… quite the opposite. It’s the kind of place where you will find a line-up, but once you’re in you’ll be sitting amongst the unassuming lunch crowd, mommy meet-up bloggers, and foodies… all enjoying a fantastic and quite affordable meal. 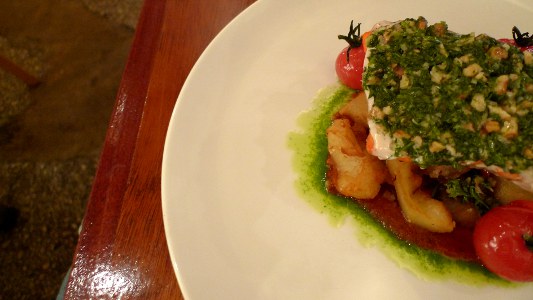 Make reservations, arrive early, or prepare to wait in line for a seat. Nuba is generally on the lips of every Vancouverite wanting really good Lebanese food. The biggest surprise on the menu for me was the crispy cauliflower (gluten-free). I hate cauliflower but somehow the restaurant has made it addictive; my mouth waters every time I think about it. Other crowd-pleasers: the Hummus, Baba Ghanooj and the Lamb Hushwie. The Rose Water Turkish Coffee is also pretty spectacular.

One final thing to note: Nuba is one of the easiest restaurants to go to when trying to accommodate a variety of different dietary restrictions. There are plenty of vegan, gluten-free, vegetarian, lacto-ovo, and meat options on the menu. 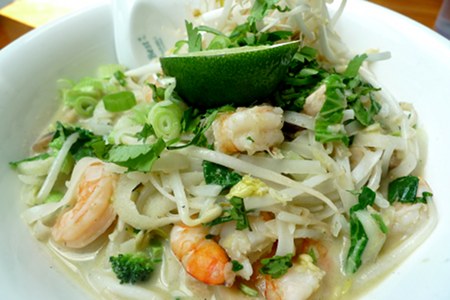 When I first arrived in the city I was told be careful, you’ll become addicted to the Noodle Box. From day one I honed in on this restaurant and it quickly became my lunch destination of choice. There are a variety of locations around the city but I found that the best of the best is on Homer. Here staff greet me by name, chat about their lives and eventually became my source for hip events happening in the city.

The food is a fusion of Thai, Malaysian, Vietnamese, and Cambodian. The business is socially conscious (gluten-friendly, Oceanwise, and part of the Tiffen Project) and you can easily get a quick take-out meal for under $15. The best part of the experience, however (think a person who moves from city to city, often alone) is there were a couple of people who worked here who treated me like a friend.

0 comments on “The Favourite Five: Vancouver for Lunch”Add yours →