The Dine Out Vancouver™ Festival runs from January 18 – February 3, 2013. This gives people in Vancouver a chance to get out and experience the city’s cuisine during one of the coldest, wettest, and darkest months of the year. From the Dine Out website: Diners can select from hundreds of restaurants each offering unique three-course prix-fix meals, many complemented by the Wines of British Columbia and Granville Island Beer.

In honour of the festival, I’ve put together a small collection of my favourite five establishments in four areas: dinner, lunch, coffee, and sushi. Most were discovered in Vancouver’s city centre and may or may not be participating restaurants.

Dinner was the most difficult of the four posts because it’d be easy to list five high-end French restaurants and be done with it (Chambar or Le Crocodile). However, I tried to provide a range of prices and styles. You may also notice that not one Chinese restaurant is listed below… I’m sad to say that in a year of being in Vancouver I did not encounter one Chinese restaurant. 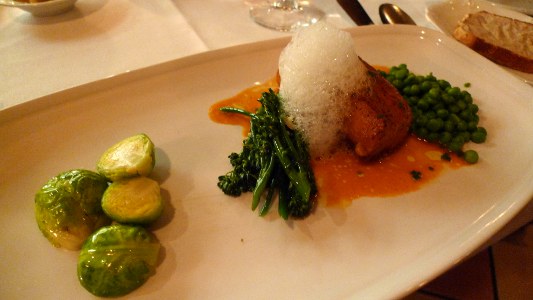 Cioppino’s Mediterranean Grill is more Italian than Mediterranean and is definitely not much grill. It’s high end, tasty, and a tad bit pricey… but it’s the kind of place where the head chef comes to your table to make sure the meal is enjoyable. And, even after a year of eating in many different wonderful restaurants in and around Vancouver, I still remember the taste of the fish pictured above and how it melted in my mouth.

I wrote more about Cioppinos here. 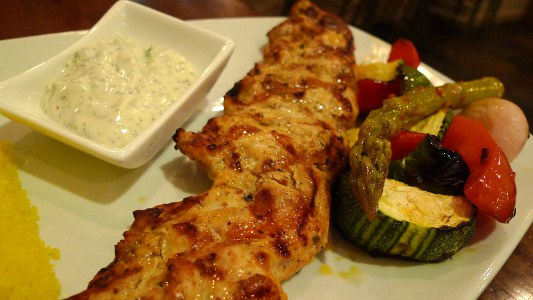 Laziza definitely fits the Mediterranean clarification and was the first true gluten-free restaurant I found in the city. For three months, La Niña and I lived across the street from Laziza. Not only was it a regular part of our week, but it was here that La Niña learned a lot about how to behave in a nice restaurant.

I still think about their sautéed mushrooms, scallops, and hummus. And, in July, Laziza added a wonderful Sunday champaign brunch. I wrote about Laziza here. 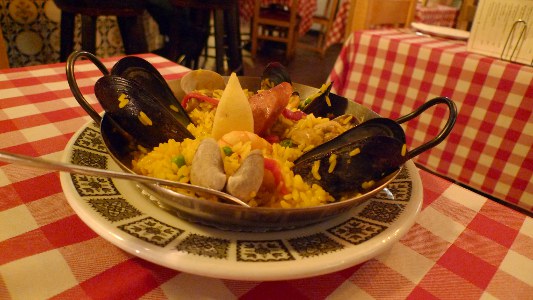 I’m a sucker for Spanish tapas and one of the first things I discovered in Vancouver is if a restaurant describes itself as being “Spanish” or having “Tapas,” then it is most likely Greek or Mediterranean. At the time of writing, La Bodega is the only truly Spanish restaurant in Vancouver, which is rather ironic given the city’s Spanish roots.

The restaurant has a menu full of tapas frias, tapas calientes (both meat and vegetarian), Spanish wines, and sopa y ensalada combos… all served with typical Spanish hospitality and spirit. 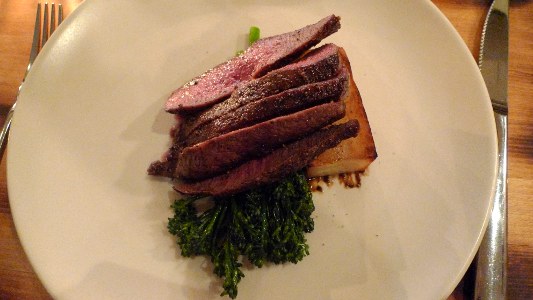 Fable is memorable and is one of the foodie stars of Kitsilano… I’ll recommend it to anyone who will listen. The menu is not fixed and changes based on availability and season (check their site for updates). For this reason, I’d classify this as a locally-sourced Canadian food restaurant, and in a culturally diverse place like Vancouver, it’s a bit of a rarity.

Dinner is my only experience with Fable (it’s outside of the core and requires a bike ride) but I’ve heard that they also have a lovely Sunday brunch. I wrote about Fable here. 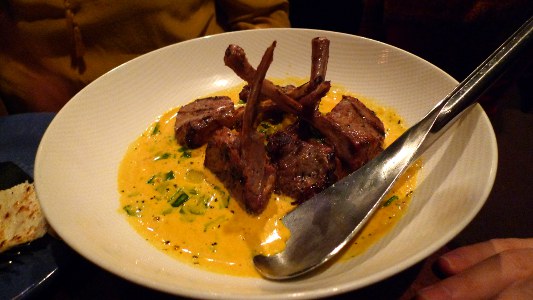 There’s always a line up at Vij’s and it starts before the restaurant opens. But rather than stand outside, you sit in a lounge area where you are served free hors d’oeuvre while you wait (a taste of what’s to come). And if you need something quickly, Rangoli is next door… same owner, same food, but a more casual and market-ish feel.

The lamb popsicles pictured above are always the big hit. And, if you’re eating gluten-free, let the waitress know in the waiting area so they can get make lentil naan bread while you wait (so it’s ready in time for your meal).

In a recent travel magazine, I read of one man who regularly flies to Asia and plans his flights via Vancouver with a stopover long enough for a meal at Vij’s. It’s not in the core (you can visit their lunch food truck for a quick fix during the day) but for Vij’s food, the bus trip up Granville is worth it.

0 comments on “The Favourite Five: Vancouver Dinners”Add yours →