The Dine Out Vancouver™ Festival runs from January 18 – February 3, 2013. This gives people in Vancouver a chance to get out and experience the city’s cuisine during the coldest, wettest, and darkest month of the year.

Really? Starbucks? I can’t believe that there are spurious claims that Vancouver… the bike-loving, coffee drinking, socially conscious, hipster city can’t do any better than Starbucks.

Of course, this is most definitely a red herring because Vancouver has a whole range of high end, award-winning, milk art topped espresso drinks. Below are the Top 5 coffee shops I encountered after a year of drinking espresso in the city. 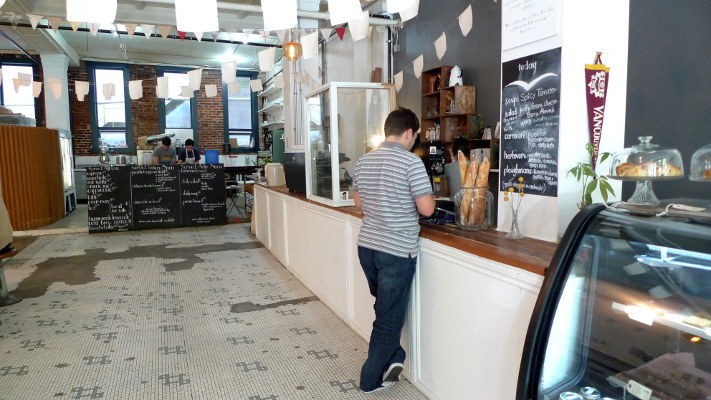 Hipster. Organic. Unique. Nelson the Seagull came highly recommended by one of my co-workers. Their espresso is the best in the city, he kept telling me so I decided one day to give it a try. Of course, the smell of freshly baked bread, homemade soups and sandwiches does even more to bring this little cafe up in my opinion. Nelson is located a bit off the beaten path on Carroll Street… but it’s worth the walk.

I wrote about Nelson the Seagull here. 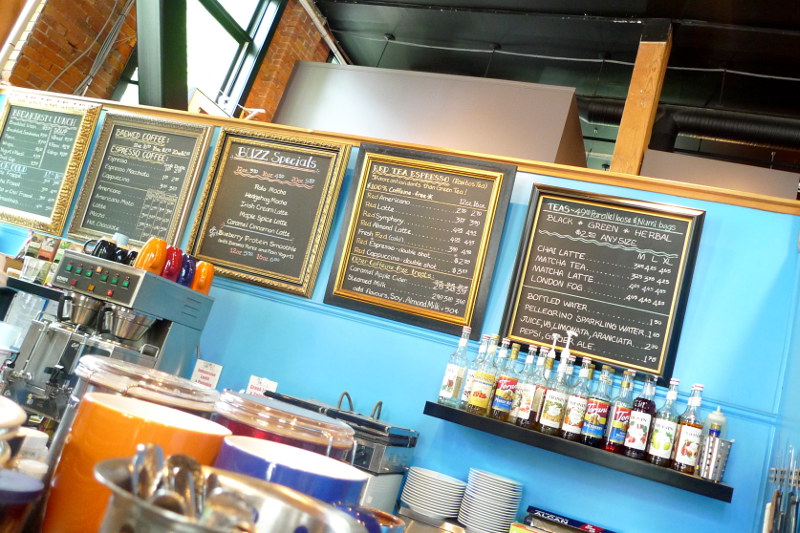 This was the first coffee shop I discovered in Vancouver, but strangely never wrote about (I’m not sure why). The cafe is part of a bright and airy gallery (Harrison Galleries), which provides ample seating amongst changing artwork that you can ogle while sipping espresso. The other wonderful thing about Buzz is you can rent out various rooms and enjoy a caffeine and art fuelled meeting. Lattes here are just as good (if not better) than all the award-winning shops in Vancouver. 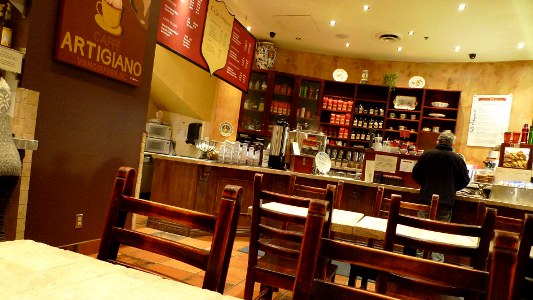 Way way back in 2000 when we were all just discovering lattes and Starbucks, Caffè Artigiano opened on the corner of Pender and Thurlow. Their push was for Italian-style coffee close to Vancouver’s ocean-front. They’ve since opened 11 cafes around the city, one in Victoria, and two in Calgary. The newest popped up in the lobby of the Opus Hotel while we were staying there! In all my time of drinking Artigiano lattes, I’ve only ever tasted one bad one… they’re pretty consistent.

I wrote about Artigiano here. 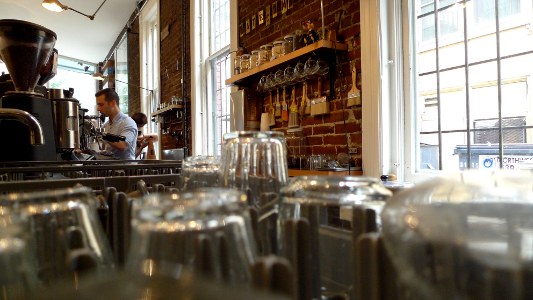 I learned a huge lesson with Revolver… about science, taste, acidity, and coffee quality. When I first wrote about this cafe I didn’t have a lot of nice things to say. But I kept going back and one day talked to the baristas about my experience. That’s when I learned about the science of coffee and they found a blended combo that worked for my palate. From that point on I made a daily trek out of my way to feed my Revolver addiction.

I wrote about Revolver here… but I take it all back! 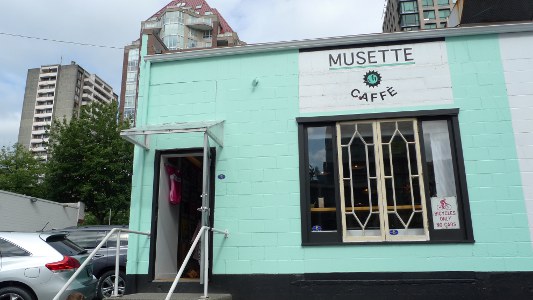 In my opinion, this is the best cafe in Vancouver. It has everything going for it: a European feel, it’s bike-friendly, the coffee is fantastic, and the people who work here are wonderful. Every time I walked into this cafe I felt like I was at home talking to friends… a really big deal for me… a person who changes cities frequently (often alone).

There once was a time when La Niña and I headed to Musette for one of their corn and gluten-free brownies. La Niña had a party to attend the next morning and I had forgotten to pick up a treat that she could bring so she wouldn’t feel left out. It was 10-minutes after close and the people working still let us in the door. The till was closed but they gave La Niña two brownies for the next day. This is the kind of place Musette is and I tell everyone I encounter that it is the best cafe in Vancouver.

I wrote about Musette here.

0 comments on “The Favourite Five: Vancouver Coffee Shops”Add yours →