They are aplenty and they range from gorgeous to rustic to fill a necessity. I’m talking about the bridges of Cambridge and below are four of the more famous and storied.

Clare College Bridge: This is the oldest of the bridges pictured below and was built in 1640 by Thomas Grumbold. The bridge is decorated with fourteen stone balls, one of which is missing a triangular chunk on its river face (the last one on the non-college side). The story I’ve heard over and over again is that the architect/builder was not paid in full for his work, so he took a chunk of one of the balls to exact revenge.

In the river below the bridge is one of the infamous Cambridge punting boats (and a gentleman trying his hand at punting for the first time). Apparently you’ve not fully punted until you’ve fallen into the river at least once. 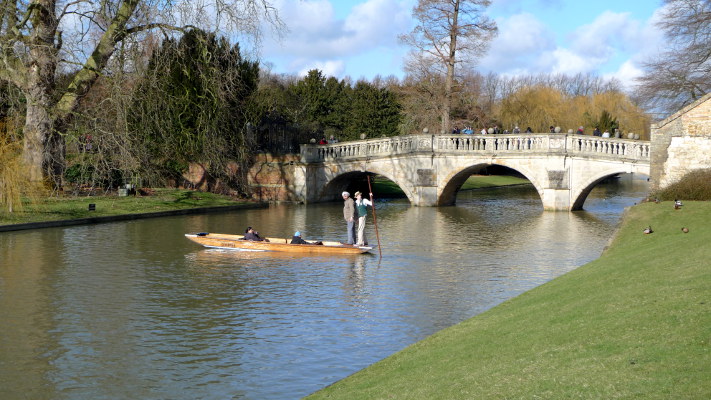 The Bridge of Sighs: One of the few Neo-Gothic covered bridges in the world (1830), this bridge is located at St. John’s College and is named such for the sighs of relief let out by students as they leave exams and head back to their dormitories. When you’re actually standing within the bridge you hardly know there is a river below because it is so dense (dense enough to support an Austin Mini hung under the bridge as a student prank). 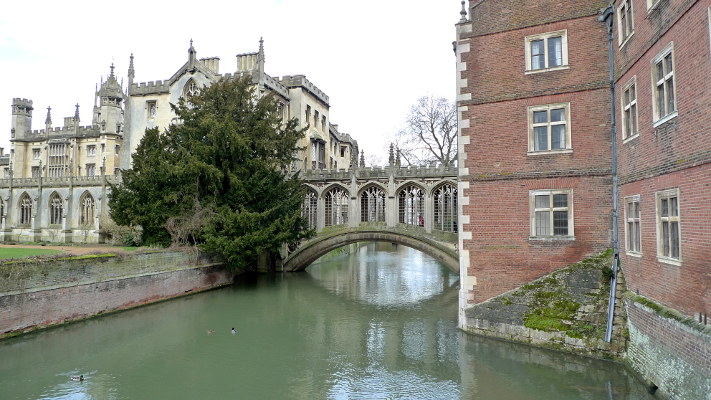 The Great Bridge / Magdalene Bridge: This bridge stands at the original site of the Roman bridge that Cam-Bridge was named after. Not as old as the 40 AD version, it was built in Gothic revival style in 1823 and rebuilt in 1988. Unlike the others, this is a vehicle bridge and sees a lot of traffic. 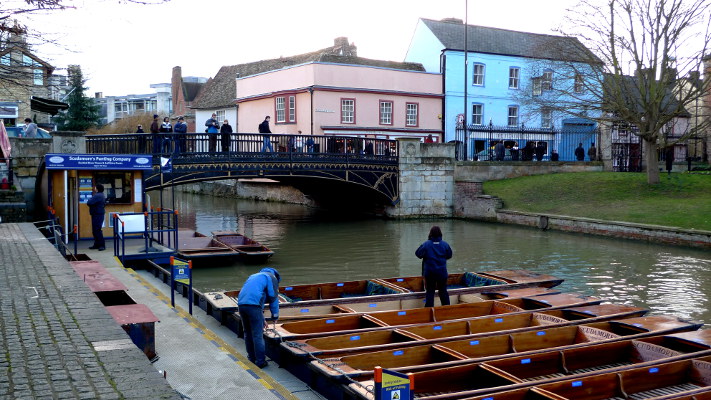 The Mathematical Bridge: A true mathematical bridge is constructed in such a way that it needs no bolts, nails or supporting structures to keep it together. This particular wooden bridge (1749), however has many bolts and the common myth is that the bridge was originally built by Sir Isaac Newton without use of supporting materials. As the story goes, it was later taken apart by members of the college who were then unable to put it back together again without adding bolts. (Note: Newton died in 1727.) 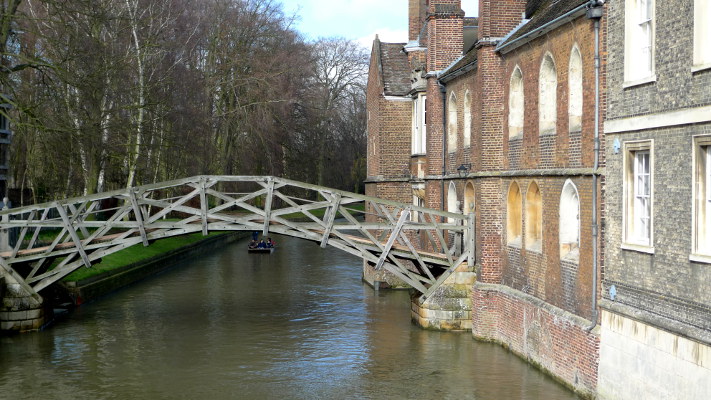 0 comments on “The Bridges of Cambridge”Add yours →