Up and up and up we went, up the winding stone stairs. When you climb up spiral stone staircases in places frequented by tourists, they’ve made some effort to ensure that people won’t fall. This was not the case here. These stairs were raw and not well travelled so you had to take care lest you slip and pitch backwards down the stairs. By the top of the stone stairs, there were only two of us willing to continue.

This was not the end of our journey. As we started to climb the second rickety old ladder held to thick wooden beams by two large nails our host said, “Getting to the top is tricky. You’ll need to pull yourself up the metal framework and then swing over to the metal beams running through the tower.” This point in the journey (swinging and jumping) was not a problem; however, going down was a leap of faith and agility.

A few moments later I was standing amongst the bells of St. Andrew’s Church (1273). We heard from a friend of a friend that there was bell-ringing practise on Thursday nights and we begged to be allowed to come along. Upon arrival, we met the friendliest sort of people and after chatting we were asked, “Do you want to see the bells?” 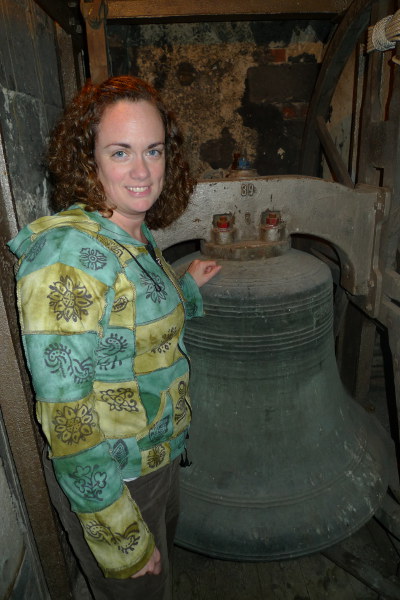 Several minutes later I was standing amongst them in the tower – each with its own name, history, and pitch. Bell 1 had the highest pitch and Bell 6 was the lowest. One was named Christopher (after the saint) with the ‘s’ backwards because the person casting the bell most likely couldn’t spell the name in 1825 when it was cast. 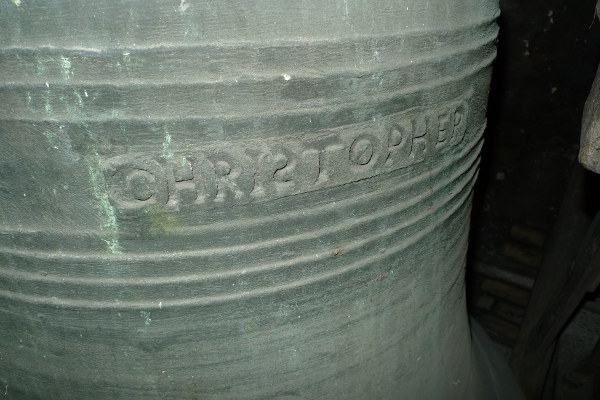 Then we got a very personalized history and tour of bell ringing and the study of bells (campanology) as our host prepared the bells for the evening’s session. 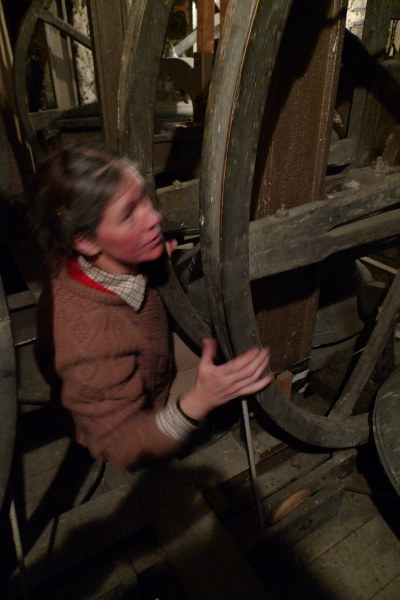 When the ringers and tower captain started practice we marvelled at the range of sound, and the mathematical knowledge needed to make the ringing all come together in a very spirited session. The pulleys, weights, levers and physics needed to make the bells ring are also pretty impressive considering the mechanics were devised centuries ago. 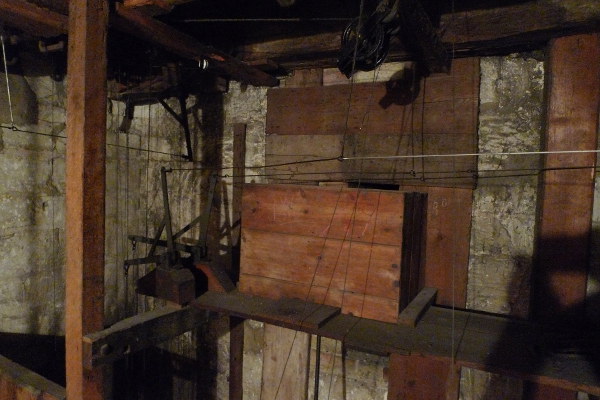 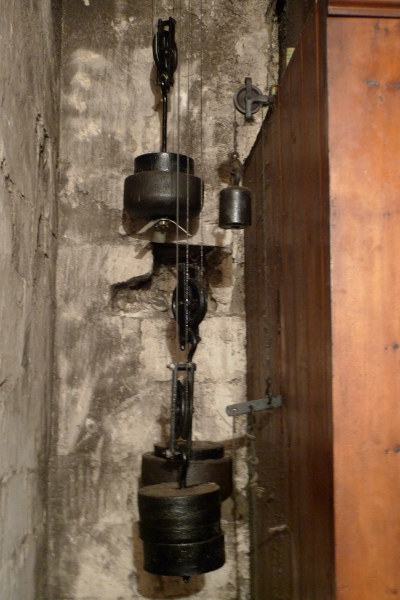 My companions studied various mathematical patterns on their iPhone and attempted to work out the science behind change ringing – a practice specific to England. In change ringing, the bell does a full 360-degree arc whereas in other methods the bell travels 180 degrees. For 30-minutes we watched the tower captain shout out various numerical instructions to a team of five people who all worked together to create patterns of rings. The more experienced ringers let the ropes slip and slide through their hands with ease while the less experienced held on tightly as if for dear life. 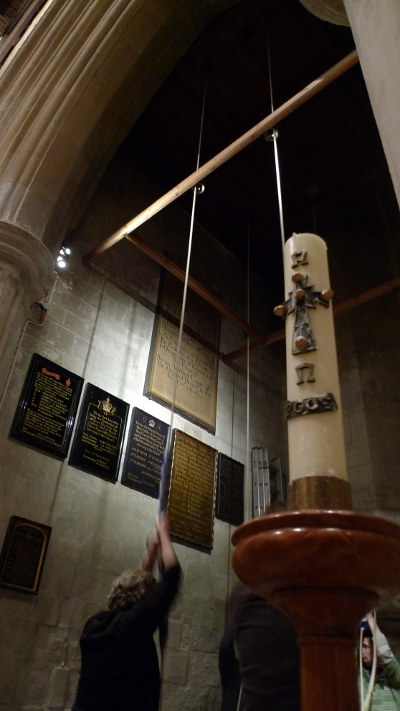 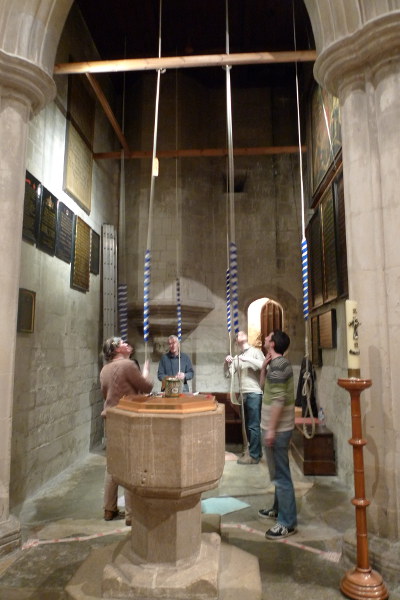 They finished the session with the tenor bell. It took the strength of two to get the bell moving and once it was swinging in a full arch one stepped back to allow the second one to be pulled up and down as the bell did its arch.