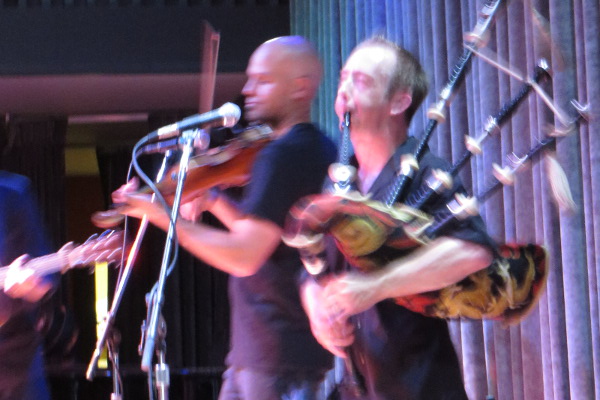 I first discovered Angelicas in Redwood City in the Spring of 2013 during one of their Jazz Jam Tuesdays. The stage was dominated by people of all gender and races, all playing Jazz and loving music. From here I attended a plethora of shows from all music genres and theatre types (including Murder Mystery Dinners).

One of my favourite evenings was one spent with Molly’s Revenge, a West Coast Celtic band that incorporates bagpipes, a tin whistle, energetic fiddling, rapid guitar playing, a mandala, and a bodhran into their musical lineup. Percussion comes from the feet and thighs of Irish dancers. Don’t believe me? Check out the video. 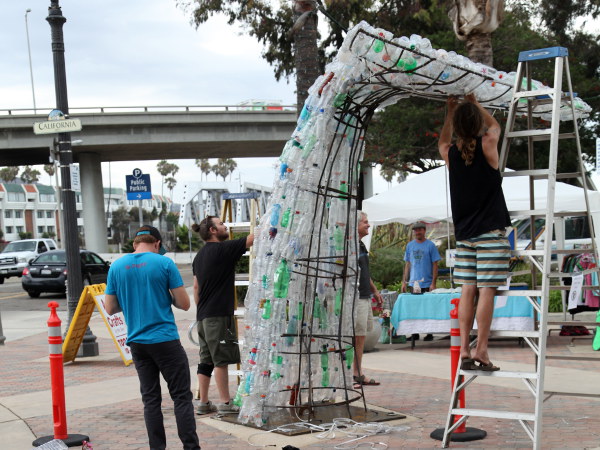 Most have heard of the Great Pacific garbage patch in the ocean the size of Texas; in fact, it is five patches of plastic all caught in ocean gyres. They all continue to grow because plastic does not completely disappear… though a decade old technology (using microbes) can convert styrofoam and plastic into biodegradable plastic and the North Atlantic (Sargasso Sea) has started to produce its own organisms that digest plastic.

In Ventura, a team of artists created a giant whale tail using plastic bottles threaded together to bring awareness to the number of plastic that enters the ocean and get stuck in these gyres. The tail was built during the Ventura Art Walk and used bottles hand-painted by school children using a save the ocean theme. 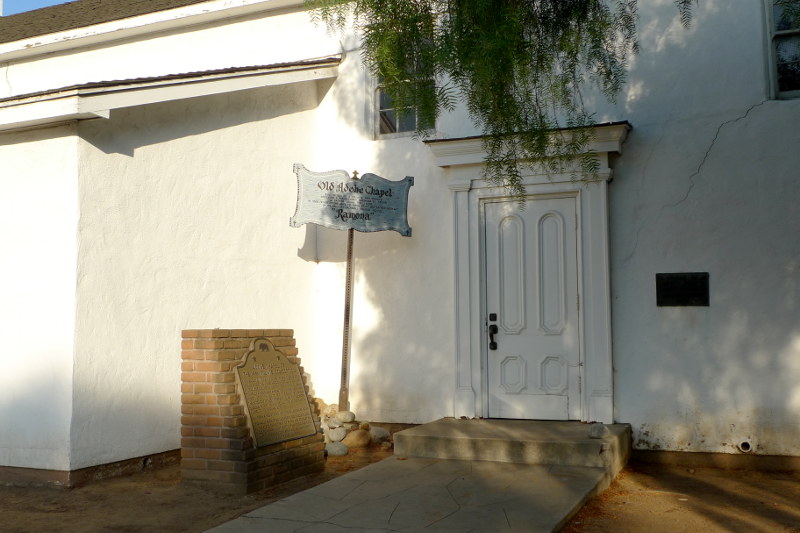 Hundreds of thousands of people flock to San Diego’s Old Town every year. Vibrant dancers, old buildings, unique historical shops, colourful events, and touristy restaurants attract people from all walks of life. However, a few streets over there is a quiet, unassuming, and seemingly invisible building that doesn’t attract many tourists. But this building is a piece of Spanish history: the Old Adobe Chapel.

Originally built in 1850 as the home of San Diego’s John Brown, the house was converted to a church by Don José Aguirre in 1858. The building you now see on Conde Street is not the original. In the 1930s, the streets were realigned and the chapel bulldozed. In 1937 it was rebuilt using some of the original materials.

In literature, this is the location of Ramona’s wedding from Helen Hunt Jackson’s novel Ramona (1884). Inside, the most prominent feature is the tombstone of Don José Aguirre’s, which takes up most of the front portion of the tiny church. 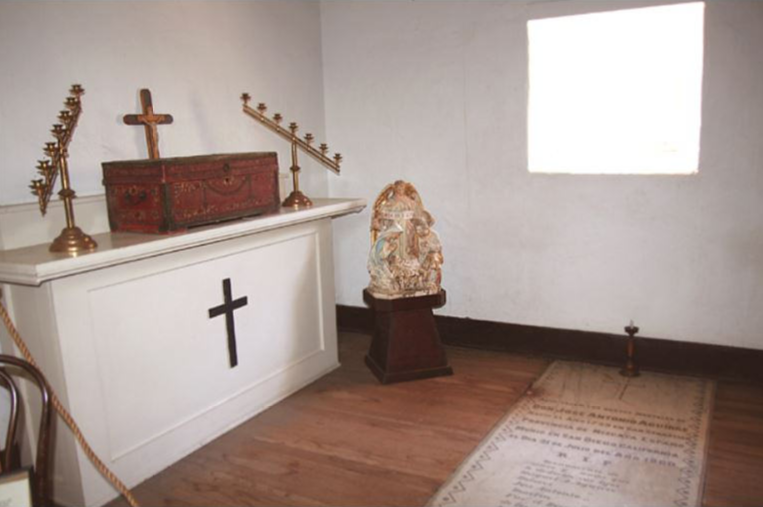 0 comments on “Bagpipes, a Whale’s Tail, and an Old Chapel”Add yours →