Across the street from the Chinese Theatre is El Capitan Theatre, where Disney releases its movies. El Capitan was one of the Grauman original trios that opened in the 1920s: the Egyptian (1922), El Capitan (1926), and Chinese Theatre (1927). It’s now owned by Disney and this week showed the premiere of McFarland USA starring Kevin Costner, Maria Bello, Morgan Saylor.

For the premiere, there were lots of people walking the red carpet who made observers scream out names; I have no idea what they were yelling and for who because I’m really out of tune with the world of Hollywood. That said, below is the musician Juanes arriving and talking to the media. I was able to make that connection. 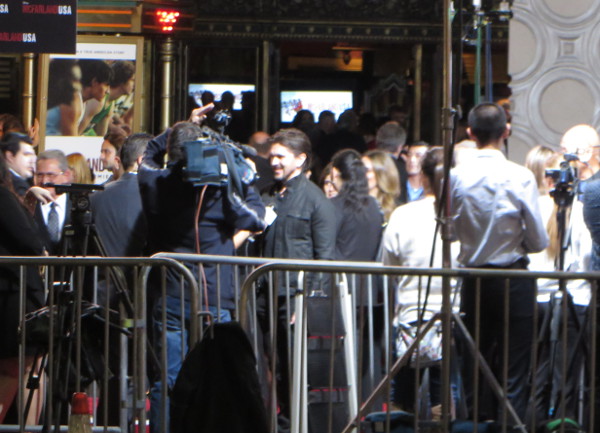 Below I *think* is Lawrence Fishburne, who is not in the movie. I say *think* because there was a Lawrence Fishburne doppelganger in the crowd who worked security so it was hard to determine who was who from a distance. But the doppelganger wore a red tie and a grey vest. The person below had an orange vest and always had a camera stuffed in his face. 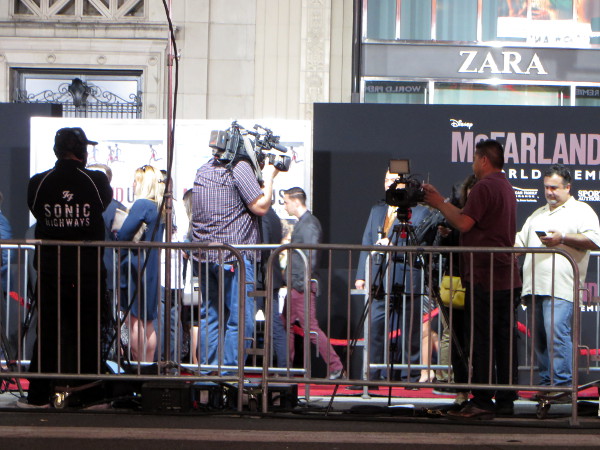 This is the first time that I’ve seen a star being constructed. Most assume that the star is made elsewhere and is installed on the day of the unveiling. This is not true. Making a star is a rather manual process that involves a handful of different people: those who rip up the cement… 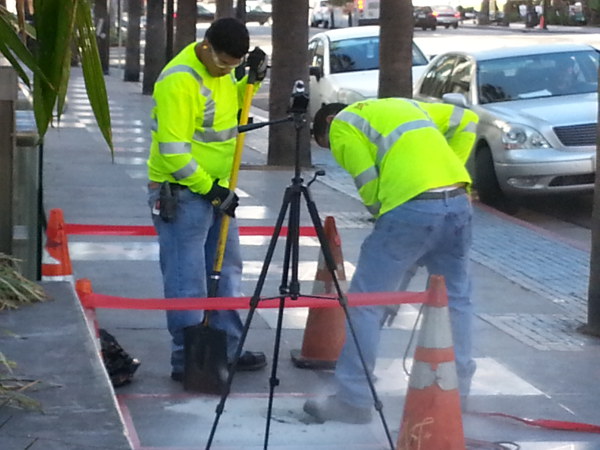 …and those who shape the star, pour the red and black goop and sprinkle the marble into the goop. 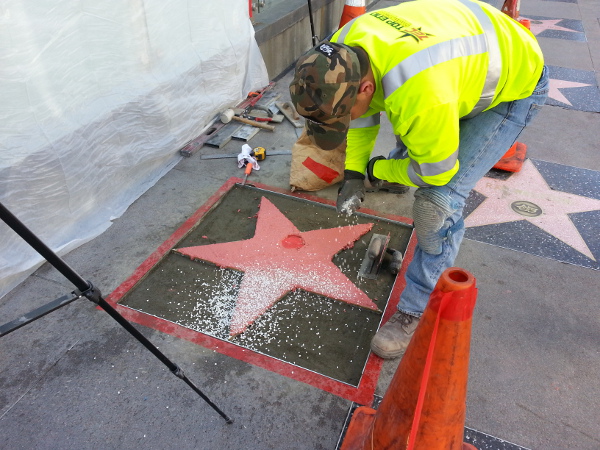 This process above starts almost a week in advance of an unveiling. And, for most of the week, the star sits under plastic while it cures. 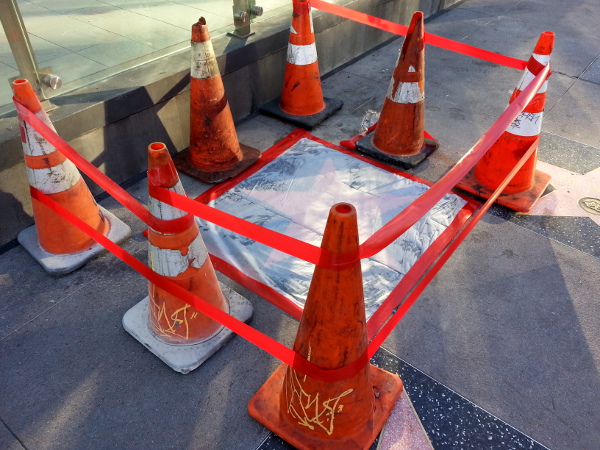 On the day of the ceremony, people arrive to add the lettering and category circle. In this case, the star was for Holland-Dozier-Holland, the Motown songwriting trio who are responsible for those popular classics that get stuck in your head forever: You Keep Me Hanging On, Baby Love, Stop! In the Name of Love, How Sweet It Is (to Be Loved by You), Baby I Need Your Loving, and I Can’t Help Myself (Sugar Pie, Honey Bunch). 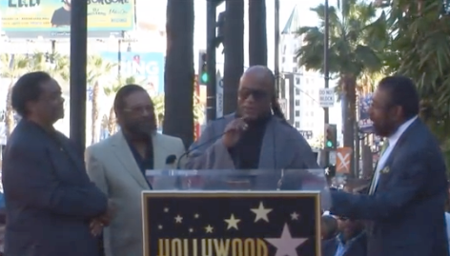 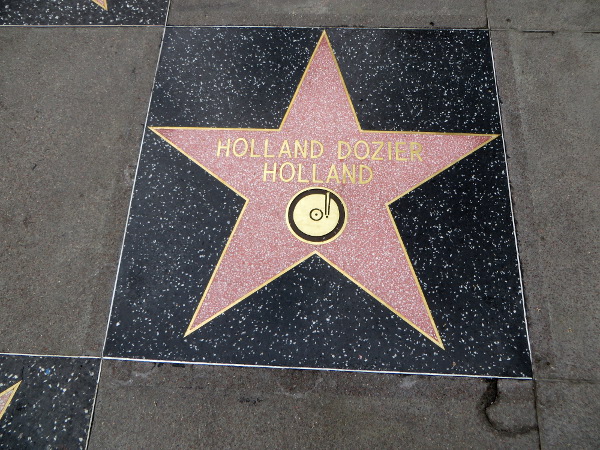 0 comments on “From the Blvd: McFarland, Holland, Dozier”Add yours →