The French love their dogs and the most snooty of the snooty can bury them (or other pets) in the Cimetière des Chiens et Autres Animaux Domestiques in the Paris suburb of Asnières-sur-Seine. It’s a long, densely packed, but surprisingly small graveyard. On one side is the Seine and on the other is a busy little exercise park where kids and dogs can play while adults exercise (Parc d’Activités Canines).

In the cemetery, you’ll find cats and dogs (each has its own section), horses, rabbits, birds, hamsters, fish, a lion, and a monkey. These are the pets of movie stars, royalty, the average Parisian, and even some strays who were honoured for their suffering.

One of the more famous residents of the Cimetière is Rin Tin Tin, otherwise known as the dog who saved Warner Bros. The studio referred to him as The Mortgage Lifter because every time the studio got into trouble, Warner Bros. would release a Rin Tin Tin movie. He is said to have received the most votes for Best Actor for the first Academy Awards and to also be the most popular actor of the Silent Film era. 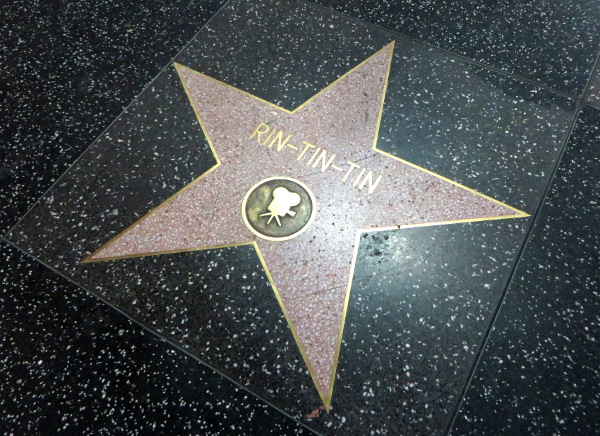 Rinty (as he was known by his owner and by fans), was found as a newborn puppy by American World War 1 soldier Lee Duncan in a bombed-out German Shepherd kennel in Northern France (Flirey). German Shepherds (at this point) were a new breed of dogs being trained for warfare by German troops. Duncan brought the puppy back to America along with his sister, Nanette. During the long journey from France to Los Angeles, Nanette died of pneumonia.

Once in Los Angeles, Rinty did a stint on the dog show circuit before entering Hollywood to become a silent film star. He is credited with making the German Shepherd breed both known and popular in North America.

Rin-Tin-Tin died on August 10, 1932, and was originally buried in Duncan’s backyard in a bronze casket. However, hit by the depression, Duncan was forced to sell his house and at this point exhumed Rinty and sent him back to France and to his final resting place at Cimetière des Chiens in Paris. Many in the US were outraged by this decision, but it was likely a good one. Because the Cimetière des Chiens is listed as a historical site in France, it assures some sort of protective posterity for the beloved animals buried there. 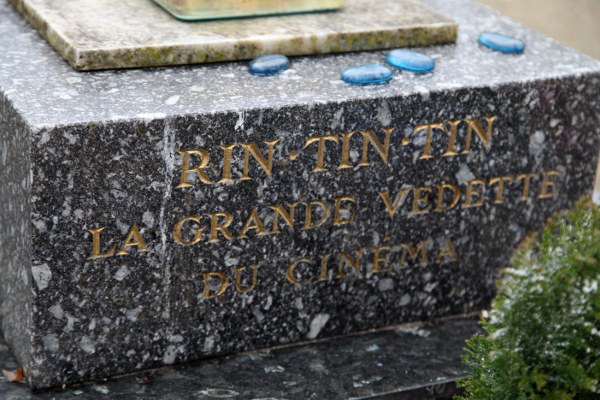 The Rin Tin Tin’s legacy is still alive and thriving. Rin Tin Tin XII is the National Spokesdog for the American Humane Association.