The word moulin contextually translates to windmill in English even though the “official” translation of moulin is mill. It’s likely that at some point you’ve all discovered this French word through art, literature, theatre, or movies. The most known example of this is the Baz Luhrmann movie Moulin Rouge, starring Nicole Kidman and Ewan McGregor.

In the International movie scene, in Le fabuleux destin d’Amélie Poulain, Amélie Poulain works at the Café des deux Moulins. Both the cafe from Amélie and the cabaret from Moulin Rouge are within a few blocks of each other… and are under the shadow of Le Moulin Blute-Fin and Le Moulin Radet, two of the last historic 17th century windmills to overlook Paris… and the two windmills from which the cafe draws its name.

The movie industry isn’t the only artistic community to have a love affair with the windmills of Montmartre. Artists like Pissarro, Utrillo, Renoir and Van Gogh incorporated the Montmartre Moulins into their paintings. Van Gogh completed a series called Le Moulin de la Galette from which one painting, Windmill on Montmartre (1886) was destroyed by fire in 1967.

We did the pilgrimage up to Montmartre and back down again, stopping at each one of these landmarks. 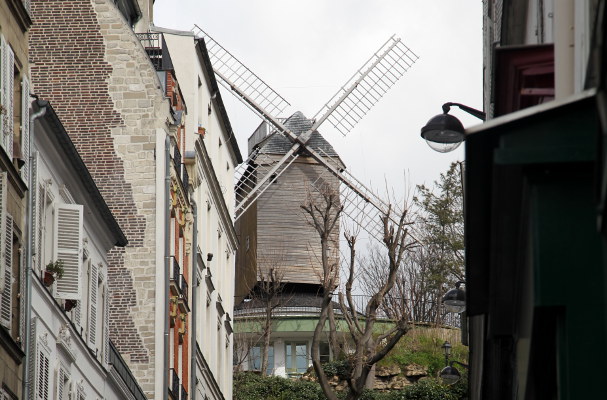 Le Moulin Blute-Fin is likely the first windmill that you’ll see as you start your journey up the hills of Montmartre. Built in 1622, this is the oldest surviving mill in Paris and has long been owned by the Debray family. Legend states that during the Napoleonic Wars while defending the mills from Cossacks, Pierre-Charles Debray was killed and nailed to the wings of the windmill. This windmill is not accessible to the public.

Nearby is Le Moulin Radet. These two buildings make up the duo known as Le Moulin de la Galette. 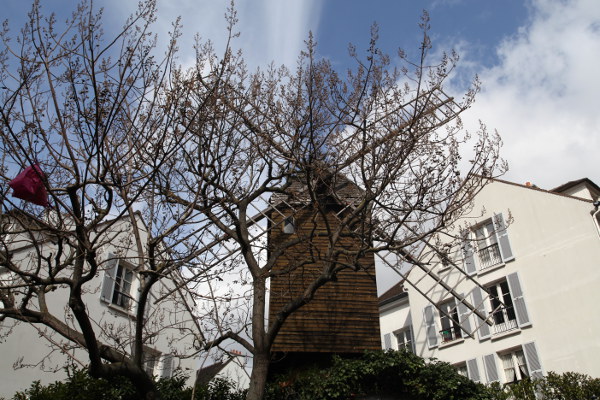 A galette is a type of brown bread made from the flour ground at these two mills. Le Moulin de la Galette was a common destination for bohemian and partygoing Parisians who wanted to enjoy a glass of wine with bread and dance. This practice became so popular that it attracted and inspired artists like Picasso, Chabaud, Toulouse-Lautrec, Zola, and Renoir who would later go on to paint one of his most famous works: Bal du moulin de la Galette. 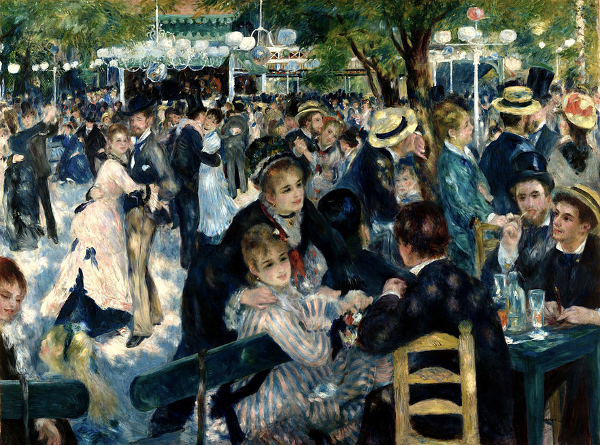 There are plenty of great and expensive French restaurants in this part of Paris. It’s a bit of a foodie paradise. Café deux Moulins is not one of these great restaurants but it is the cafe where Amelie Poulin worked in Le fabuleux destin d’Amélie Poulain (a.k.a. Amélie). People still flock to the restaurant to drink kir (as it was served to Hipolito) and enjoy a coffee (as served to Nino).

We stopped here for a moment to enjoy an espresso and very bitter lemonade. 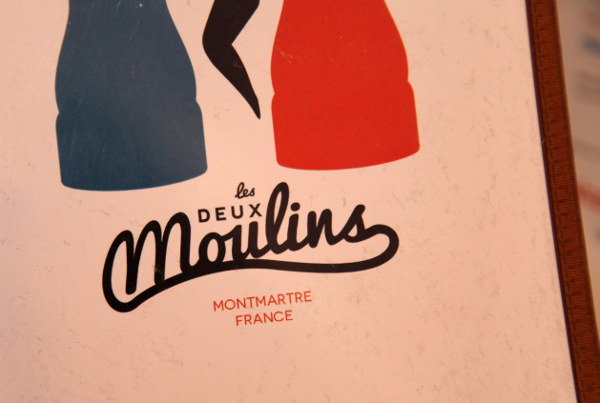 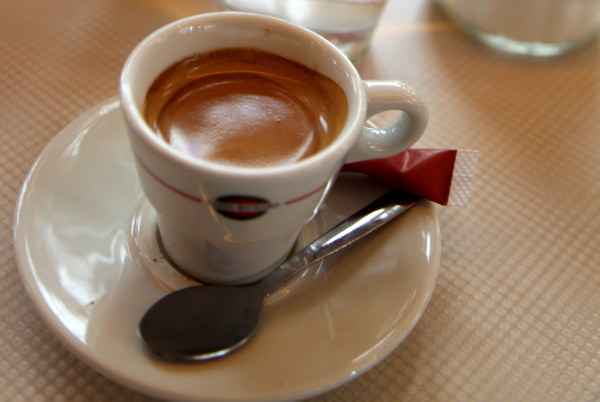 Not far from this cafe is the rather infamous but iconic cabaret where the can-can was born: The Moulin Rouge. Founded the same year the Eiffel Tower opened (1889), it came alive during a period of “cultural exuberance” in Paris and became known for its risqué and debaucherous shows that attracted upper-class Parisians who wanted to “slum it” at the Moulin Rouge. Since 1999, the cabaret has shown the same show: “Féerie.” 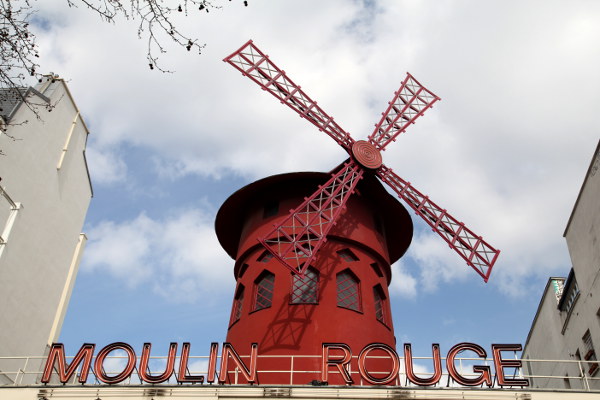 Outside the Moulin Rouge, there are always people photographing the distinctive red windmill; there’s a constant buzz of activity. If you’d like to see a documentary on what it’s like to work as a dancer in the cabaret: here is one interesting documentary called Showgirl. Or if you’d like the quick 5-minute version of Féerie: check this out.

0 comments on “Les Moulins (the Windmills) of Paris”Add yours →