Yet again another gallery experience from Paris, with a story…

We were on a bus passing by Les Invalides and La Niña calmly said, Hey, there’s “The Thinker”. She was pointing to the top of a statue head that I could barely see through some bushes.

I remember thinking, How the heck did she see that? And, how does she know about The Thinker?

Sure enough, she was right, it was Le Penseur and we got off the bus to find the entrance to the Musée Rodin. The museum is dedicated to François Auguste René Rodin, considered the father of modern sculpture. Rejected for his art and largely criticized during his lifetime, his personal life reflected the chaotic art that he created and recreated over and over again. 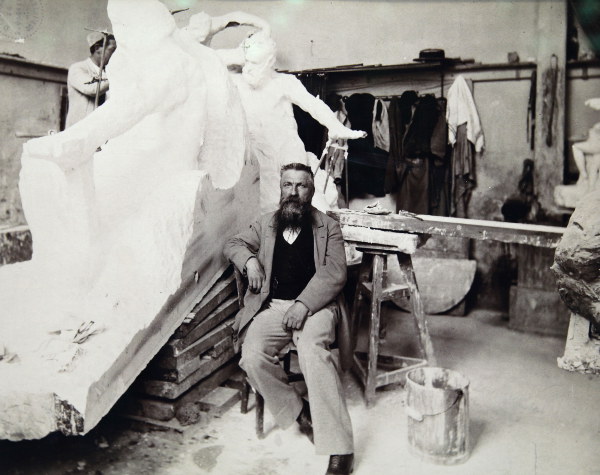 Le Penseur is one small part of a larger piece called The Gates of Hell… a piece of art swarming with intense images of people and creatures sinking into hell. Le Penseur is one small figure who sits near the top in the tympanum and contemplates what is happening below. It’s said that the Thinker/Poet/Penseur is meant to be Dante Alighieri who wrote The Divine Comedy in 1320. Rodin was endlessly inspired by Dante’s epic poem and on the doors, you’ll find various characters including Beatrice and Ugolino.

There are two versions of the door: a plaster version (the only one shown during Rodin’s lifetime) and a bronze version. Neither piece was ever finished; for years, Rodin kept going back to The Gates to make changes. 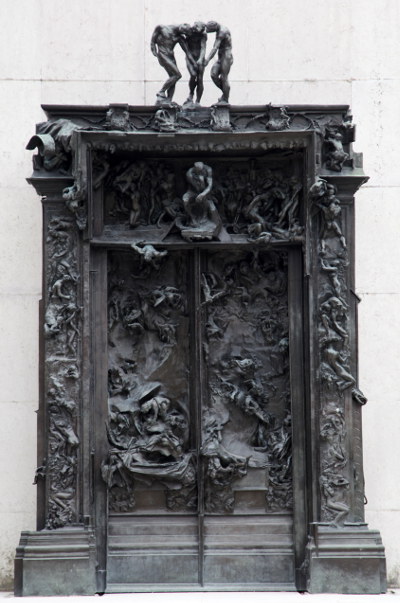 Sitting at 6m high, 4m wide, and weighing 8 tons, the piece was never actually meant to be a door. The figures descending into hell are too intertwined with the openings to allow the panels to open.

Larger versions of all these pieces are scattered throughout the garden of the museum; including the large statue of the Penseur/Poet/Thinker that the world associates with Rodin. We spent hours exploring these pieces. 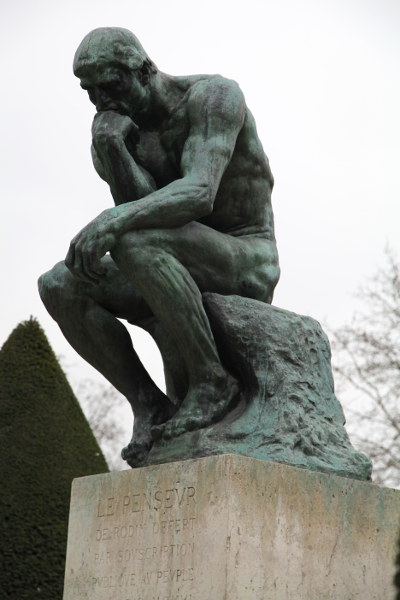 The one sculpture inspired by the Divine Comedy that wasn’t incorporated into The Gates of Hell is The Kiss. This sits just inside the entrance to the gallery. 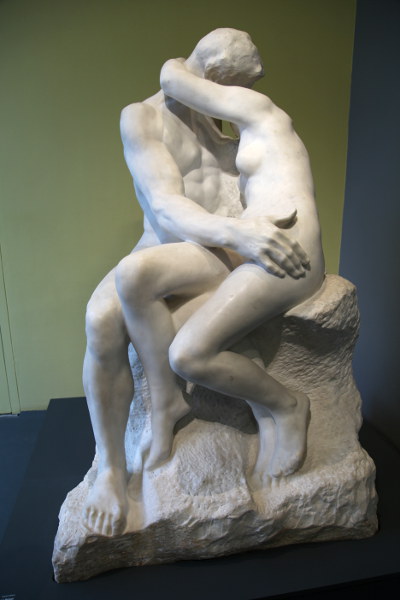 0 comments on “Musée Rodin and Le Penseur”Add yours →