Across the Seine from Notre Dame, in old Paris, is Église Saint-Julien-le-Pauvre. This is one of the churches that we found while wandering medieval Paris. It is every bit as crumbly, old looking, and eclectic as you’d expect for a church built in the 12th century. It did come after Notre Dame and was one of the churches modelled architecturally after the cathedral. 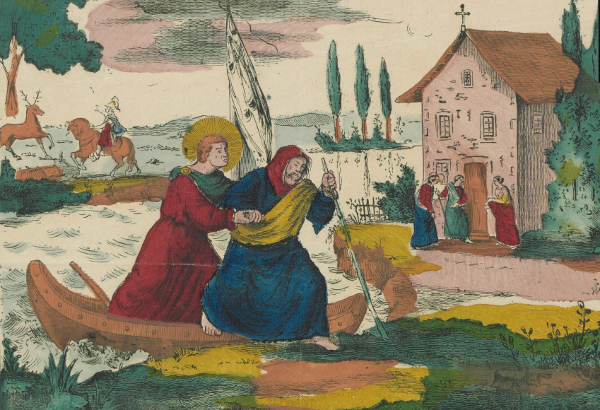 Amongst other things, Julian the Hospitaller is the patron saint of murderers because (as the tale goes) he murdered his own parents. This snippet of his story comes from the Catholic Religion encyclopedia/website:

Patron saint of boatmen, innkeepers, and travellers, also called “the Poor.” Reported in the doubtful Golden Legend, Julian slew his noble parents in a case of mistaken identity. He believed his wife was with another man and struck them both. His wife returned home from church soon after. In penance, Julian and his wife went to Rome. Returning after receiving absolution, Julian built an inn and a hospital for the poor. He even put a leper into his own bed. That leper was an angel.

Église Saint-Julien-le-Pauvre served a number of different purposes throughout the ages, all somewhat relating to each other; prior to Roman Catholic domination in France, the site was home to a Merovingian refuge, founded by the Franks in the 6th Century.

The Franks were the first kings of France and the most notable of these is Clovis I, who brought Catholicism to Paris after making a battlefield deal with God during the Battle of Tolbiac. He was baptized by Saint Remigius in 496. Prior to this, the Franks were pagans. 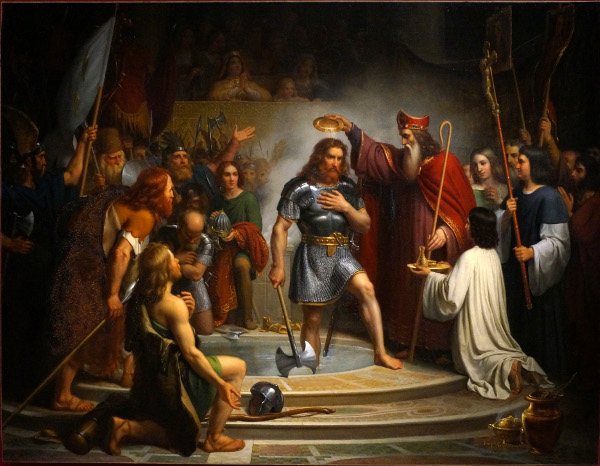 With the arrival of Catholicism in Paris, it seemed rather fitting to replace the Merovingian refuge with a Catholic church and dedicate it to Saint-Julien-le-Pauvre (as written by Saint Gregory of Tours). I suspect that Saint-Julien was chosen because he is also the patron saint of pilgrims, travellers, and people looking for safe lodging while travelling (like a refuge).

In the ninth century, the original Catholic church was destroyed by the Norse as they invaded, settled, and made their mark on France (and eventually became the Normans); and, a temporary church sat in its place until 1165. When the next rendition of the church of Saint-Julien was built, it was modelled after the Notre Dame Cathedral. This is the Saint-Julien-le-Pauvre that you see today.

If you ask the interwebs about the oldest house in Paris, you are given information about the house of Nicolas Flamel, 51 rue de Montmorency, built-in 1407. 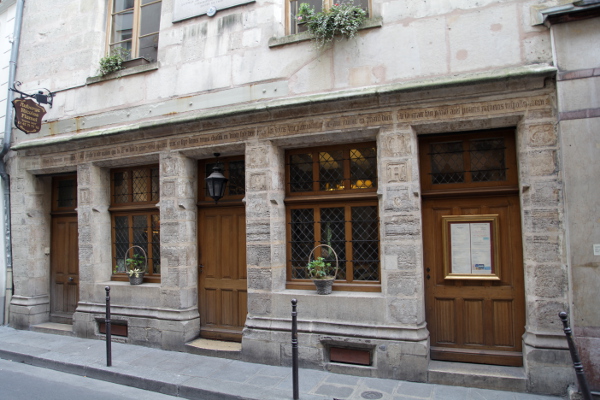 Fans of Harry Potter will recognize the name; yes, Nicolas Flamel was a real person and his house is now a very pricy restaurant. We went there for lunch one afternoon; the menu is an elaborate set menu and takes you through multiple courses best served as part of a social/holiday/family event (e.g. Thanksgiving).

However, while perusing newspapers from the 1920s, I discovered a clipping dated 7 June 1923 that mentions a house that is connected to Saint-Julien’s that possibly dates to the 1320s. 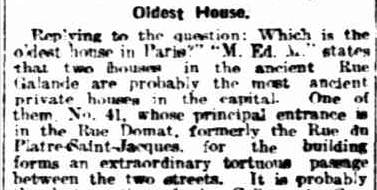 Around the corner from the church is Rue Galande, one of the older medieval streets in Paris and one associated with the Collège de Cornouailles, established in Paris in the early 1300s. 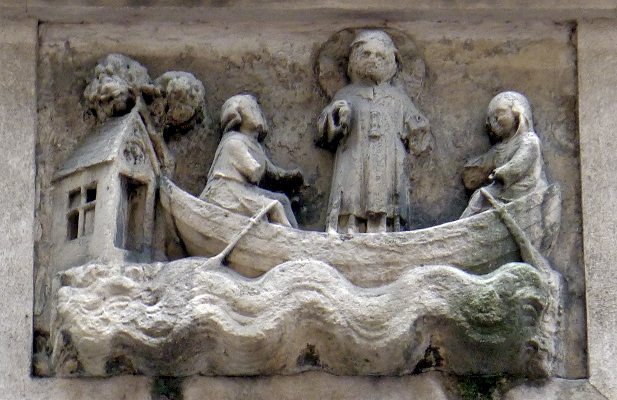 Rue Galande itself looks creaky but not really medieval; this is misleading because the street dates to 1202. The lack of “medieval-ness” could be because, in 1607, the city issued an order to cover all exposed wooden frameworks with plaster to prevent fires. 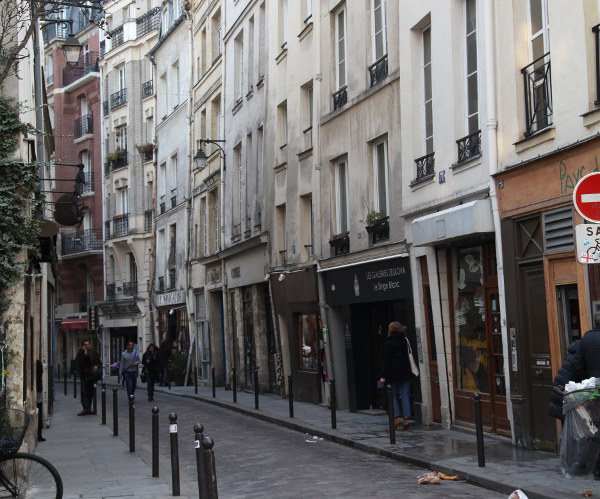