Toronto is quite possibly the most overwhelming foodie city I have ever had the pleasure of working in. There were times when I would find a community with a popular restaurant and then be completely gobsmacked by the range of options on one street.

Some good examples of this are: Ossington/Little Portugal, Little Italy, Queen Street W, College Street in general, Yorkville, Cabbagetown, Yonge Street, and the list goes on and on and on…

At some point, I gave up on attempting to “try everything” because it is completely impossible. The best course of action is to pick one community (like Ossington) and eat there for a while.

As such, being able to narrow down the “best” restaurant list to a top-five was a tremendous feat and I couldn’t do it myself. My foodie friends and I discussed each restaurant, the food, the experience, the service, and the overall package. We spent hours doing this and just when we thought we had the list worked out, we’d eat somewhere else and be blown away.

In a nutshell, the “Favourite Five” this time around is an amalgamation of the opinions of multiple people who basically ate their way around Toronto.

Most of these are pretty high-end foodie experiences; meaningful date-night kind of experiences. I’m quite sure that another “Top-5” stream would be “great-hole-in-the-wall” restaurants around the city. 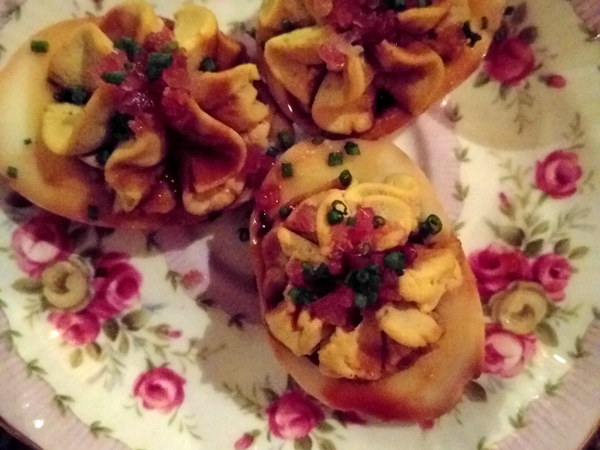 After eating at Boralia in the Toronto community of Ossington, there are a whole bunch of foods/plates that I previously took for granted and now realize are Canadian… things that pulled out tastes and memories from my childhood: rabbit sausage, beets, elk, pine smoked mussels, devilled eggs, scallops in cucumber water….etc.

The overall theme at Boralia is hunter/gatherer “Aboriginal and Historical Canadian Food” but many of the smells, ingredients, and seasonings are so engrained into daily Canadian cuisine that I had difficulty finding the Aboriginal component. They periodically have pemmican on the menu.

Every bite at Boralia had incredible depth. This is especially true for the pine smoked mussels. For our visit, the mussels came from the St. Lawrence and the pine smoke brought back memories of campfires, clam bakes, and summer camp. The experience created a pleasant “childhood memories” conversation that made it really easy to get to know the people at the table and their personal history. 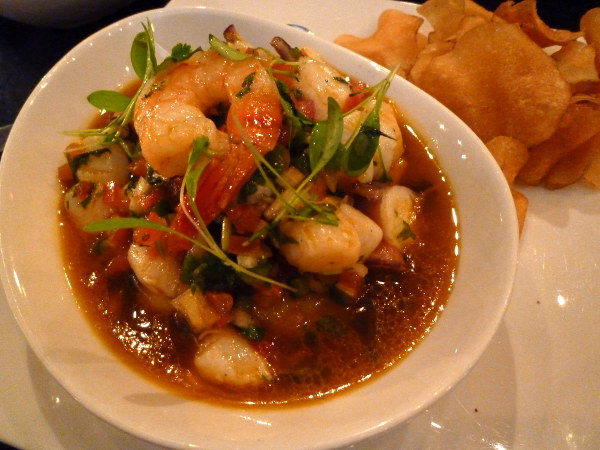 Surprisingly, there are a fair number of good Mexican restaurants in Toronto; something I never expected this far north. But something about the food scene in Toronto seems to attract some of the best chefs from Mexico.

Picking the “best” Mexican in the city was difficult because we experienced so many of the greats: El Catrin and Los Colibris deserve honourable mentions. However, we all decided that the food at Frida’s was unique, unpretentious, delicious, and the overall atmosphere of the restaurant great. It’s the kind of community place where you can kick back and enjoy an evening with friends and food. Plus, Frida Kahlo has such an interesting personal history that you can discuss over ceviche. 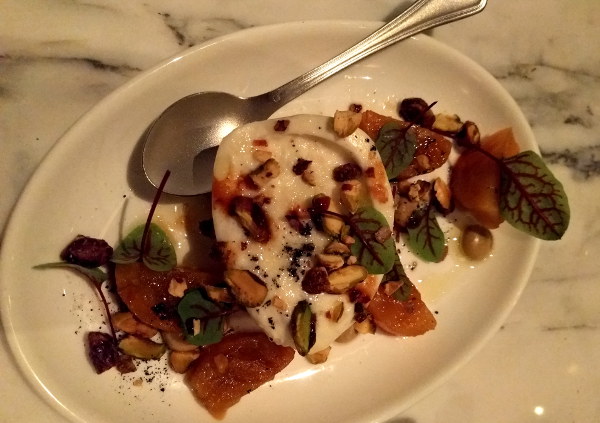 During a period of good luck, we discovered Ufficio the day before it opened (on our way to Salt), made reservations for opening night, and were completely wowed by the specialness of the place, the people who work here, and the food.

One thing really stands out in the experience: the Burrata. This was my first burrata experience and I was completely blown away. It was so amazing that we started to frequent all the restaurants in the city listed as “having the best burrata.” However, all paled in comparison… even the highly worshiped cheese at Campagnolo. 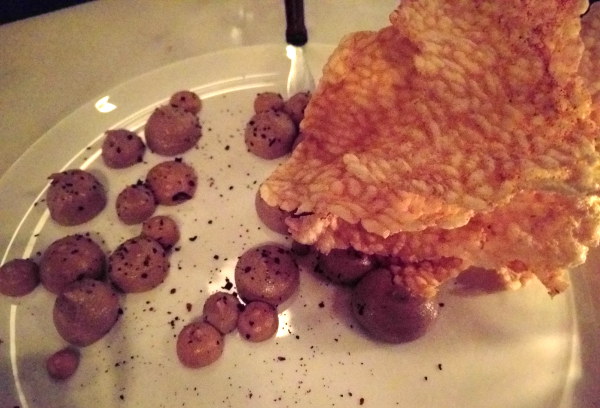 This is like no Southern restaurant I have ever experienced (in the South). I will admit that the menu was initially daunting and I worried that I wouldn’t be able to eat anything because of my wheat allergy.

But, there were lots on the menu that I could eat. It was more like European food with a Southern twist: and even though the menu changes frequently, there are some consistent and dependable staples that stick around… like creole ceviche, shrimp and grits, wagyu, and chicken liver mousse.

The seating is so cozy in the restaurant that you end up eating with a variety of people. We got to know one couple next to us who couldn’t stop eyeing our chicken liver mousse (pictured). 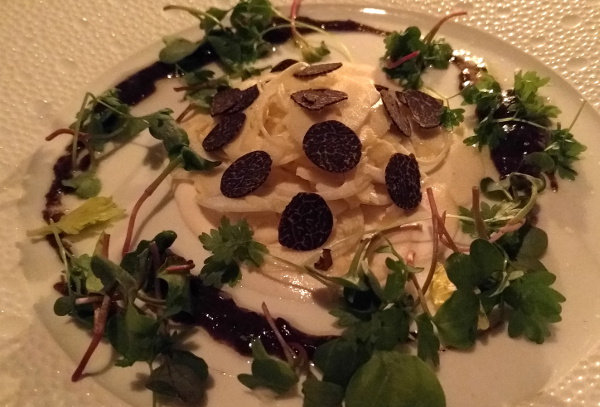 Walking into Edulis feels like you are walking into someone’s house. It’s small, cozy, and packed most days. We made reservations well in advance. The light music playing over the speakers is 1940s jazz, which adds to the homey feel.

The food comes as part of a set menu, meaning if you have food allergies you need to notify them in advance because there is no choice in what you order. Because it is a set menu and the focus is on unique seafood, they can’t accommodate vegetarians. The menu is also seasonal… for someplace in the world. We happened upon the restaurant during truffle month (not a very Canadian season).

This was hands down, the favourite restaurant in the city. And, the experience is so captivating that it makes the food that much better. At some point, the cozy ambiance made me feel like I had somehow been transported back to 1950s Toronto (but with better food). This place is a real gem!

And, not to be forgotten… 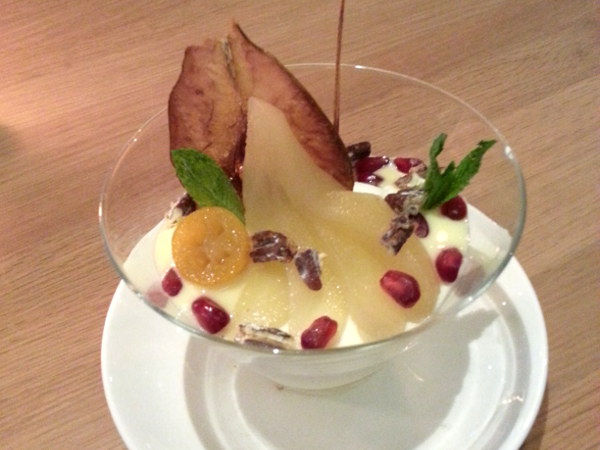 Honourable mention goes out to Miku and Momofuku Daishō. Miku is one of my favourite restaurants in Vancouver and I was giddy when I saw it (literally) open in Toronto. For this round of foodie-ism we discovered the wonders of Miku deserts and would eat somewhere else… but then head over to Miku after the meal for dessert.

Big shout out also goes to Momofuku Daishō for their rice cakes that brought me back the pleasure of eating something with the consistency of small perogies/gnocchi. Double kudos to the waiter who sat with me for 20-minutes and worked through a list of his favourite foodie experiences in the city. Without him, I wouldn’t have discovered some of the restaurants listed above. 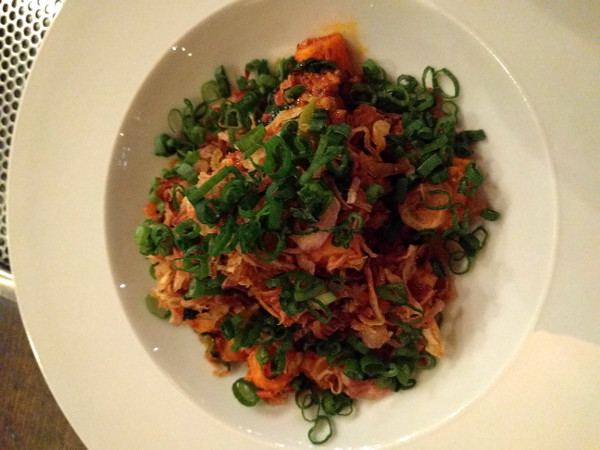 Finally, there is one experience that I wish we’d had… to attend a Chef Luke event. We were on his list, and received invites, but were never in town when an event popped-up.

0 comments on “Toronto: Favourite 5 Restaurants”Add yours →