You could eat your way across America on Route 66 using just 1950s cafes. I’m sure it’s been done many times over. There’s probably guide books, TV shows, and websites based on just this.

For me, I had no map or plan in my head of which cafes I wanted to visit. I simply pulled over when I was hungry or needed coffee. I didn’t always stay at a particular cafe, but I did come away with a story or two to tell.

I’ve cheated below because not all of the cafes below are on Route 66. Some are from the Southern part of my Great Arizona Road Trip Adventure. 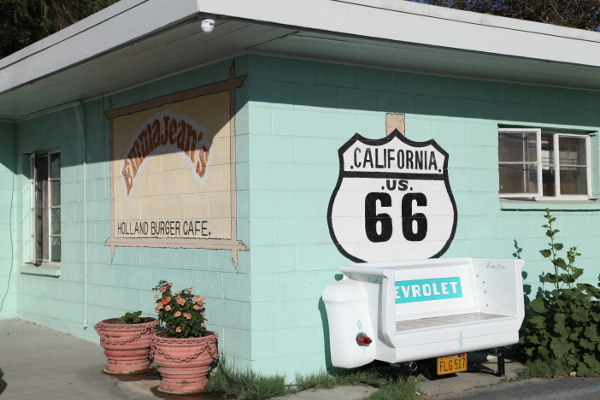 This place can get busy. Especially when you have a lot of truckers passing through on Route 66… and there’s plenty of space for cars and trucks to park. This cafe is famous for the “Brian Burger” (a from-scratch burger made with chilis and swiss on parmesan crusted sourdough toast) named after the restaurant’s owner and grill master Brian Gentry. Review after review tells of Brian’s amazing from scratch ingredients and the tried and true menu that’s stayed the same since his mother, the Emma Jean the restaurant is named after, owned the restaurant. It’s her biscuits with a sausage gravy recipe that keeps bringing people back.

Truckers have been stopping here since the 1950s and the owners try to keep the restaurant as original as possible. This particular cafe was featured on the Food Network as part of Guy Fieri’s series Diners, Drive-Ins and Dives (a.k.a. Triple D) — S02E02. 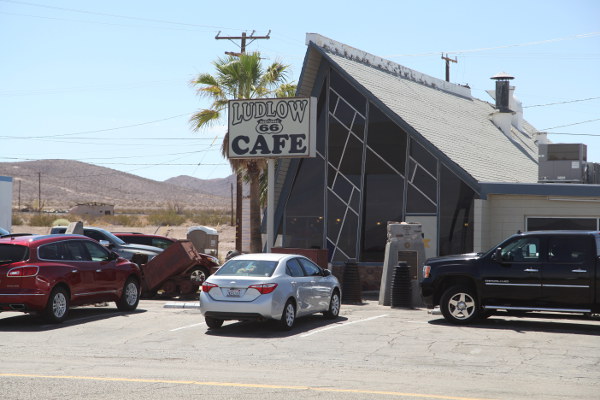 The Ludlow Cafe here looked like a promising place to stop for food; it has the potential to be very busy given its proximity to gas and the Interstate. It also happens to serve all-day breakfast, which I am a sucker for.

When I walked in there were only four tables occupied. After waiting for 10-minutes, a harried waitress came over and out of the blue said, “You might as well leave, I won’t even be able to talk to you for another 45-minutes we are so busy.” I looked at the 4 occupied tables (with 2-3 people at each) and could almost hear crickets in the background. It was like something out of a cartoon and I’m pretty sure my stunned silence was telling (considering I hadn’t even spoken yet).

It’s clear that this place does not see a lot of people. This is when my spidey senses started to go off and after years of travel, I’ve learned to trust my spidey senses. So, I opted to leave and head to the next town with a diner along Route 66. 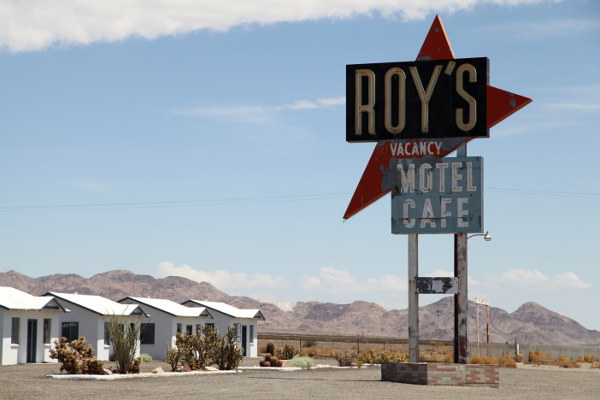 I don’t think Roy’s was open when I stopped to take some photos. There were people in the parking lot eating sandwiches but I believe the source of their food was their own cooler. Also, a British couple stopped and asked me if there were any other cafes West of Amboy because this one appeared to be closed. I told them my Ludlow story.

Roy’s is an iconic 1930s Route 66 restaurant. It has served people food since Roy Crowl opened the diner in 1938 and boasts regular patronship from people like Harrison Ford and Anthony Hopkins. I *think* the diner was undergoing renovations when I stopped (it is the slow season for this part of Route 66). The owner, Albert Okura, bought the entire town with the intention of bringing it back to its original state/glory. 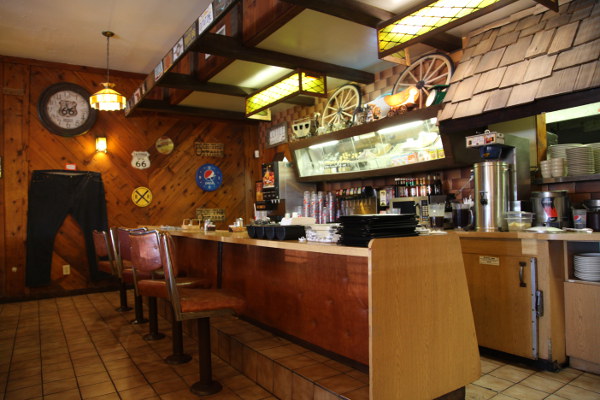 When I pulled into the Wagon Wheel Restaurant, I swear it was at exactly the hottest time of the day. While inside I worried that the car would somehow melt and I’d be stuck in Needles AZ until Avis could come and rescue me. But, at least I’d be entertained by the personable waitresses and by exploring the collected oddities that are scattered throughout the restaurant (including a pair of sized 76 x 46 Levis that are pinned to the wall).

“Where are you headed?” One waitress asked. “I’m not sure, I don’t really have a plan,” I replied. “I did that too when I was younger. I got in a car and left Virginia without a plan and ended up here in Needles, Arizona.” After saying this, she served up a good mushroom and bacon scramble with hash browns that I think I only paid $10 for.

Instantly, I was glad that I left the Ludlow Cafe behind without eating. Because then I wouldn’t have heard stories from my waitress about her life on the road and her adventures in Arizona. I also wouldn’t have gotten tips on routes and things to see along the route to Kingman. 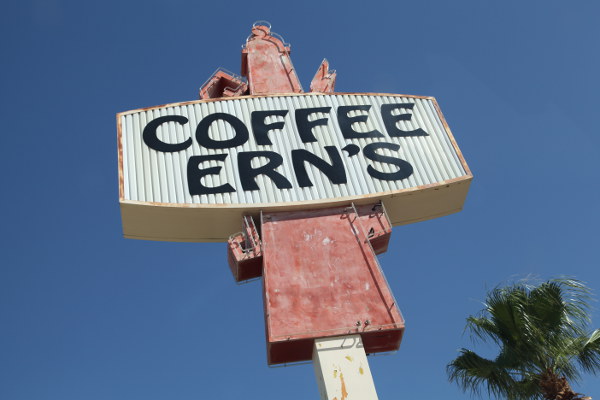 Coffee Ern’s is not on Route 66. It is on the I-95 as you head South towards Quartzsite and eventually Yuma. As I drove through Parker… a busy little place that caters to the weekend vacationers… I really needed a coffee and began to wonder if there was espresso outside of the resorts.

I pulled into Coffee Ern’s, not interested in breakfast but looking for a good cup of joe. This is a 50s diner complete with booths and waitresses in cute uniforms. One came over immediately but informed me that the coffee was really bad and that it was only served with breakfast (which is really good). But, if I wanted to simply get a good coffee, I should head over to the Starbucks in the Safeway. Then she and a few other waitresses joked that I should bring them back lattes too.

This told me that there were no coffee shops in Parker. And yes, I did go to Starbucks (I was desperately decaffeinated). And yes, it was the only coffee in Parker because I stood behind gads of people on coffee runs ordering trays upon trays of coffee for weekenders. 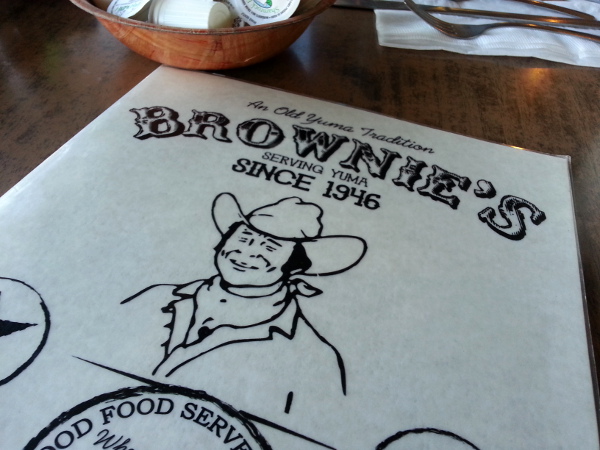 Brownie’s is not on Route 66. It is located in Yuma on the I-8 that leads to San Diego. While eating here I felt a little bit like I stepped into the breakfast/cafe version of Cheers… where everyone knows each other and throws out jokes / friendly jabs from around the room. But not in a bad, exclusionary way. Everyone was nice, welcoming, and the waitresses were incredibly sweet.

The coffee wasn’t too bad and the food is exactly as I would expect from a 1950s style diner that serves and all-day stick-to-your-ribs kind of breakfast. Also, because Yuma is so close to the border, there were quite a few Mexican rice-beans-salsa-tortilla breakfast options available. 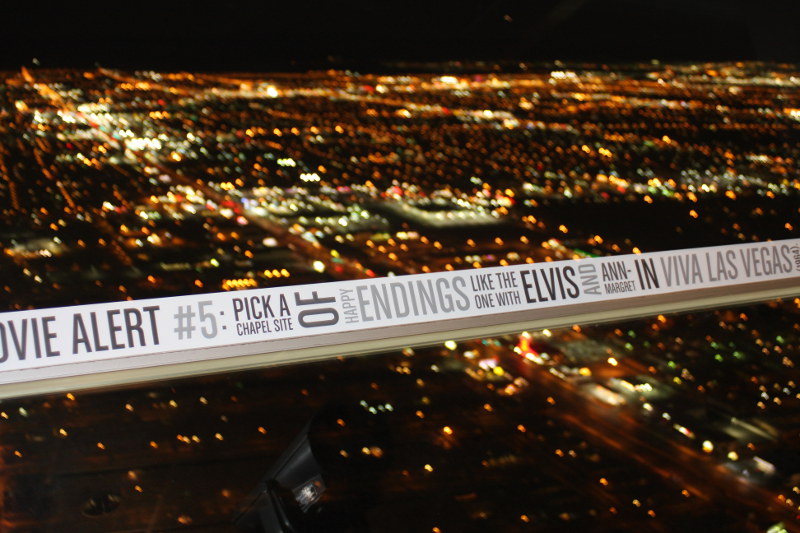 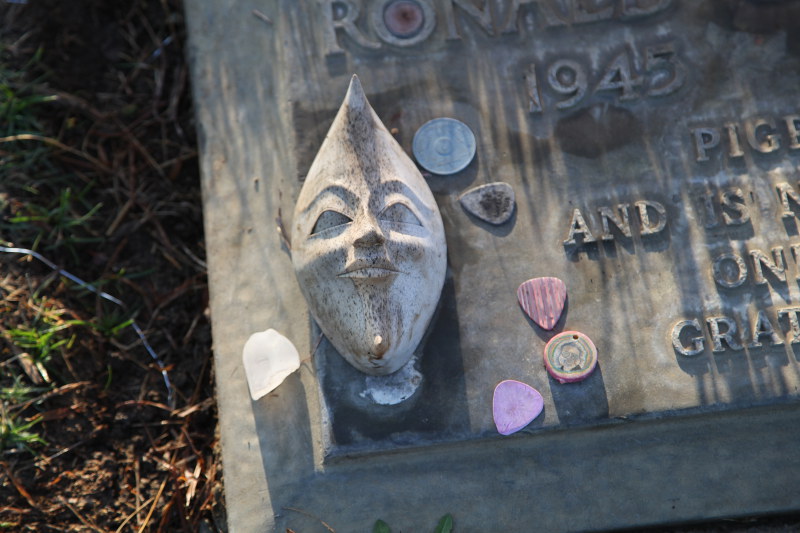 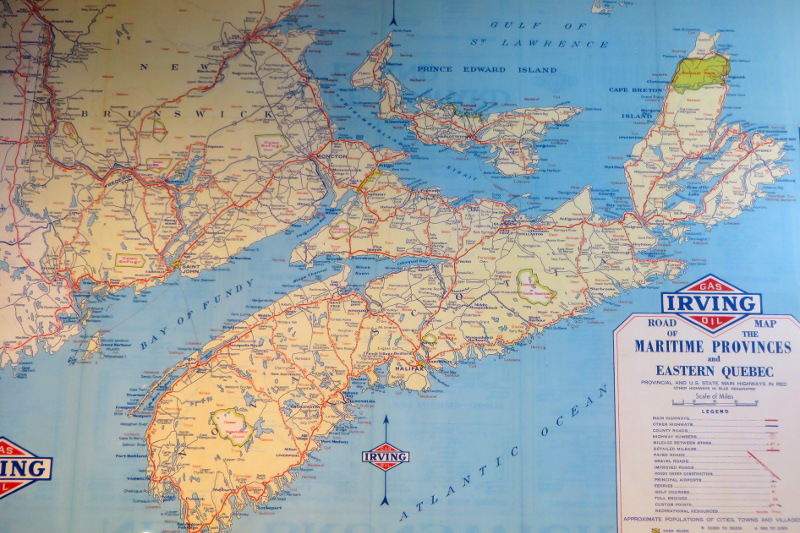