I’ll be bold and apologetic and admit to Edmontonians that I’ve probably spent the equivalent of a day in Edmonton proper during the entire two decades that I’ve lived in Alberta. So, I wasn’t sure what to expect upon entering the city and I’ve certainly never explored what the city has to offer.

Well… Edmonton is surprisingly foodie… especially around Whyte Avenue and day 2 started in a great little place that I was lucky enough to find parking around: a restaurant / coffee shop duo, Da Capo and Under the High Wheel. The two are so connected that I thought they were both one. 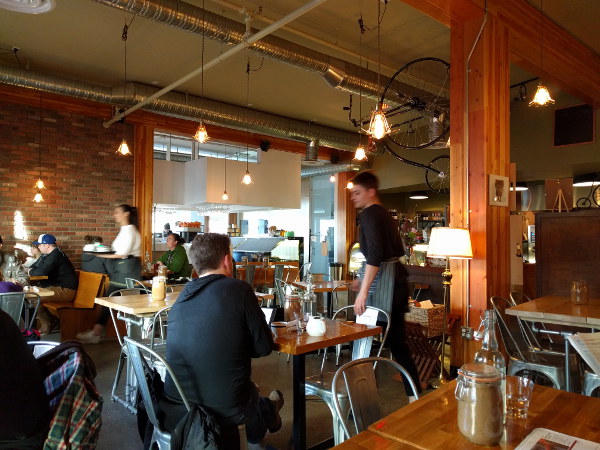 But this is a great place for vegans, glutinos, and others with allergies to kick back, relax, and enjoy a positive vibe and good meal. The gf buckwheat pancakes are monstrously large and served with a salad (Californian style). My soy latte kicked me in the head and fuelled a rapid frenzy that produced several decks for next week’s workshops. 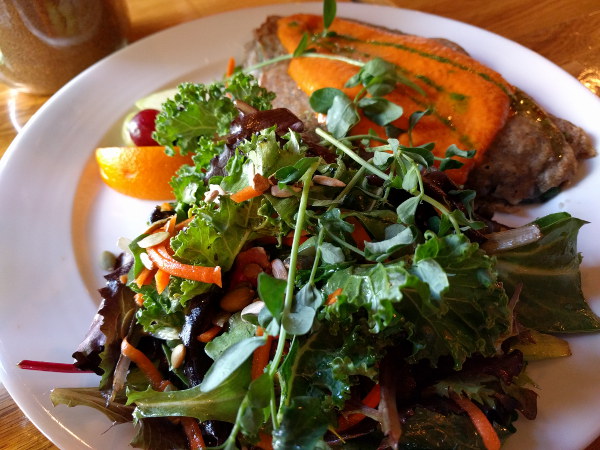 After the frenzy died down, I started texting people and inviting them to come over for a coffee and breakfast salad. Then I started finding people from high school and university that I haven’t seen in years. Who knew Edmonton could be a place for meeting people and catching up.

Later in the day, we relocated to a place called Da De O… only because other restaurants on the “must do” list were fully booked with waiting lists. This looked promising but I was initially leery of the Southern theme… in the prairies. Still, the restaurant was rated high as a “Whyte Ave. staple.”

This restaurant is a place where the servers are extremely stressed out about turn over time. So, it wasn’t a simple matter of sitting and enjoying a meal with friends, it was an are-you-done-yet? themed evening.

Our “disco” server kept saying, I feel bad, but I need this table for another group, are you done yet?. It didn’t matter that the food took FOREVER to come out, once on the food was on the table the obsessive are you done yet panic ensued. Even the floor manager was stressed; it made it impossible to enjoy the meal and the conversation became about the stress (and as you can see… it wasn’t that busy). 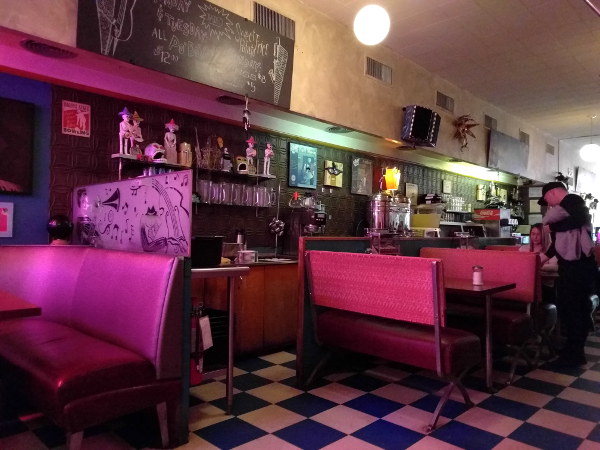 So, we became done… without fully enjoying the meal or finding a tip.

The rest of the day was filled in with watching synchronized swimming figures, prepping for an early morning of gelling, and providing a quiet room for a stressed out and wound up little girl who is still getting used to “away” competitions.

0 comments on “Buckwheat Pancakes and Friends”Add yours →