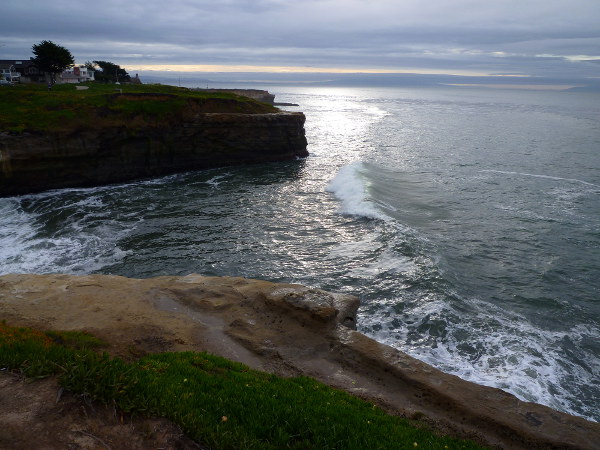 March kicked off the beginning of the busy travel season (for me) and the first big adventure starts in… *drumroll*… Edmonton.

The first day of the great Edmonton adventure actually starts in Santa Cruz, California… watching the sunrise over the cliffs around the natural bridges. I’m in town planning out a series of Lean Enterprise workshops that will take place in various locations around the U.S.

At some point, I switched my view to the plethora of surfers doing their thing at Lighthouse Point. 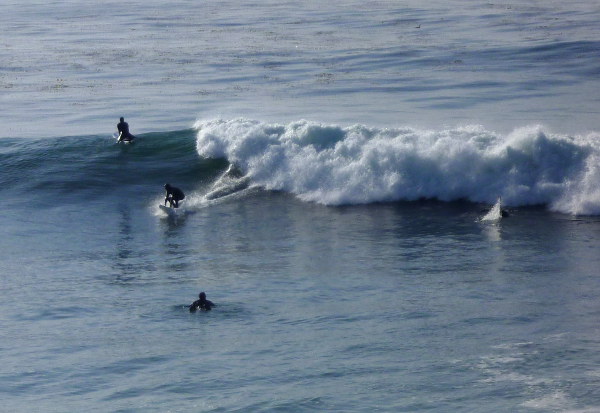 This is one of the best places in the world to surf… and people swarm the water every morning around sunrise. They come in vans, cars, on bikes (with surfboard attachment on the side) and on skateboards. Yep, I’ve seen people skateboarding with a surfboard.

Surfers aren’t the only ones who swarm the area: Santa Cruz is a migratory transient city, meaning when it gets cold in the rest of the US, homeless come here and sleep in their cars or live on the streets. It is a sanctuary city, meaning various areas have been set up as a safe sanctuary for sleeping without fear of being persecuted or put in jail.

For a while, I stood with some of the homeless and studied the memorial to all the surfers who have died in the area. There’s an eclectic mix of memorials to male and female, old and young… all with one love: surfing. It’s a testimonial to respect: to respect the power of the ocean and your place on it. As a person who has competed/participated in aquatic sports for most of my life, I know this power all too well. 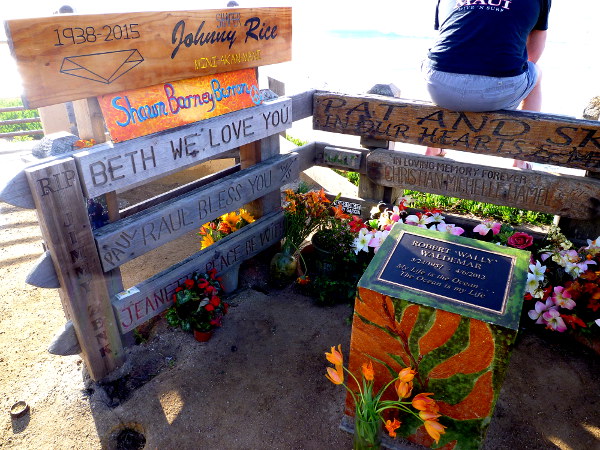 I continued my journey over the Santa Cruz mountains, through Big Basin on the CA-17, and into Silicon Valley: the place I know really really well. I couldn’t resist the temptation to pop into Google to get a shot of the marshmallow… the marshmallow named after my favourite Google dog… the same one that a massive team of people wept for when he was hit by a car. He was tiny but the power of his loving and friendly personality moved everyone he met. 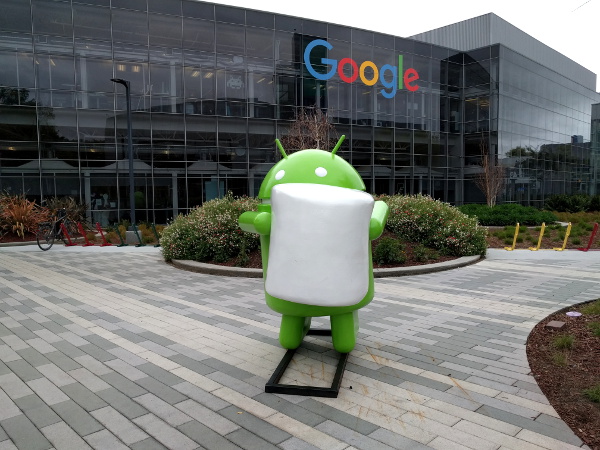 While at the marshmallow I ran into an old teammate and friend who convinced me to pop over to Huff and say hi to the team. So my “I-have-plenty-of-time-to-get-to-the-airport” window of time disappeared really fast and before I knew it, I was speeding along the 101 trying to get to the airport before my flight took off.

Luckily my flight was delayed, a pretty common occurrence in the spring in San Francisco. Spring is when the rain and fog roll in… and SFO’s runways are too close together to allowed dual landings when visibility is poor so they have to shut down one runway when it gets foggy. And, when this happens they enter into “flow-control” mode and flights into the city are held back. The smaller the plane, the shorter the flight distance, the greater chance of your flight being delayed.

I arrived in Calgary an hour late. Why Calgary if you are going to Edmonton, you ask? Good question. I originally planned to fly to Edmonton for the weekend BUT flights from SFO to Edmonton were listed as $2600. $2600!!!! For a middle seat and shitty flight times!!!!!! I flew to Brazil for less than that! I couldn’t pass that cost onto a client in good conscious so I flew to Calgary and paid $800 for the flight.

This means I arrived, I took a cab home, I said hello to the dog, I gave my laundry to dP (the #sharetheload commercial does not apply to him), I put my much lighter bag into my dirty, salty, window cracked jeep, and I drove to Edmonton… but not before doing the one-minute-window-washer-liquid-car-wash at the gas station. Canadian’s know what I’m talking about. I’m the reason those brushes get wrecked. So sorry everyone. 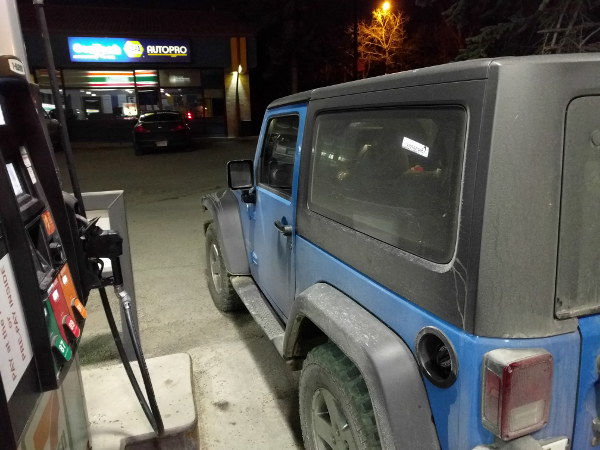 The drive to Edmonton is pretty damn desolate. There’s not a heck of a lot beyond farms, cows, open fields, snow, and Tim Hortons. How people can drink that sludge is beyond me (sorry friends and family). 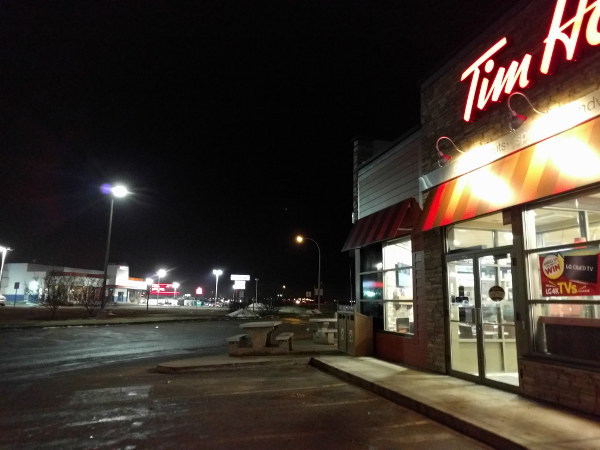 I didn’t bother eating dinner because the entrance of the one diner I found in Leduc had 7 or 8 redneck truckers standing in the entrance smoking cigarettes. I’d rather starve to death than do the humiliating meat-walk of shame.

Here’s a tip to travellers, don’t speed on your way into/through the city; photo radar is everywhere and there is 0 tolerance. I’m waiting to see if any speeding tickets to come in the mail.