In terms of coffee, I wasn’t sure of what to expect in Alabama. As far as southern cities go, I know that Atlanta has a great coffee scene but I’ve also experienced significantly terrible coffee in both Mississippi and Louisiana.

I’m giving you my list of top four from Mobile… really biased… because I really only had coffee in five different places and one was a grocery store (Whole Foods). I’m sure there are lots of other options, Mobile has a lot of things going for it: it’s a tech hub, there’s a University, there’s a military base close by, and it’s a cultural bubble influenced heavily by New Orleans.

This means outside influence certainly makes its way into the city. The only problem is, the central part of the city is small and driving is required to sample a variety of different places. 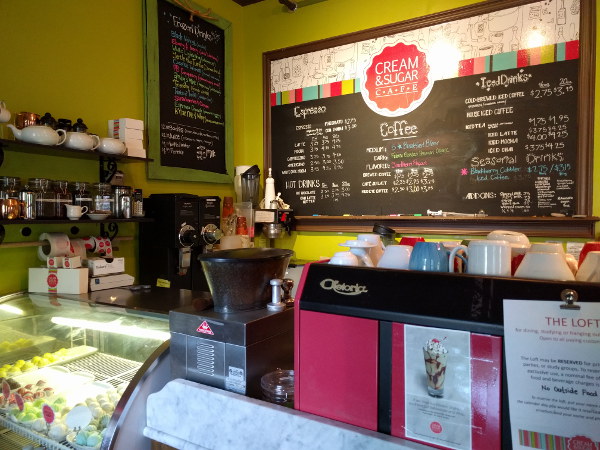 Located in a small, cute little community near the airport (in the industrial district), Cream & Sugar was the least memorable of the coffee places we visited: rather meh, but I think this was because our barista was a new employee.

Staff were friendly, the shop was cute in a Strawberry Shortcake kind of way, and the baked goods are made in house and I’m told were delicious. I will also call out that they noticed my sticker laden laptop and augmented it with one of their own. 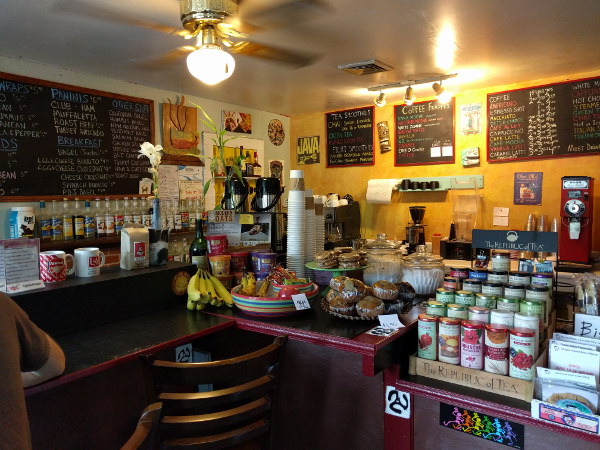 Also, in a community out by the airport (Old Shell Rd.), this university haunt is reminiscent of the old, smoky, couched coffee shops of my university days. This is the type of place you’d hang out and study/discuss/contemplate with classmates for hours on end.

The Japanese name (Satori = sudden enlightenment) is reminiscent of the city’s ties to Japan and the U.S. Navy. A fair number of people who settle in Mobile are ex-navy or work for the coast guard. The city is close to both Biloxi and Pascagoula, both naval hubs.

The coffee was ok. It wasn’t knock-your-socks-off good but certainly worth exploration. 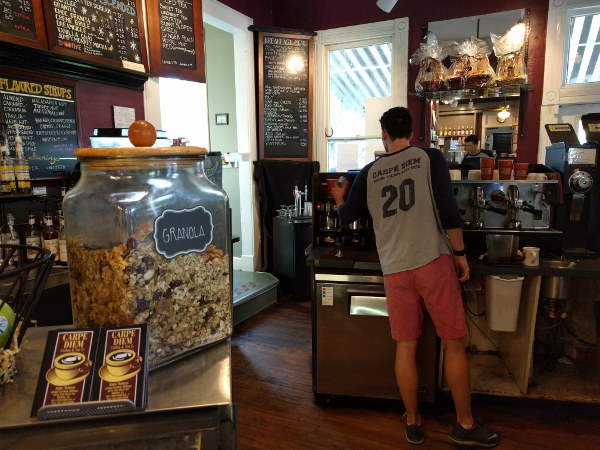 Carpe Diem is on a different tier from the other two coffee places. While the other two focused heavily on coffee, baking and food (the full package), this little place focused primarily on coffee and the art of making coffee.

While it felt a bit too hipster-ish and snobby, the coffee was good and definitely worth a second visit. 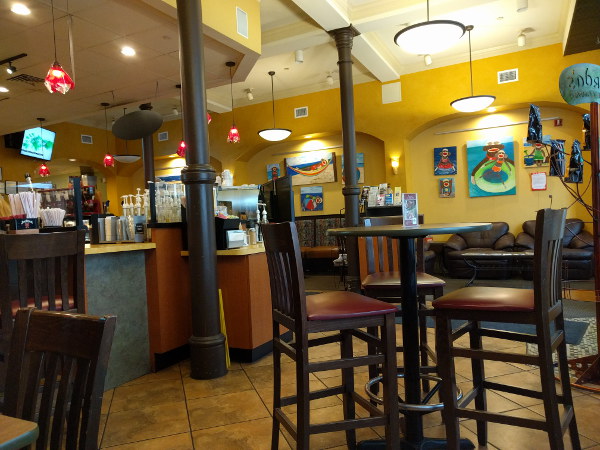 This was by far the best of the coffee shops we discovered. We spent A LOT of time here exploring what they had to offer. Their lattes were reminiscent of Seattle and Portland style lattes… not too weak, not too strong, not too sweet, with a hint of caramel in the finish.

All beans are roasted in house and in the back. You can sit and chat with friends while you watch them roast the beans in the windowed room next to you. 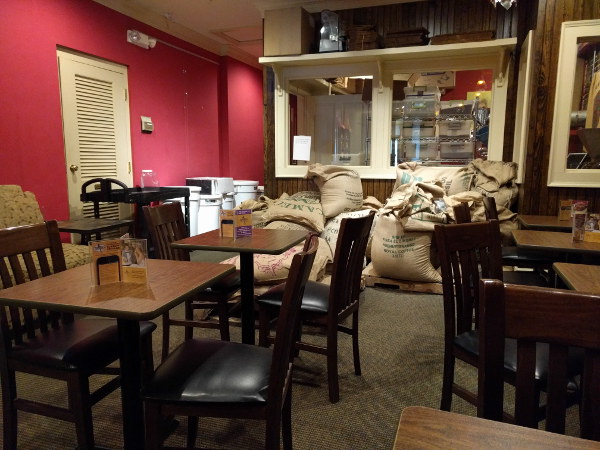