In other words, there are a lot of churches and schools in this town. That said, I couldn’t help but feel like I’d arrived at Hogwarts on my first day as I sat amongst students in a steamy coffee shop to get out of the damp cold. They all looked nice and proper in their college colours.

Photographically, I can’t seem to capture that warm, orangey feeling that surrounds you while sitting in a pub or coffee shop in central Cambridge; like fall meets home meets Diagon Alley meets Amelie. I think the reason why is I’ve been too shy to photograph people and you really need a lot of people for the representative feeling I have in my head.

Still, here are some of the photo highlights:

Apparently, there was a game of quidditch recently. 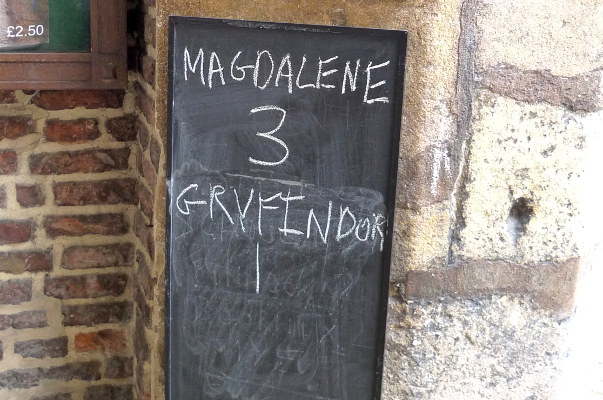 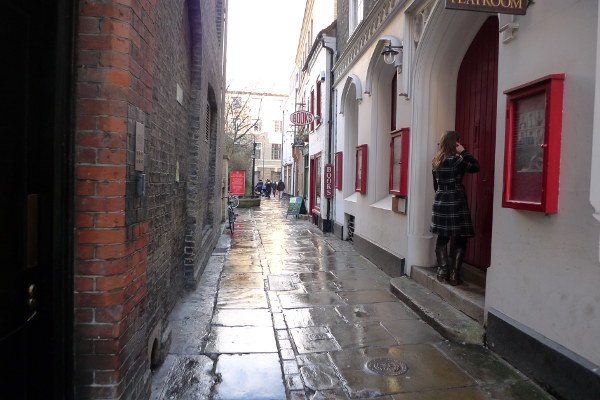 This one feels more World War II to me; bleak, grey, mechanical, and cold. 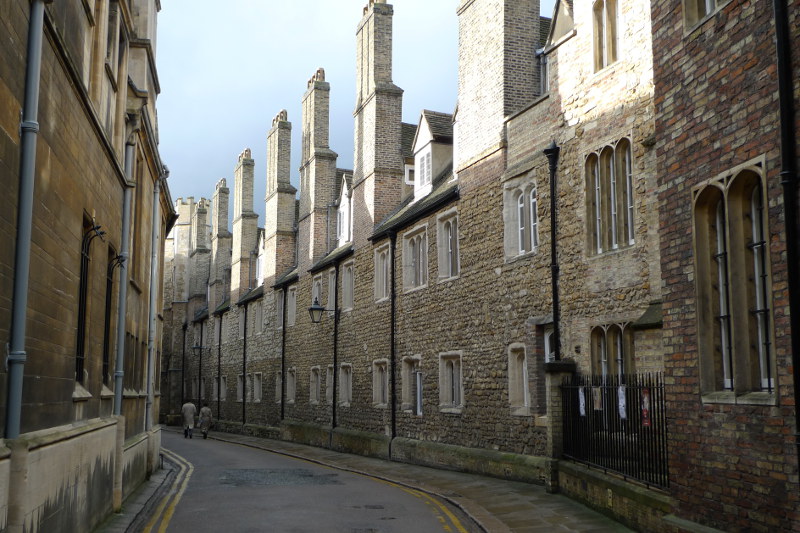 People on bikes are everywhere. Cambridge is one of the top bicycling cities in Europe (probably because many of these streets can’t handle vehicle traffic). 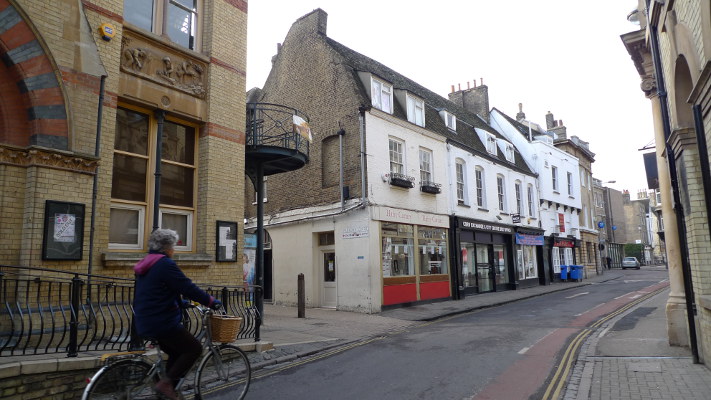 Green Street, said to be named for the grass that grew between the cobblestones after the street was walled off to keep people sick with the plague contained. 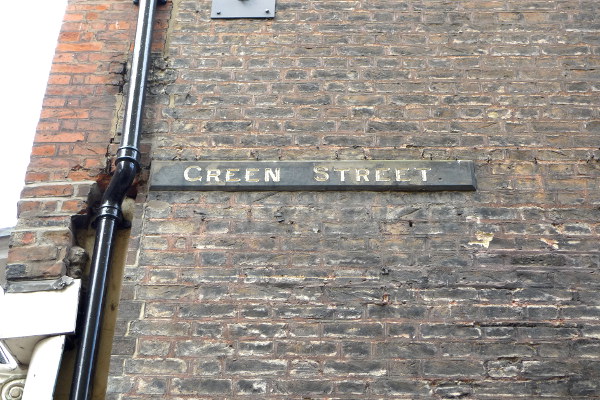 Little Saint Mary’s Lane has been inhabited since the 1300s. 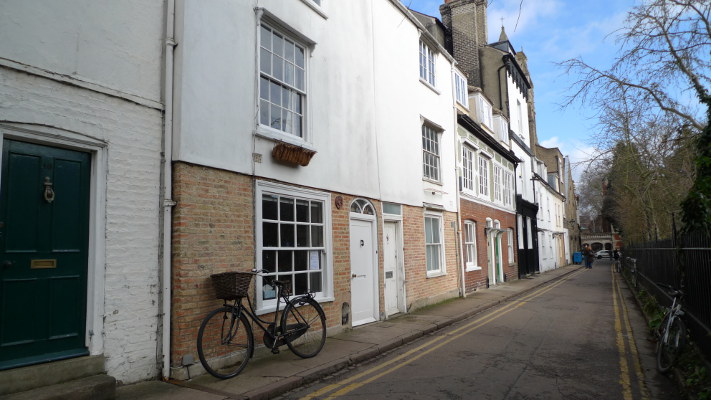 “Little St Mary’s Lane has been in existence since at least 1300 and originally housed the bargees who brought corn and coal along the river to the Mill Pool. It evolved from this commercial use and became the houses of college servants in the late C19. The lane had a reputation as a ‘red light area’ when the old Half Moon Inn moved from Trumpington Street to no 5 Little St Mary’s Lane in 1875. It apparently lost its license in 1971 because of the behaviour of the ‘licentious’ soldiers! Today the lane has been gentrified and is a quiet, mainly residential, street.”

I can’t remember where these two were taken: 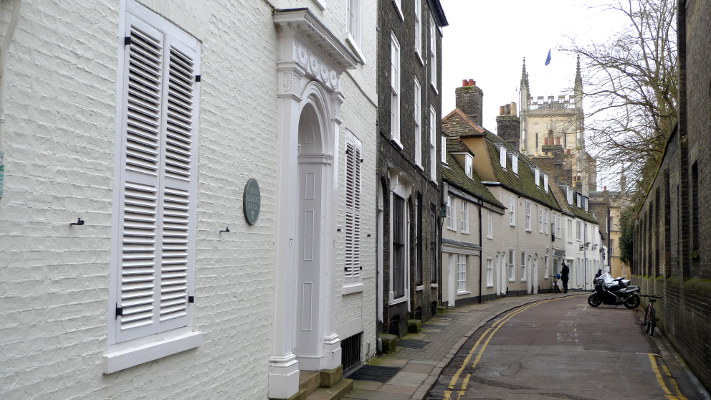 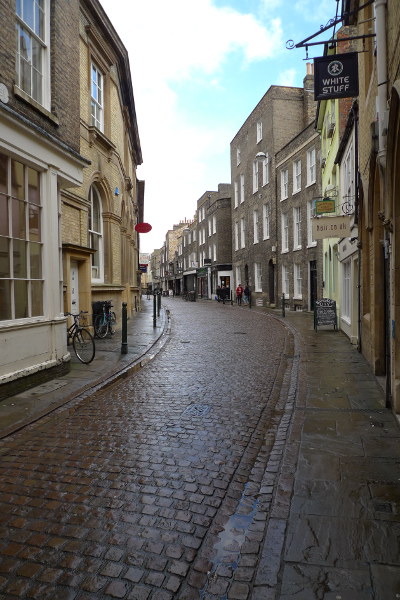 0 comments on “The Streets of Cambridge”Add yours →