It’s been a while since I’ve seen an early-start city like this. Traffic was definitely flowing at 6:30am and by 7:30am it was moving slowly from congestion. People are at work by 8am. This makes for a long day if you work with the West Coast. It also means you need to be quick to snag parking. 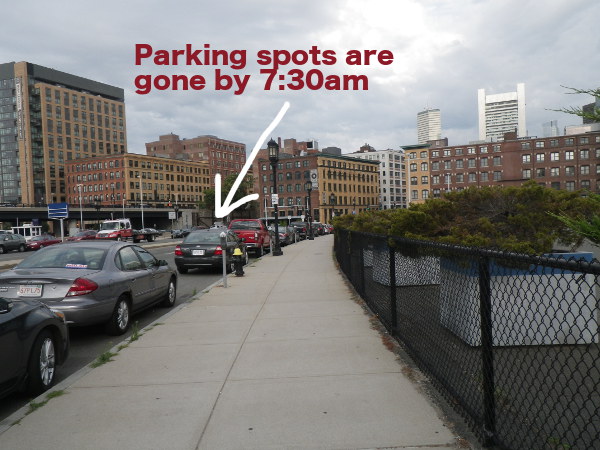 My day started at Flour. Joanne Chang, her baking, and her cookbooks are well known in Boston. This particular location is extremely busy… starting at 8am. If you come after this time you better hone up your crowd navigation skills and plan to wait for a good 20-minutes for a coffee. It’s worth it. Their gf and vegan options are phenomenal (and the offerings vary throughout the day).

Tip: I arrived at 7:45 and there was no one; 15-minutes later and it was standing room only. 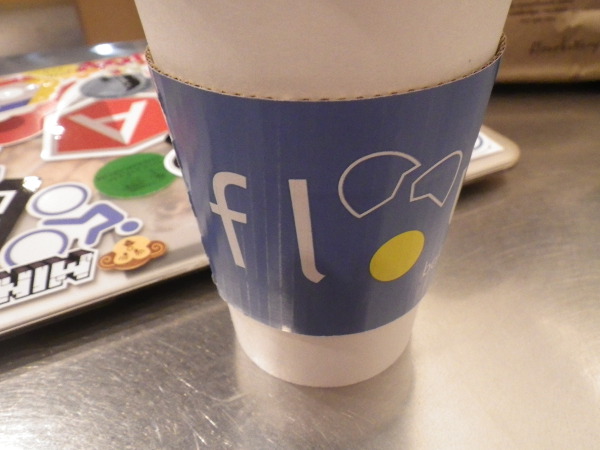 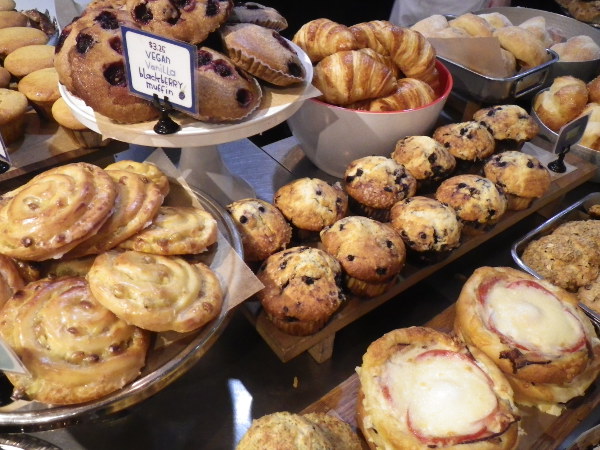 The new project is a gentle project. There are no difficult, harsh, soul-crushing conversations that need to happen. There’s no extreme, magic, big brain consulting juju required. Only some gentle coaching and guidance for people who seem to be willing to listen and evolve. 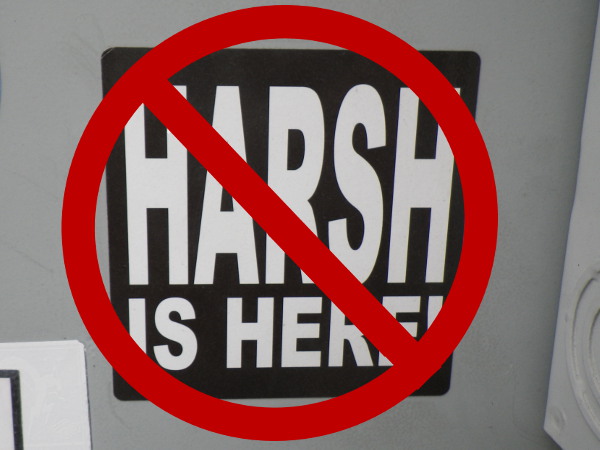 Roughly 10% of the projects I work on require deep technical or analytical thinking; the other 90% is solving people problems that have been allowed to fester for years (and drawing lots of venn diagrams and 2×2 priority matrixes to assist in these conversations).

Thinking and people consulting requires coffee. So, the second beverage of the day comes from Barrington Coffee, which I would consider the first amazing, quality espresso-based coffee I’ve had since… well… Santa Cruz. 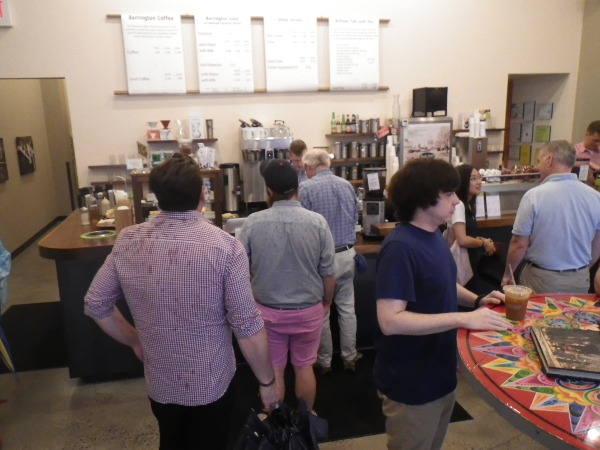 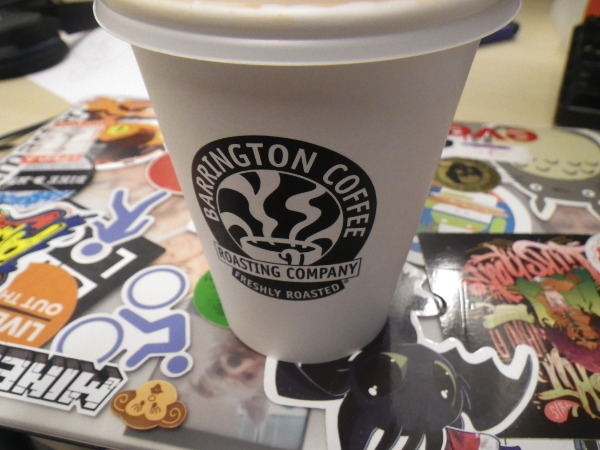 Both of the two coffee shops mentioned above and a handful of others are on Congress near the Children’s Museum and Tea Party Boat in Seaport. I point this out because they have surrounded and are strangling out Boston’s most famous coffee creation: 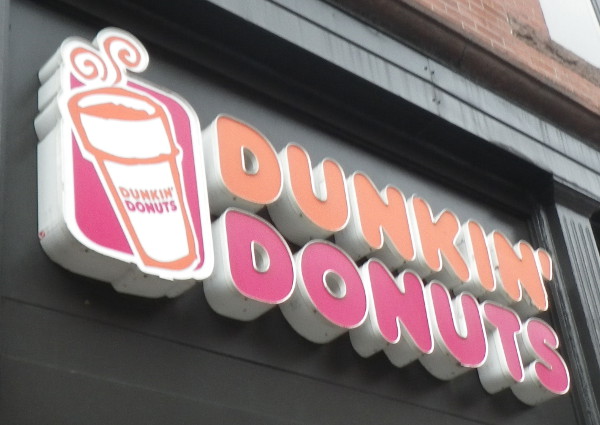 I find this really encouraging because 5-years ago it was the other way around. Both Starbucks and Dunkin’ Donuts use extremely aggressive growth and expansion tactics that often shut out small, local coffee shops.

And in 2015, Dunkin’ Donuts announced a new aggressive international expansion plan. The plan is to “improve discipline and profitability in international markets.” What they should plan to focus on is the quality of their coffee. Never experienced it myself, but one of my coworkers described it as weak coffee water that you can’t force yourself to swallow.

I’m still only taking photos with the Pentax Ricoh WG-20, which I’ve determined is really not that fun unless you have water and things in the water to take photos of. Taking photos of a hotel pool with no one in it is just plain boring. 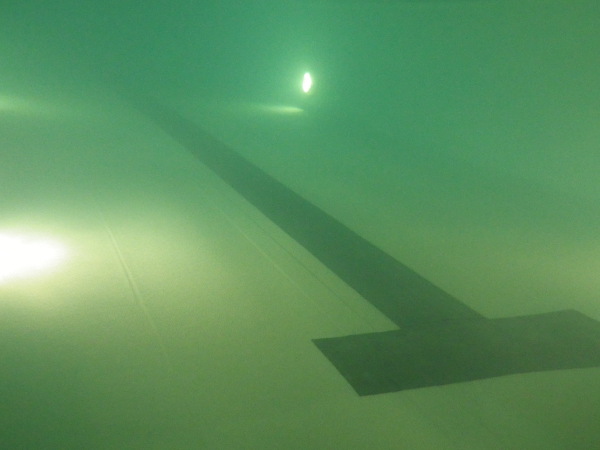 I did look for other bodies of water… like fountains… and a way of getting down to the water level in Seaport. But, the search was short-lived because it started to rain and the sidewalks became slippery and I didn’t want to fall into the ocean. Though… the one advantage of having a waterproof camera is you don’t have to worry about the rain or dropping it into water (because I’m clumsy). 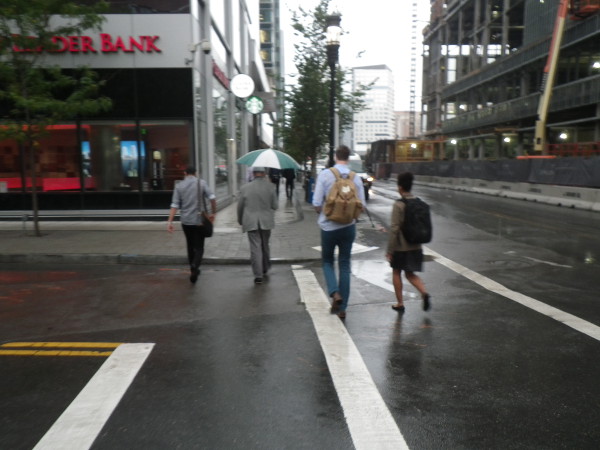 Above are the lovely people I am working with on this project… on their way to dinner.

0 comments on “People start early in this town. This requires coffee.”Add yours →