The street food scene in Boston is really fantastic. Most of the food I’ve sampled from the food trucks so far is BETTER than the food I’ve had in sit down restaurants.

The app I’m using to locate street food is the Street Food Boston app. It’s been really accurate for me and provides enough information to make informed decisions on which direction to head in to find trucks at lunch.

I saw the cod squad truck and was immediately suspicious. It’s fried fish served from a food truck… how safe and quick can this be. But, their lobster rolls are frequently blogged about new England staple so I decided to give them a shot. The fried fish or roll is not for me, so my only real option was to try one of their salads. 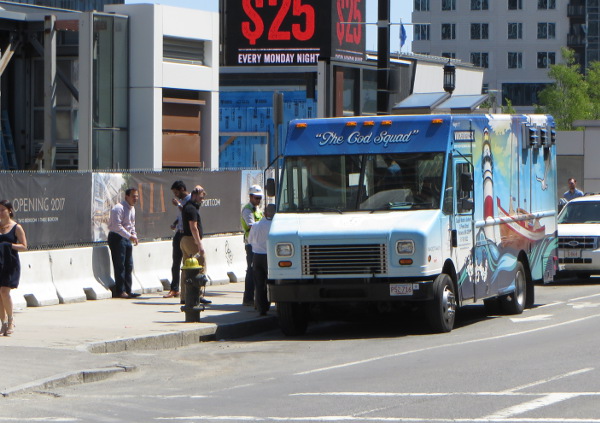 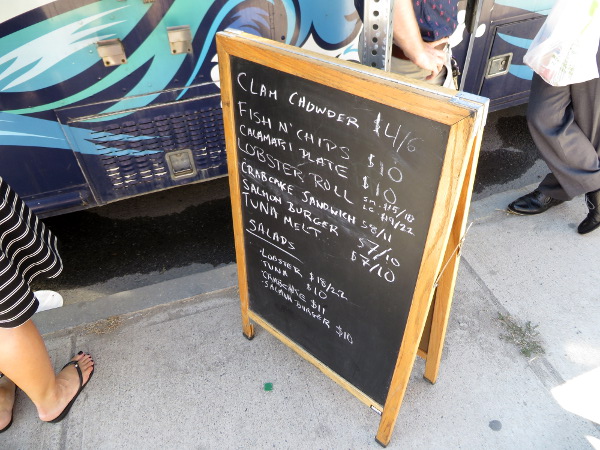 Usually, a tuna salad from a fish place is comprised of a block of slightly wilted and brown iceberg lettuce, maybe some shredded carrots, maybe some cucumbers, and a blob of tuna. So, I was expecting to be disappointed by this food truck. I already had in my head that this would be my least favourite… because the only menu item for me is the salads.

But, the tuna salad that appeared shocked me. It was big, it contained a medley of different lettuce types, there were radishes, peppers, onions, tomatoes, cabbage and sprouts. And, the tuna was a decent sized blob of tuna. 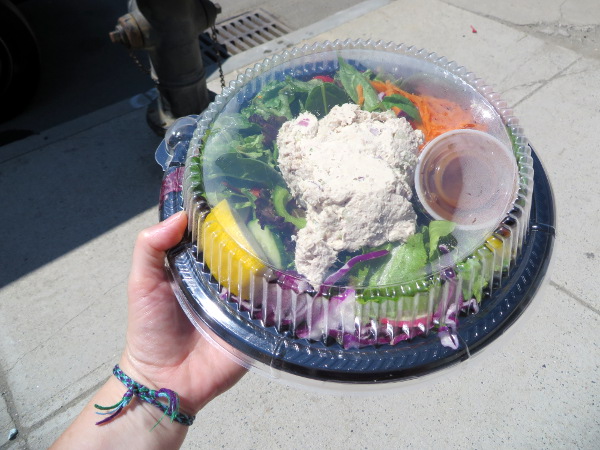 I can’t even begin to explain the tastiness of the salad. The dressing wasn’t too heavy, the tuna salad bit was well seasoned, and the vegetables fresh. I went from thinking that this would be my least favourite of the food trucks to being dismayed because I can’t say which is my favourite. I guess that’s a good problem to have. 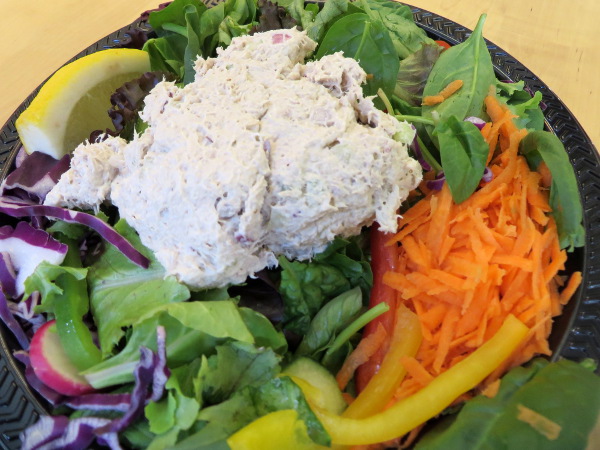