Twas a bit of adventure cooking a big meal in Montreal for the first time. And, an introduction into the politics of cuisine in a place settled by the French.

Every time I asked someone at the grocery store for packaged gravy, stuffing, and cranberry sauce, they’d turn their noses up at me and point vaguely in the direction of candied cranberries and chicken stock cubes. And, apparently, boxed stuffing is not even a thing worth acknowledging.

So, I had to learn how to make gravy and cranberry sauce… not hard but I do miss the brandy-soaked cranberries we used to get in Calgary. 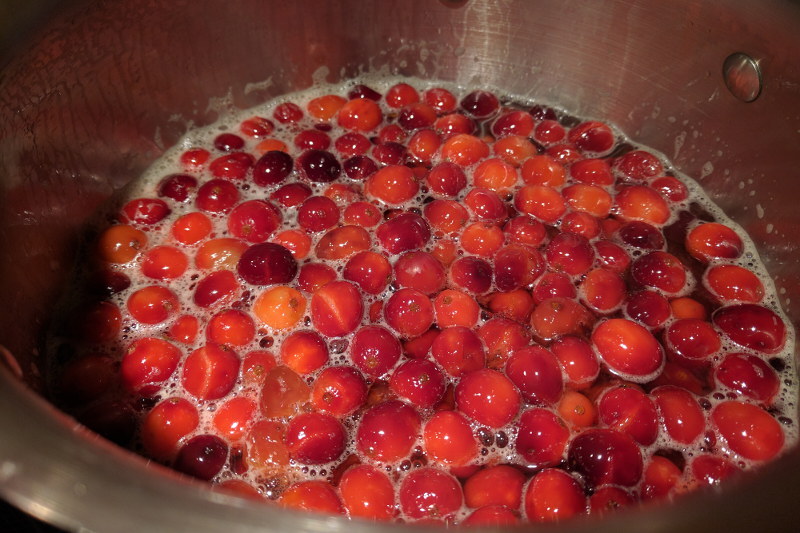 The gravy sucked… because with gravy we’re delving into the corn-free / gluten-free world and that means you have to be a herb/spice wizard to make it taste like something. I’m not that wizard.

For stuffing, I just put together quinoa and rice because apparently this is a thing and it’s a very popular thing and people are completely judged on the quality of their quinoa and rice. I added celery and onions and the texture worked. Having a fancy stove really helped with the entire production. 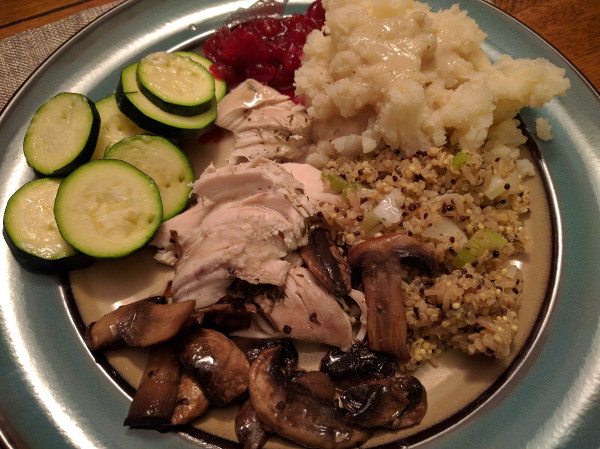 The biggest hit was the cranberry sauce; it ended up on everything: chicken, potatoes, cheesecake. Even I surprised myself because I completely winged it.

One bag of cranberries (grown in Quebec), some water, one cup of cane sugar (comes in a carton), and one cinnamon stick. The secret is to only boil until the berries crack and then let it sit forever. Cranberries have pectin so they’ll thicken on their own.

The jar was full at the beginning of the meal… 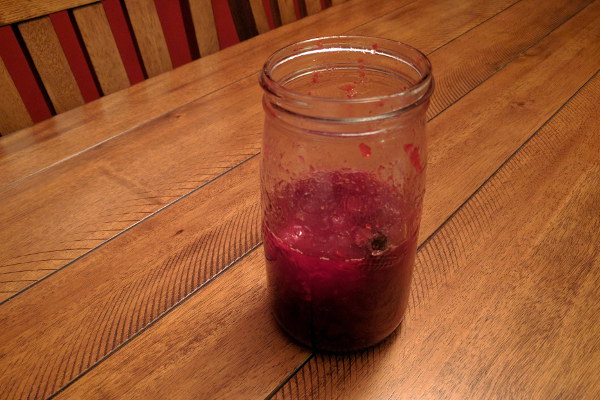 People take their cheese seriously here… REALLY seriously. So, the desert cheese for the weekend was le Riopelle [link removed] and le Mi-Carême. 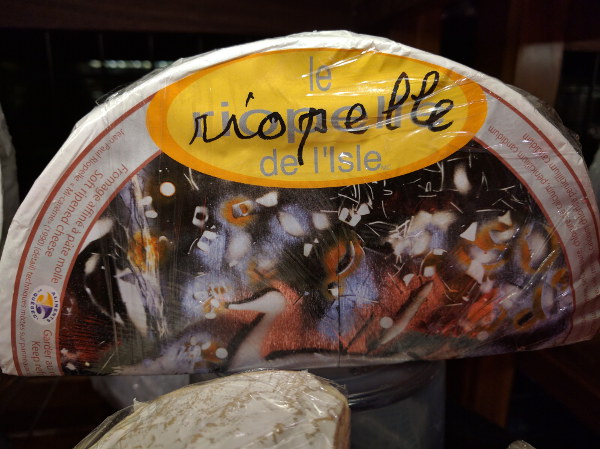 I love cheese that comes with a history/story (like it was made by nuns on an island using old brandy barrels that date to the 1700s). 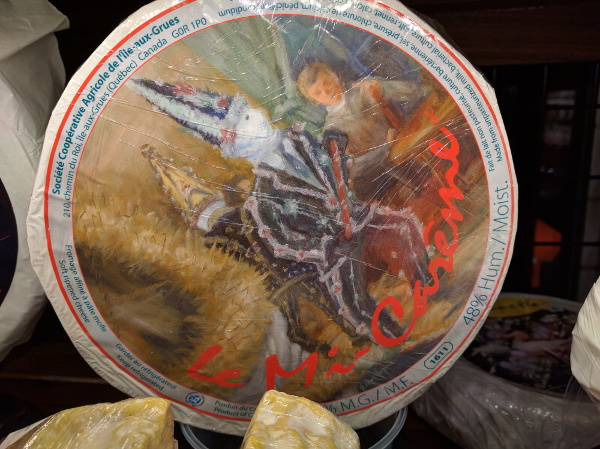 These two particular kinds of cheese are made in Québec and the le Mi-Carême cheesemakers come from l’Isle-aux-Grues where the residents incorporate a several week-long costumed festivals into the making of the cheese.

One day I will visit them because that just sounds awesommmmme!

0 comments on “Thanksgiving cooking adventures in Montréal”Add yours →