Day 2 came quickly and signalled the end of the Thanksgiving weekend as gads of co-workers flocked back into the office after an extra day off.

This means days filled with training sessions and workshops and conversations and pizza lunches and hugs and hey-how-are-yous. It was good to see familiar faces and some new face surprises too! 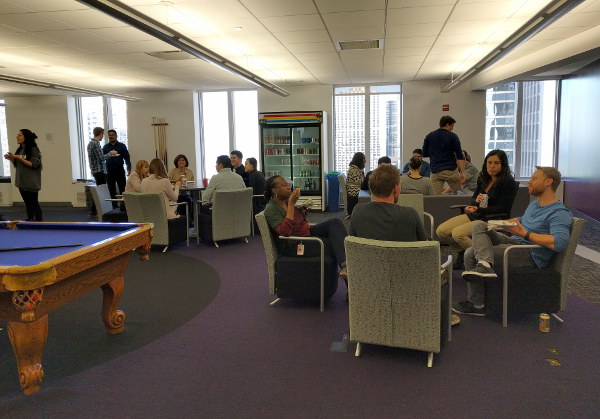 It also means that I have to make space and time for food. In this world, I get pulled around a lot and it’s easy to simply forget or suddenly have no time to eat.

Today I needed a proper egg-filled, non-muffin breakfast… and Lyfe Kitchen was within 2-minutes walking distance of my starting point for the day. 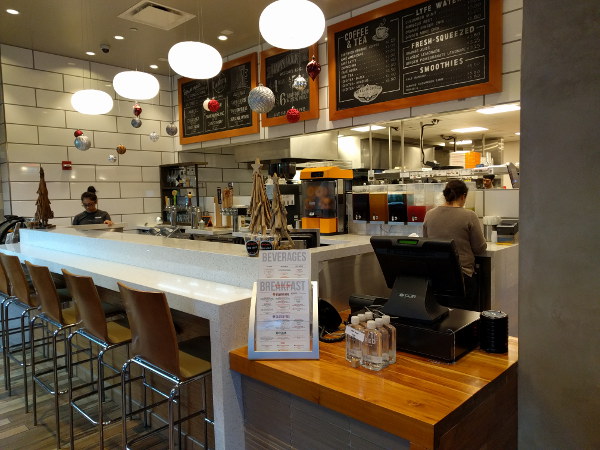 Lyfe Kitchen was always my default go-to in Palo Alto; so much so that I followed the chain as it expanded throughout California, and now the rest of America.

So, it was a surprise (to say the least) to discover that Lyfe was started by former C-Level Execs from McDonald’s . And, the Lyfe brand is now owned by the Carlisle Corporation… the same organization that owns Wendy’s.

It should be interesting to see how Lyfe evolves. Will they go away from a focus on food and move towards appeasing the shareholders? That would be a real shame.

I will say, the portion sizes are either different in Chicago or have changed from my days in California, meaning the frittata is huge compared to what I’d eat in Palo Alto.

I’m not a huge “cafeteria-style” person… mostly because GOOD gf options are rarely available in cafeterias and eating from a salad bar involves some sort of bad food contamination that inevitably makes me sick (after years I still haven’t been able to pin down the sickening source on this one).

However, time was limited so I decided to take a peek to see what’s available. Market Thyme does a good job of offering different food possibilities for a variety of people. It reminded me a bit of a Vegas-style buffet. There’s sushi. There’s Chinese. There’s a salad (most popular). There’s fried food. There are sandwiches.

Best of all, there’s bibimbap! 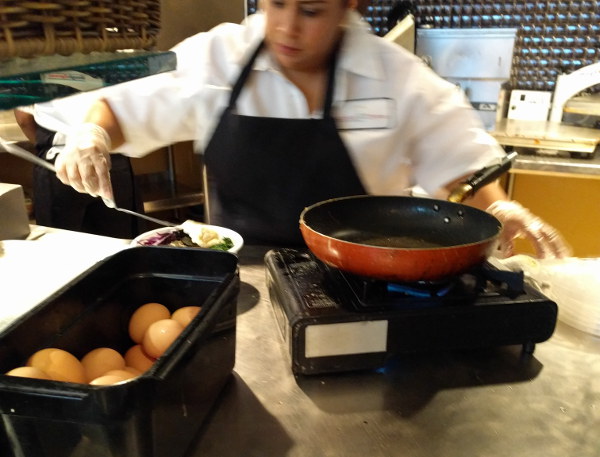 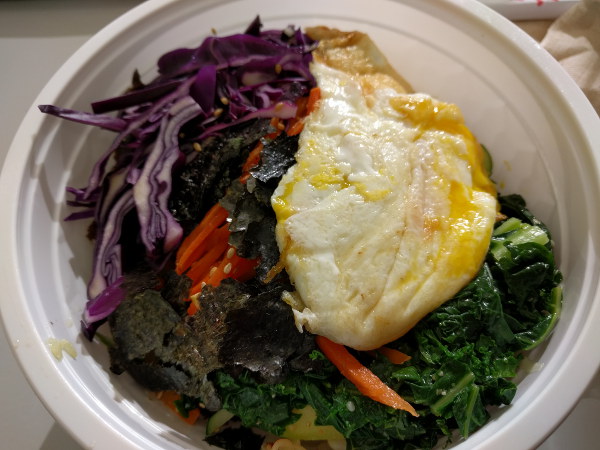 The bibimbap didn’t have a ton of taste and it’s certainly not served in a stone bowl with crunchy rice (the best part), but… when time is short and options are limited, this is a healthy, fast, $9 meal.

Restaurant Row in Chicago a strip of buildings along Randolph between Halsted and Ogden Avenue. The area has simply exploded with foodie and elevated (pardon the pun) restaurants. This is where celebrity chefs spend the bulk of their time and effort.

Unfortunately, reservations on Restaurant Row need to be done well in advance (sometimes months). But, if you’re looking for a place to dine out on a special evening… this is it.

Happily, Momotaro is one street over from Randolph (on Lake) and sits under the elevated transit tracks. It’s possible to get a reservation here a couple of days in advance. 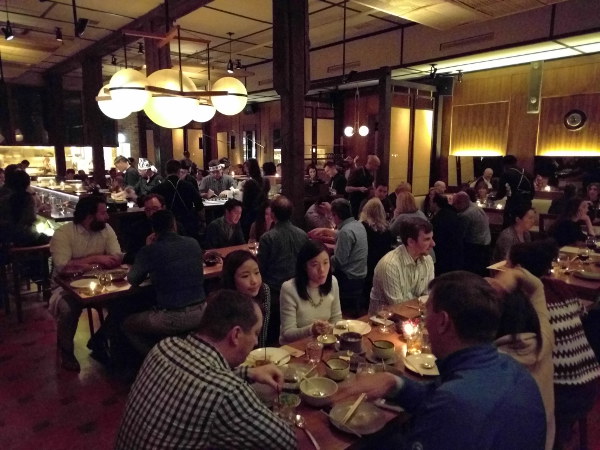 The restaurant really packs people in. We were so close to our neighbouring tables that we could overhear all the conversations. At some point, we just decided to talk to everyone and our little tables became a community table. We met some really interesting people.

The sushi here is fantastic. It has all the elements of that make it a H Tier 1 / M Tier 1 restaurant from the sushi rating system that I used in Hollywood.Great presentation, unique offerings, butter-soft fish, ingredients shipped over from Japan, etc. I wanted to try everything on the menu. 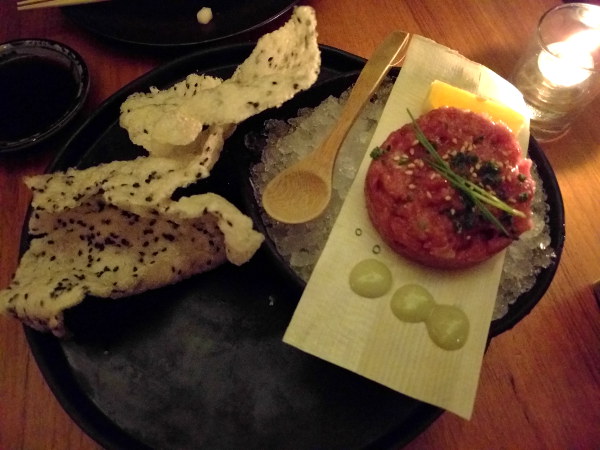 We did have a lengthy discussion about one piece of sushi that is smoked on wood chips that come from a 1000-year old cypress tree in Japan. Before ordering, we had to get assurance that the tree wasn’t cut down in the making of one piece of sushi. 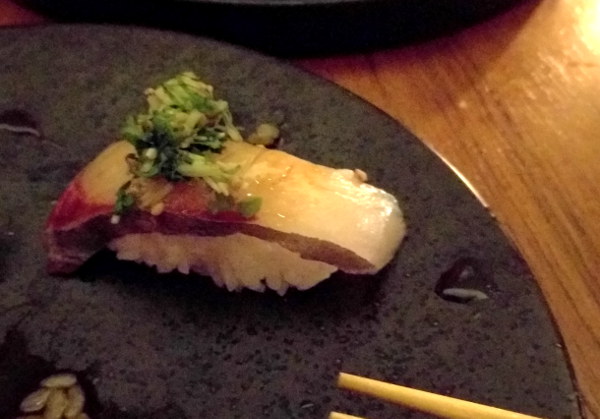 0 comments on “Foodie Adventures: Squished BibimBap and Restaurant Row”Add yours →