Flights to New York are notoriously bad. The ever persistent wind makes landing difficult in the city and on multiple occasions I’ve been on NYC flights that are cancelled; I seem to have more luck with Newark than LaGuardia or JFK. But, in the end, weather wouldn’t delay us… removing a passenger from the flight would.

Regardless, even after passenger drama and a rough and windy landing, we were still in the city by 10am. It’s really easy and extremely cheap to get to NYC from Montreal. 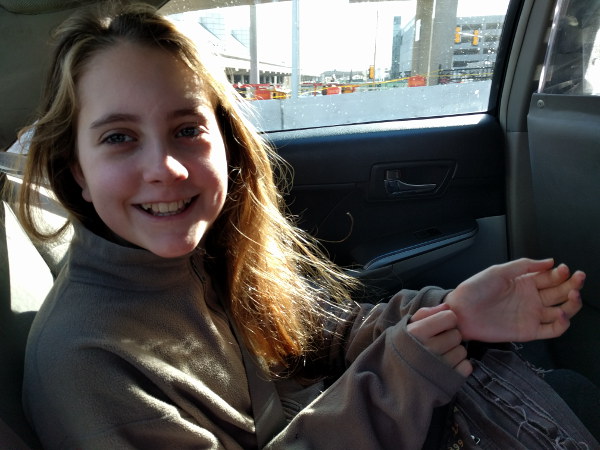 By 11:00 we were enjoying a cinnamon donut and latte at the minimalistic UN haunt, Pennylane Coffee in Midtown.

By this point, La Niña was already gushing with adoration of the city, praising the ability of the Pennylane barista to create intricate lines on her latte art, and vowing that she would live in NYC one day. 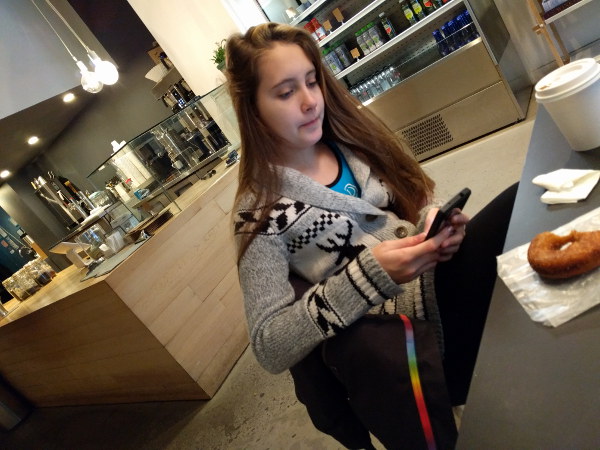 By 12:00 we were wandering towards Macy’s looking for old friends and vestiges of Christmas. There is a blur of typical New York landmarks and Christmas trees.

The folk story behind New York’s Christmas trees is that every year the Québecois load up their pick-up trucks with trees and drive to New York to sell them.

The legend is so entrenched in street psyche that companies who bring in the trees will hire people from Québec with French accents to sell the trees. The stories are not so far removed from the truth. This post lets you meet the tree vendors of New York. 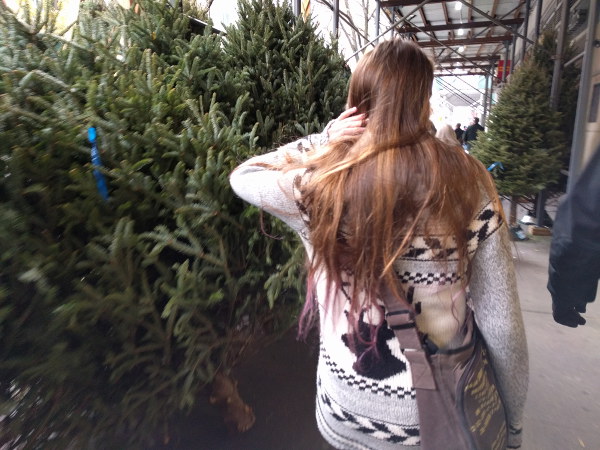 We’re told there are no tree lots in NYC so trees line certain parts of the city. Locals will go and pick their tree and then carry it back to their apartment; some will come in the middle of the night to avoid the people on the street or to surprise their family.

The problem with the Macy’s Christmas displays is that you can’t get anywhere near them unless you really enjoy pushing your way through moshpit-like crowds. It’s like visiting the Louvre to see the Mona Lisa. 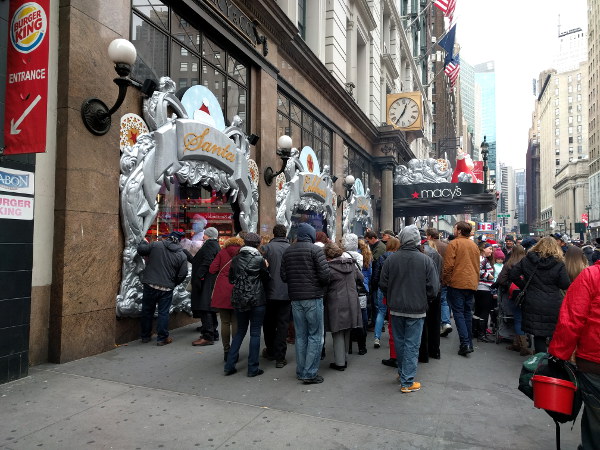 As such, we bypassed Macy’s on Saturday (except for telling people to meet us under the giant, blow up, little girl named Virginia by one of the entrances) and went for brunch. The hope is that on Sunday it wouldn’t be as busy.

After walking through the flower district, we discovered a great little Belgian breakfast place; I think it was Markt but I’m not 100% certain. I never thought to actually look for the name of the restaurant because we were too busy catching up with old friends. 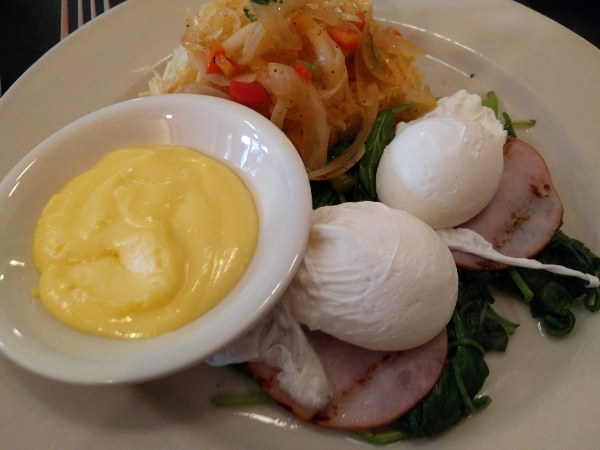 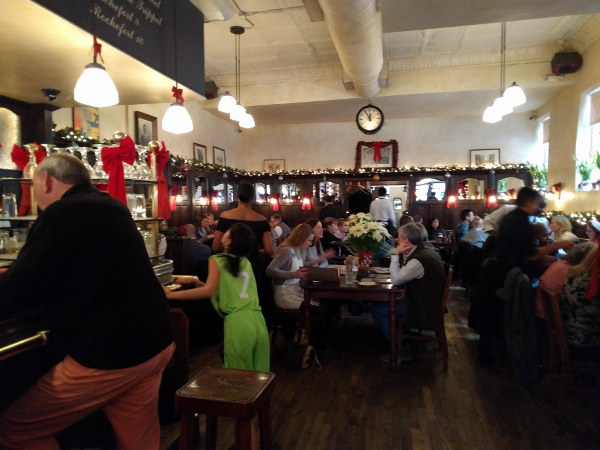 The Christmas Market in Union Square is just as packed as… well… everywhere else in NYC. The good news is there is no entry fee to get in and you’d don’t have some guy searching and poking everyone’s bags on the way in/out. 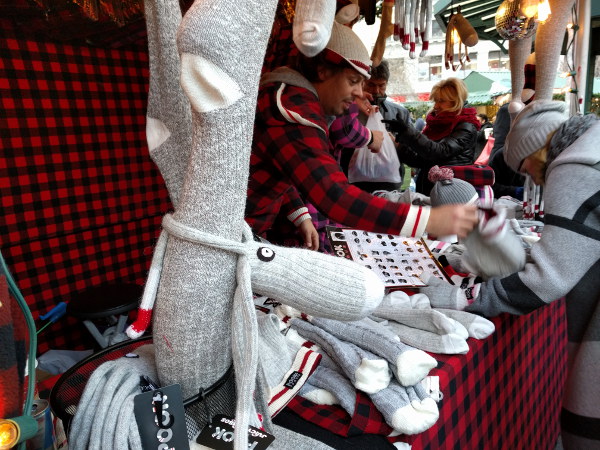 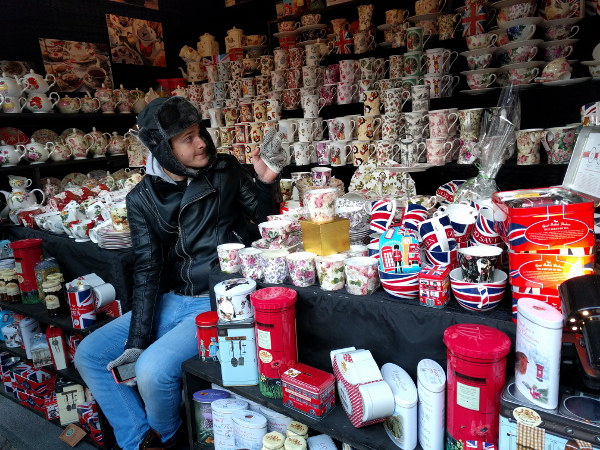 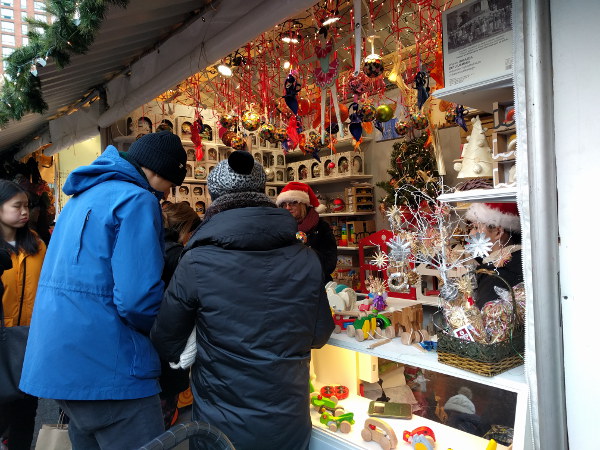 There are so many wonderful things to see and buy at the Christmas Market; unfortunately, at times it is impossible to get to them. 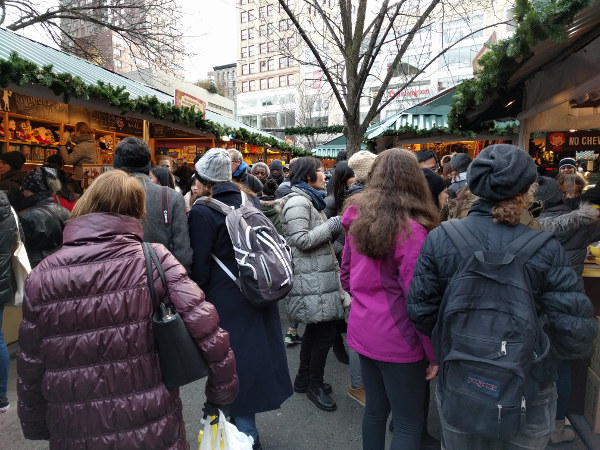 0 comments on “48-hours in NYC: Midtown brunch and the Christmas market”Add yours →