Deep breath… prepare oneself… the next day was about shopping and delving into everything that is touristy and cheesy about New York. Crowds… I *love* crowds (sarc)…

It all started with the M&M store because La Niña was guiding the way and what’s more attractive to a kid than a massive two-story-tall blue candy? 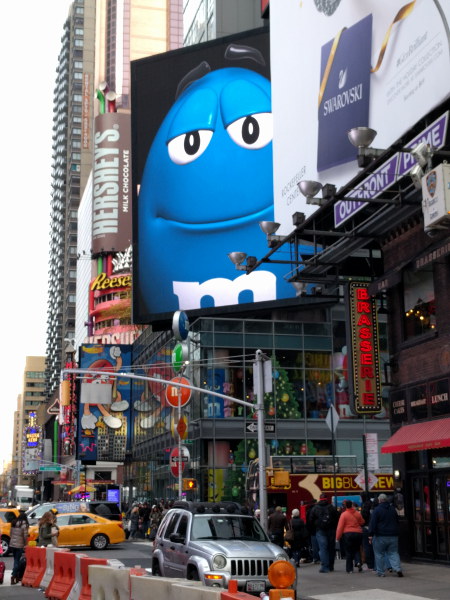 Actually, for my kid, the answer to that is books… but by this point, we’d already done the obligatory two hours of wandering at The Strand. 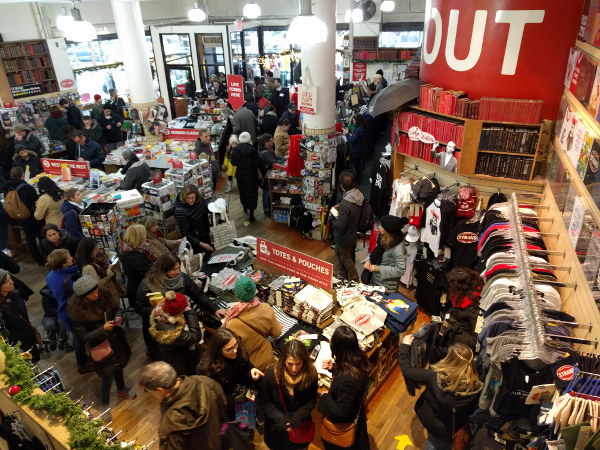 We moved on quickly because there was nothing Christmassy at all about the M&M Store. I can’t even remember if they had a tree. It’s probably best that they didn’t because there’s no space to move with all the people jammed inside.

If either of us could actually eat M&Ms, we would have picked up the “I love NY” candies… because they’re unique to this store. 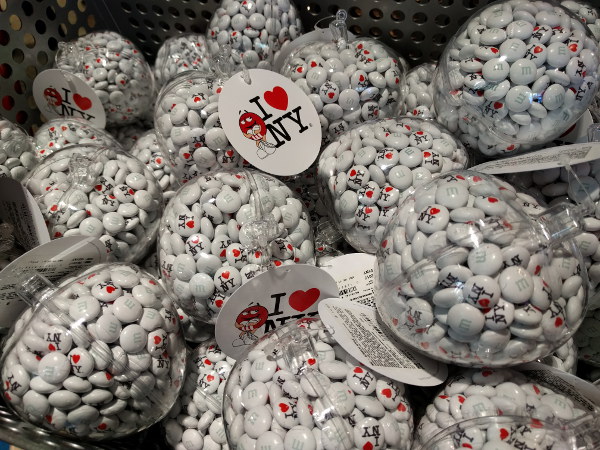 The next stop was Times Square. We braced ourselves for the brief wander by grabbing a coffee at the busiest Starbucks I’ve ever seen. Here La Niña had her first pumpkin spice latte.

The momentous occasion was marked by us witnessing an altercation between a patron and the store manager, which ended with the patron throwing his coffee in the face of the manager while screaming “F**K YOU” as he stormed out.

We think he was upset because Starbucks killed Frosty. 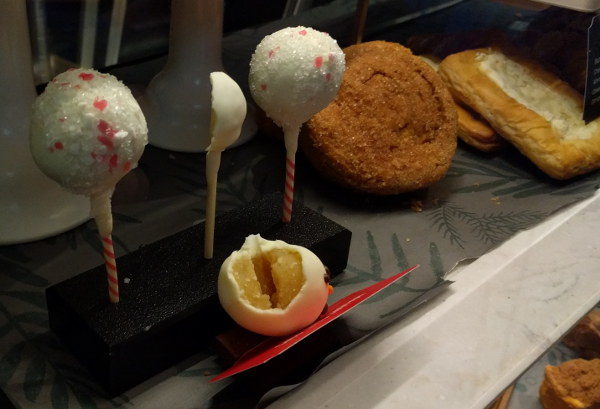 Rather than sit with hundreds of our best friends at the same table and watch employees dump out the dozens of coffees for people who didn’t bother to stay to get the drink they paid for, we went outside and sat in the square. 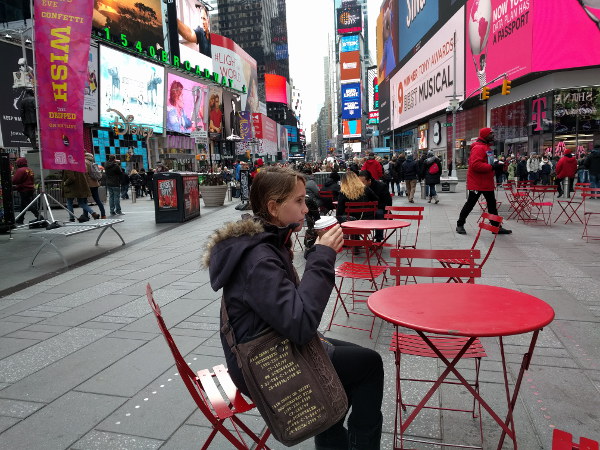 For our visit, we couldn’t find any food trucks or any of the iconic Times Square characters (like the Naked Cowboy) so we didn’t stay very long… there was a quick walkthrough to get to H&M. And, then we hightailed it out of the area for lunch.

The closest, decent lunch spot is the Untamed Sandwich, which does a really nice gluten-free pulled pork sandwich. 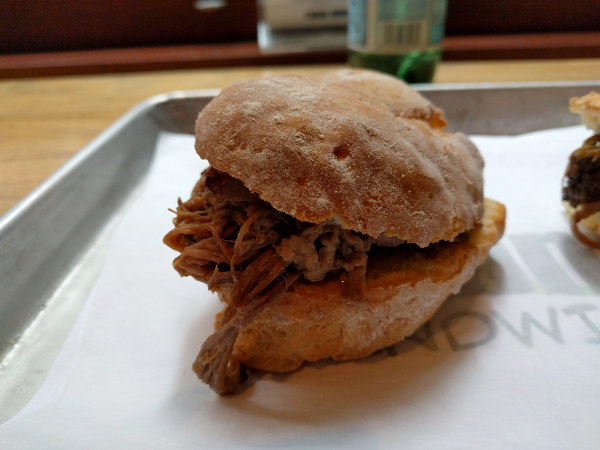 After lunch was attempt two at visiting Macy’s. The crowds were not as large on Day 2, probably because SantaCon was over. So, we were able to see the window displays. 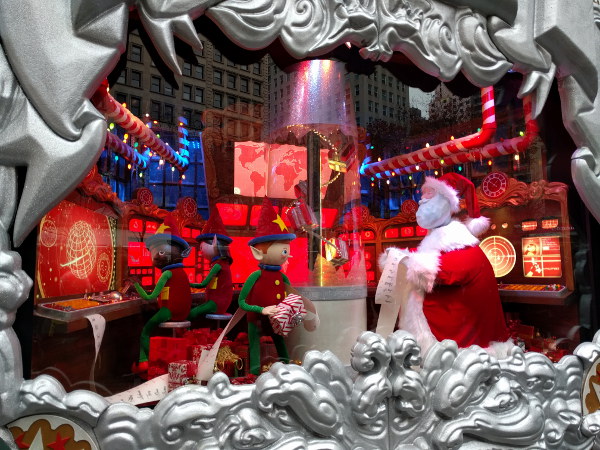 This time we went inside. 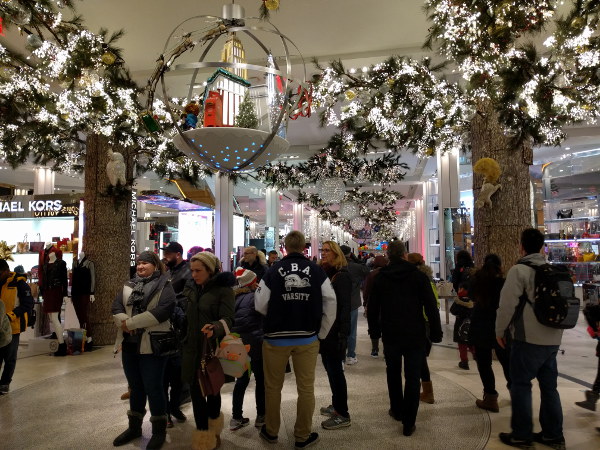 One of the coolest things in Macy’s is the oak and ash wooden escalators near the top of the building; they are original to the 1920s and are the last set of intact wood escalators in the city of New York.

To hear them clanky clank along like an old wooden train was an unexpected and delightful surprise. 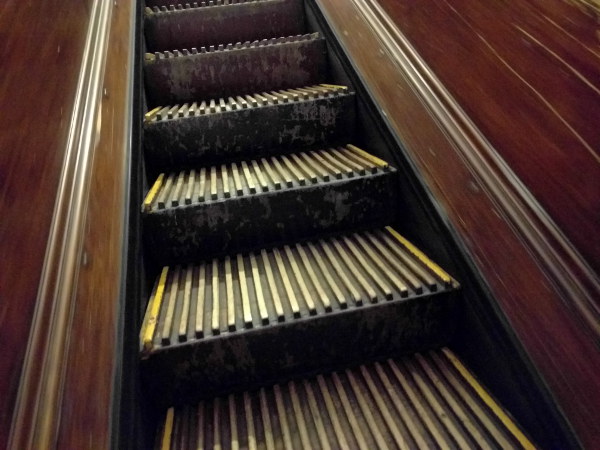 We rode the escalators to the top so we could walk through Christmas Alley. Honestly, this was a better experience than looking at the displays outside… and much calmer. 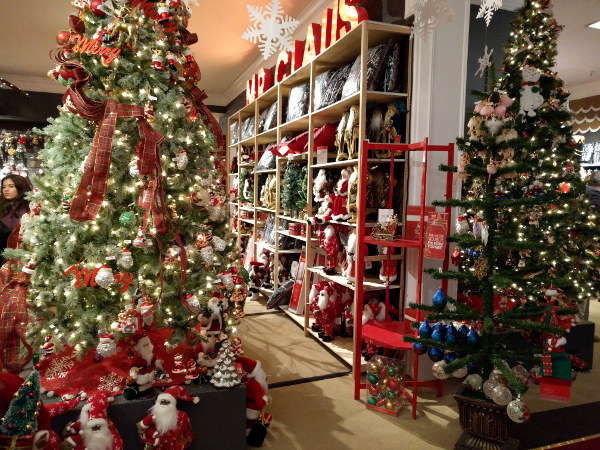 0 comments on “48-hours in NYC: Times Square, Macy’s, and Shopping”Add yours →