We found Bistango by accident; and, this little Italian restaurant turned out to be a fantastic discovery. One flatbread pizza was all it took to become our favourite restaurant in the city. 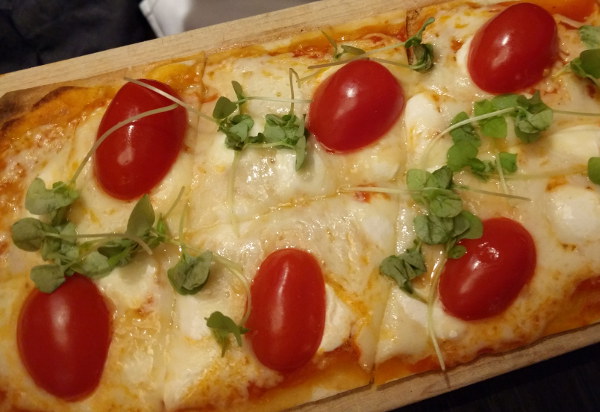 I find the gluten-free thing massively interesting; while in Napoli, I discovered there is an epidemic of celiac disease in that city. It was easier to eat gluten-free in Napoli than in any other city I’ve travelled to. In fact, most of the gluten-free pasta we get from the grocery store in Montréal originates in Napoli.

Desert was an affogato. And, it was done deliciously correct. 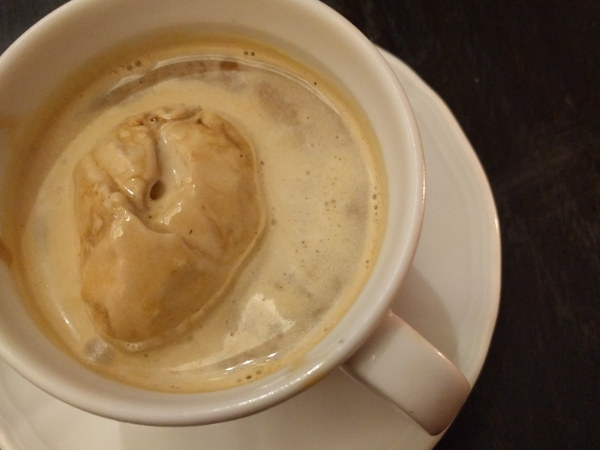 The Rockefeller Tree and Light Show

On the flight to New York, I read an article about the Montréal Christmas tree vs. the Rockefeller tree. And, how the 94-foot-tall Norway spruce tree in NYC has its own team of fluffers who work for weeks to make the tree look beautiful. And, for those areas that can’t be fluffed effectively, they add fake branches to fill in the gaps.

If you’re thinking of possibly stealing said star or damaging the tree, it’s guarded by a team of men bearing semi-automatic rifles. Entrances in and out of the park are also guarded by soldiers.

The Christmas Spectacular at Radio City Music Hall is one of the most consistent Christmas shows in New York. Year after year since 1925 (in St. Louis) these 80 ladies have donned the same costumes and done the same kicks.

Some have been doing the current Christmas show for over a decade. Those that were in the show in the 80s are now helping the current showgirls with costume changes. This is how loyal they are to each other.

We knew to arrive early. After wading through the thousands and thousands of people who are out to see the Rockefeller tree, we waited in the line-up to get into Radio City. It is huge because every bag, every person needs to be poked, prodded, and scanned. And, finding your seats can be a bit of an ordeal.

The show is fantastic. Of the dances, only two original crowd-pleasers are still in the show: The Parade of the Wooden Soldiers has the girls turn in a gigantic line… and fall down in perfect unity in slow motion while linked together. And, The Living Nativity scene has real sheep and camels incorporated into the set.

0 comments on “48-hours in NYC: The Rockettes and the Rockefeller Center”Add yours →