Remember how I said in this post that it’s not uncommon to have flights to/from New York cancelled. Well… our flight was cancelled. And, then the flight we were rebooked on was cancelled.

Luckily, as soon as I got the email about the first cancellation (with the rebooked second flight), I called the concierge to switch to a flight out of Newark. A lot of people were left scrambling and it’s still a gamble when it comes to weather.

This gave us a chance to have a nice, un-rushed breakfast in New York. The destination was the Pershing Square Café. It sits in the space under the Park Avenue Viaduct and is packed with people on most days. The line up to get in does move pretty quickly (from our experience). 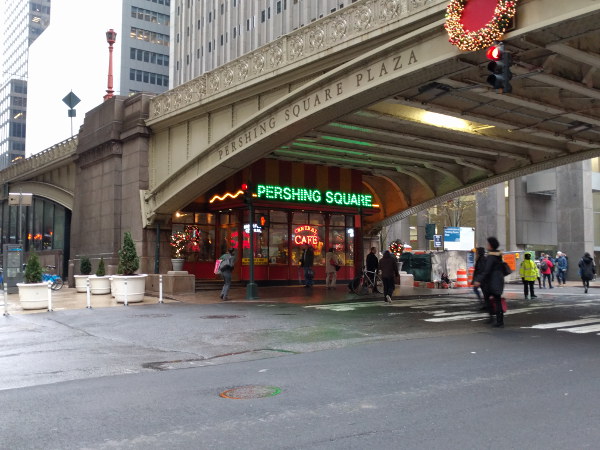 The restaurant looks nondescript from the outside, but once inside an elegant, aristocratic, intimate, library-like world of dining opens up to guests. 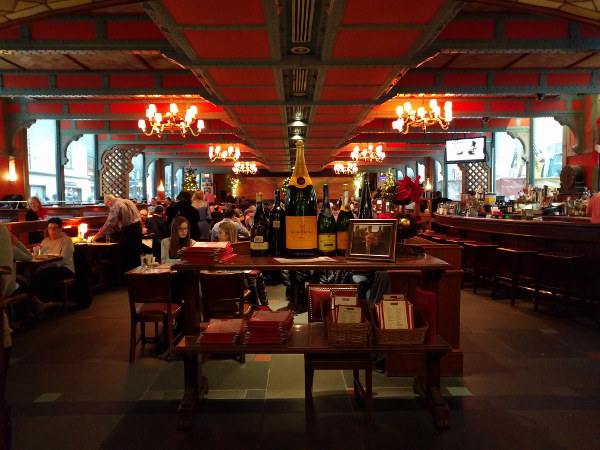 For the entire weekend, I’d been sampling eggs benedict in a variety of different restaurants around the city. This one has the best hollandaise sauce. And, the gluten-free toast was better than other places we tried. 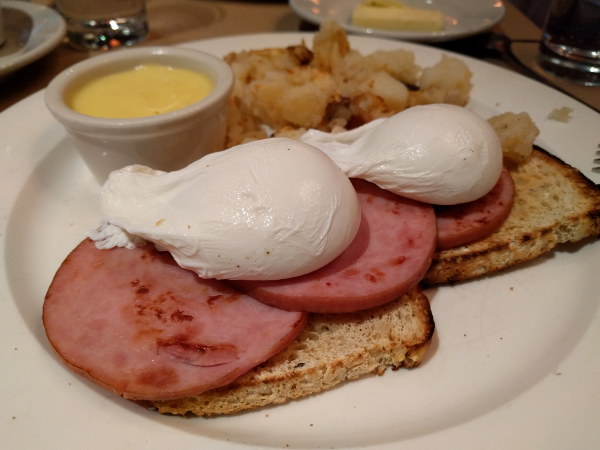 Before disappearing from the city, we decided to do a meander through Grand Central so we could explore the market, test out the whispering gallery, and take a few photos of the always busy main terminal.

The only thing different in the 2016 version of my Grand Central photos is the heavily armed soldiers guarding the station at all entrances. 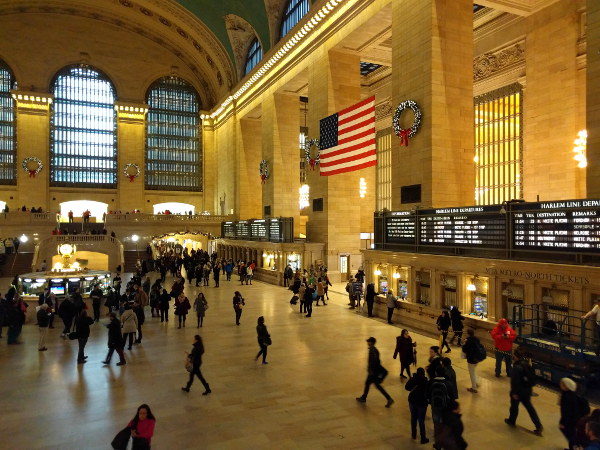 It’s amazing that it works because the station is so so loud on most days. 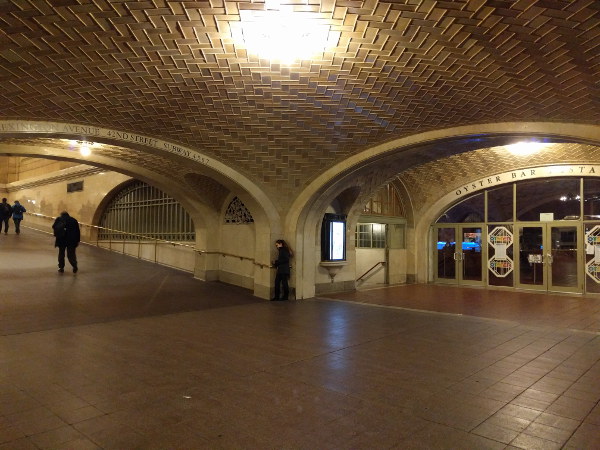 My other favourite place is the Grand Central Market, which is an eclectic mix of pre-made food, bread, meats, cheeses, desserts, teas, and coffee. It’s an extremely convenient place to grab food on your way in/out of the city. 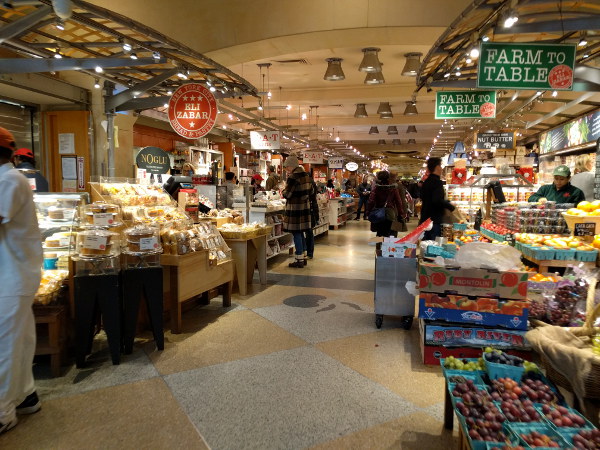 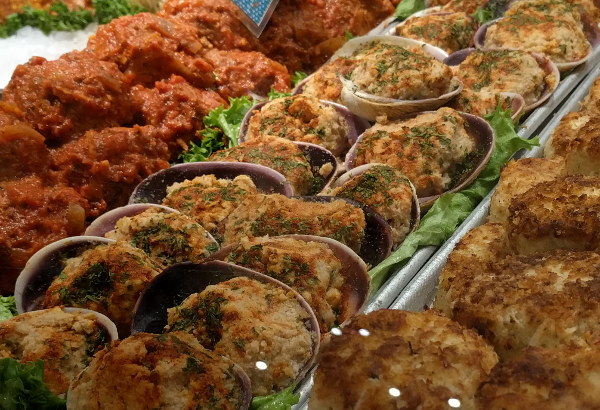 After our brief wanderings, it was time to head to New Jersey to catch our flight. Over the years, I’ve used a variety of different ways to get to/from the airport in Jersey (gypsy cabs, car services, Ubers, shuttles, etc).

Prices to get to Newark can vary depending on traffic… a cab can cost between $80-$90 from Manhattan and a lot of cabs won’t leave the city for Newark (many won’t take calls to the airport from hotels because the bell boys expect a cut of their fare); our hotel has a shuttle to the airport that costs $25 per person; and, an UberX can cost between $50 and $65 depending on the time of day and the surge pricing. It’s half that if you do an Uber share.

The fastest way is to take a helicopter via New York Helicopter ($1750). The most comfortable way is to hire a car service; my company has a service they use and it’s cheaper than a cab at $65.

We had time so we took the bus. 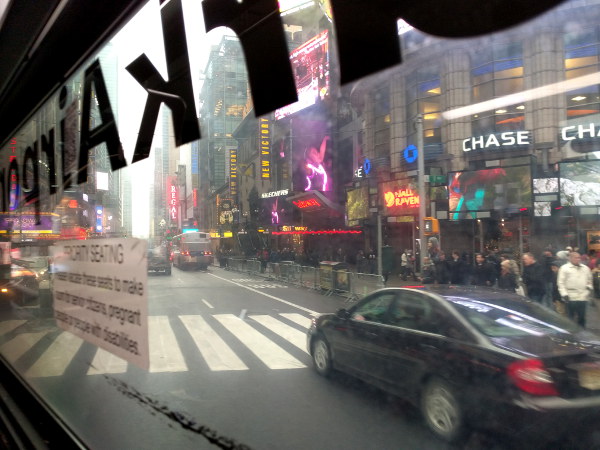 The rest of the day was filled with delays, flight frustration, and false information. Apparently, it was snowing heavily enough in New Jersey to cancel flights… 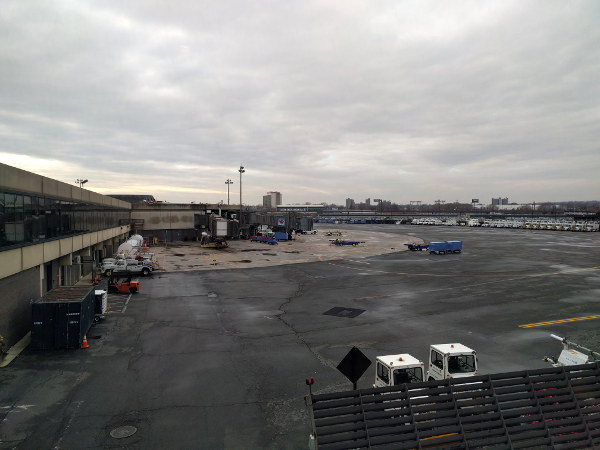 We heard four different departure times from four different sources; and, the gates were mislabelled. I will give kudos to La Niña (a.k.a. Hermione) who was the ONLY person paying attention enough to notice inconsistencies in information and get us to the right gate for the right time.

When it was time to board our flight… no one else was there because everyone was confused and in the wrong place. It took the airline a while to round up all the other passengers.

The one thing everyone did get right is the weather in Montréal. The city got a lot of snow over the weekend. Twas like landing in Christmas town it looked so white and pretty… the pictures don’t do it justice. 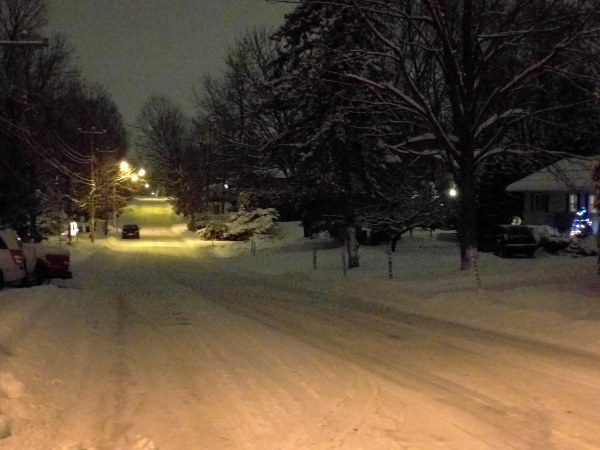 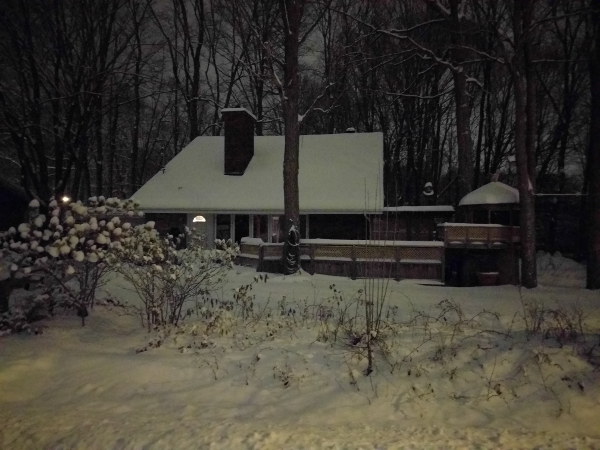 0 comments on “Another 7-hours in NYC: train/bus terminals and travel confusion”Add yours →