This year was exhausting though there was less travel than in previous years. Big changes happened in our non-travel lives: Stryder passed away, we moved to a different province (Québec), we learned how to function in a new language, La Niña started high school, she switched synchro teams, and dP went back to work.

As such, most of our time is now spent running to catch up. It has been an exhausting year full of change and new beginnings. Here are the travel highlights from the year.

The year started in Toronto. The food and culture scene in Toronto is fantastic and I miss both of these; I’ve not yet met a city that comes close to the foodie paradise that is York. Though apparently, Montréal is one of the top foodie cities in North America. I look forward to exploring this more.

As an aside, it seems that every time I write something vaguely critical about Toronto, defensive residents crawl out from under the snow and bully comment like a tween experiencing a pre-pubescent hormonal spike (I suspect some are paid to create drama because yes… this is a thing). This is so so sad because Toronto is really a great city; and, I don’t like seeing its people put on their ugly face.

The Toronto posts are here.

The laid back Californian attitude, great weather, and fantastic coffee were a welcome reprieve after spending January and February drowning in Canadian winter.

I’ve spent so much time in California and have really come to appreciate the people that live here. Working in Santa Cruz gave me a chance to reconnect with old friends in Silicon Valley and make new ones.

The Santa Cruz posts are here. 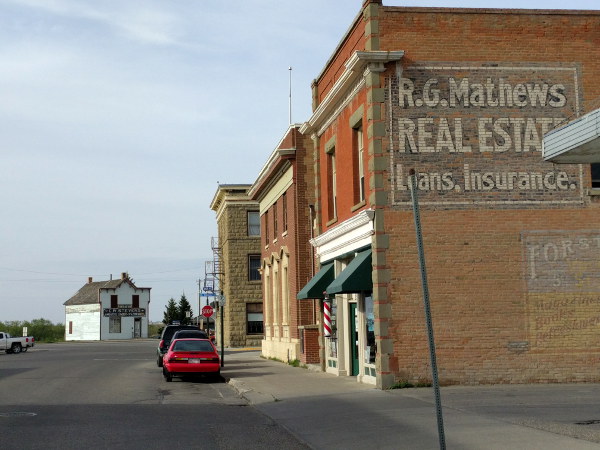 Another year… another year of driving La Niña around Western Canada to various synchronized swimming meets. Not many meets were in Calgary this year so it gave me a chance to explore places that I’d normally not visit.

The biggest foodie city was Edmonton; they are in the midst of a food revolution. The biggest surprise was Regina; this small city really packs a punch and the quality of life is very high. And, the cutest destination was Lethbridge; I really liked Lethbridge. It’s a sweet little university town.

Unfortunately, I didn’t write about any of these places we were in the middle of “the move.”

Omaha is one of those confusing places that is really struggling to find an identity. Is it Midwestern? Is it a tech city? Is it bound to the industries of old (e.g. insurance, finance)? Is it a foodie hub like they say?

I put Nebraska in the title because while Omaha was a whirlwind that I don’t remember much about (other than almost being smited by a tornado), I had an unforgettable drive across the state. And, I never ever want to do that again.

The drive through America’s south was the highlight of the year. This area is unbelievably gorgeous and there is a lot to see and experience. The people are also so so laid back and friendly. I heard great stories from locals!

Because of “the move” I didn’t have time to write more about wonderful places like Baton Rouge, Jackson, and Mobile. And, just how intertwined Montréal history is with the South caught me off guard. I want to go back. I want to explore more.

There is an ugly side, however. The poverty in the South is sickening. The United States should stop spending money on “evils” like “illegal immigration” and “health care” and start elevating its own people. It’s 2016 in one of the richest countries in the world and there are Americans still living in Victorian era and Third World levels of poverty.

The Move to Montréal and Drive Across Canada

We moved this year. We hope that the move to Montréal will help bring us closer to a more European mindset and lifestyle. We chose Montréal because this is an old city waiting to blossom in so many exciting ways; it’s a burgeoning tech hub and we wanted to move to the city before it exploded.

The drive was a long one… because of Ontario. The drive through Alberta, Saskatchewan, and Manitoba take one day. And, the drive-through Ontario takes three… on winding, slow, two-lane highways. The plan was to do this twice but because of a moving truck mishap, I ended up staying in Montréal to wait for our stuff.

The move posts are here.

The first trip outside of Montréal in the province was to Québec City to take part in le Festival d’été de Québec. I love Québec City. It’s my favourite city in Canada. Those people know how to party and enjoy life! The old village is off the charts beautiful too. 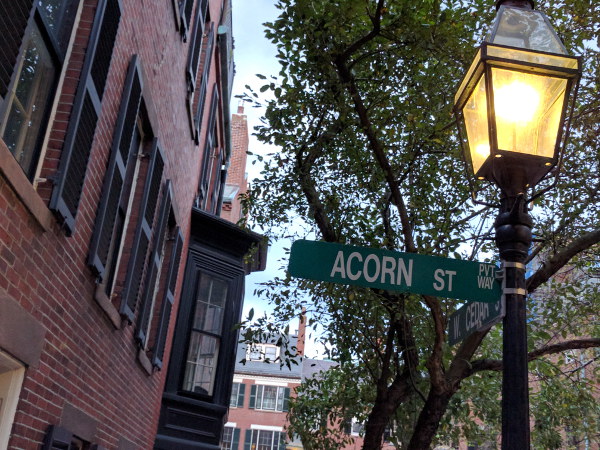 Boston is one of the United State’s oldest cities; as such it’s full of history and stories just waiting to be discovered. I dug into the lives of Poe and Lovecraft while in the city. The beautiful thing about this is that the scenes in their stories that are set in Boston were already historical by the time they experienced them. So, for me, it was wonderful to see things almost exactly as they themselves saw them.

We rarely have projects in Boston so it was a treat to get to commute to this city. The surprising thing about Boston was discovering that it’s not really that big. It’s certainly easy to walk to all of the sites. For destinations that are further out, it’s easy to catch a train, bus, or Uber.

The Boston posts are here. 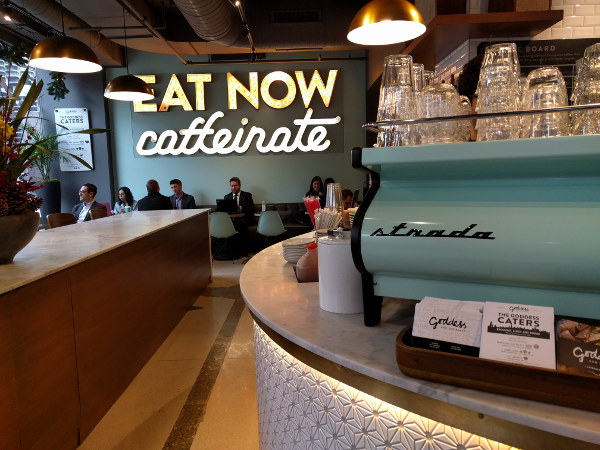 Ahhh yes, Chicagoland. I spent time both outside the city (in Deerfield) and in the city (on Michigan Avenue) gazing at the Beaux-Arts architecture.

No one has seen these posts yet because they are set to appear in January. They’re all about the foodie scene. Don’t judge. Food was the only thing I had the chance to explore in this city. 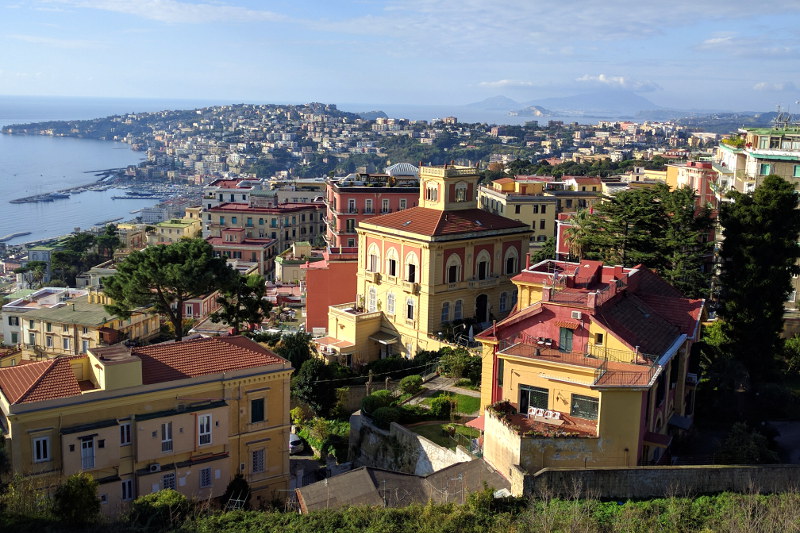 Napoli was an unexpected but pleasant surprise. The trip was comprised of four days of whirlwind travel. Honestly, the time it took to travel to and from Italy was pretty close to the same amount of time we spend in the city. However, the end of the trip was the beginning of Thanksgiving in the U.S., which gave me an extra day to explore.

Visiting Napoli is a raw but authentic experience, which I love. Napoli reminds me more of Bogotá than it does places like Ghent, Paris, and Seville. But, its authenticity gives you a taste of Italy of old and not what the tourists want to see.

The Napoli posts are here. 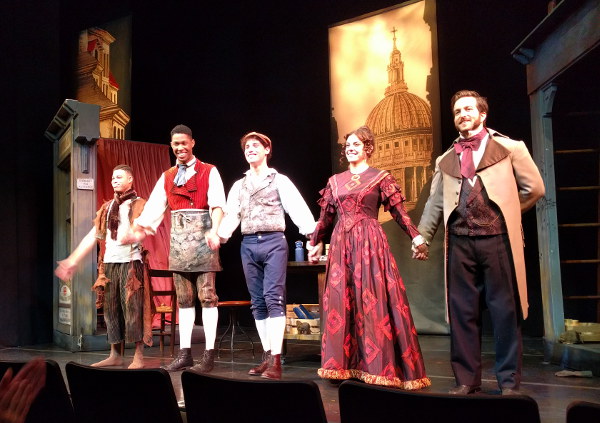 The last trip of the year was to New York… as a theatre weekend… a request from La Niña who wanted to experience the city. This gave us a blast of Christmas tourism. People from all over North America and Europe travel to the U.S. to experience the Big Apple dressed up in it’s ugly Christmas sweater… and it doesn’t disappoint.

I will say that it was indeed a fun weekend. We ended it with the Rockettes. The New York posts are here.

2017 starts immediately in New York. Beyond this, 2017 is an important year for Canadians… it is the 100-year anniversary of Vimy Ridge. As such, there are plans to visit Vimy, Arleux, Ypres, and Lille during the celebrations and for Easter. And, there is a post I have been researching for two years that will go live in April 2017.

In 2017 we also plan to visit Québec City for the Carnaval de Québec. It’s something we’ve wanted to do for years. Hotels need to be booked a year in advance so it will likely be a day trip.

The rest of the year is a mystery.