Now that the Spanish had “control” of the various Caribbean cultures in Cartagena (see this post), and they had people to process precious metals, they needed to protect their bounty (and city) from pirates and invaders who also needed money to fund wars in Europe.

Warning: the interconnectedness of the royal families during this period of history might be difficult to follow (and really boring). In a nutshell… everyone in royalty in Europe during this period is related and at war; at the heart of all this fighting is religion. 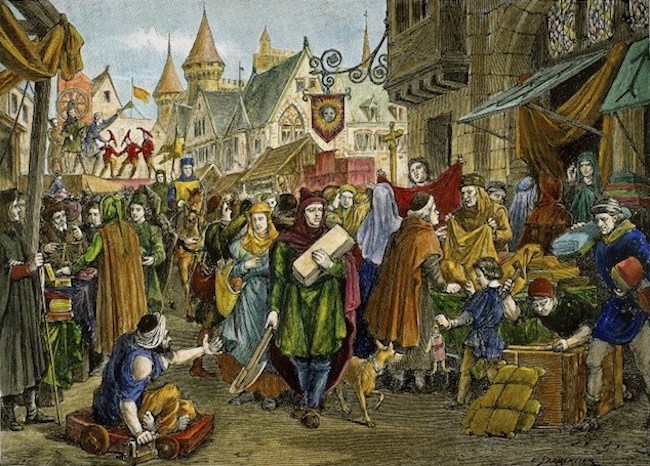 In the 1500s and 1600s, the biggest Colonial threat to the Spanish Colonies was the French and the English… due to long and bloody personal and religious vendettas in the European royal families. This particular period of history in Europe is complex and convoluted. It’s important to understand the relationships behind the pressures seen in the colonies.

Let’s break this down starting in England.

In England during the colonial 1500s, Queen Elizabeth I was the reigning queen. She was the daughter of Henry VIII and Anne Boleyn; and, the half-sister of Mary I (of England) who was Henry’s firstborn.

Before Elizabeth was born, Henry VIII pushed for the removal of Catholicism and Papal Law in England; he wanted a male heir and his wife Catherine was no longer able to have children. Under Papal Law, he couldn’t divorce his first wife and marry his mistress.

Being unable to annul his marriage, Henry brought the Protestant Reformation to England; for this, he was excommunicated by the Catholic Church. But, under a new religion, Henry was able to do what he wanted.

As it happens, his first wife, Catherine of Aragon, was the daughter of Ferdinand and Isabella of Spain (remember: the people who started the Spanish inquisition). After divorcing Catherine, Henry married Anne Boleyn and Parliament declared Mary illegitimate and removed her from the line of succession.

Mary subsequently married Philip II of Spain and after the death of her father asserted (and achieved) her right to the English throne. She spent the rest of her life trying to bring Catholicism back to England with the help of her husband, Philip II.

And… on to France…

Prior to all of this (the English-divorce-period), Henry’s youngest sister (also named Mary Tutor) married King Louis XII of France as part of a peace agreement between the two countries; however, Louis died three months after their marriage and the new king, Francis I offered to take Mary as his wife to continue the treaty.

Other potential suitors from the French nobility included Antoine, Duke of Lorraine and Charles III, Duke of Savoy. At some point, she was also betrothed to Charles V, the Holy Roman Emperor. A marriage between Charles V and Mary would have been awkward during the English-divorce-period because Catherine of Aragon (Henry’s wife) and Joanna of Castile (Charles V’s mother) were sisters.

But, rather than marry into royalty a second time, Mary thumbed her nose at the royal families (including her brother) and secretly married Charles Brandon, 1st Duke of Suffolk, with whom she was in love. This angered a lot of people including Francis I.

Francis I moved on and subsequently married Claude, Duchess of Brittany and daughter of Louis XII and Queen Anne. Francis and Louis were first cousins (once removed). And, if you remember… Mary of France was also briefly married to Louis XII.

And now… the Holy Roman Empire (which includes Spain)…

Finally…. (and back to Charles V the Holy Roman Emperor), Charles married Isabelle of Portugal (his first cousin and also a granddaughter of Ferdinand and Isabella), which gave him control of Spain (then known as Castile and Aragon) and Portugal. He was the son of Philip the Fair (of the Habsburg family), which gave him control of the Netherlands, Belgium, Austria, Germany, Naples, Sicily, Italy, and Burgundy in France.

Ironically, Francis I considered Charles V (as the Duke of Burgundy) to be a French subject and therefore saw himself as the true King. Charles’ empire surrounded France which left the country feeling constantly on edge.

And… one more thing… Philip II of Spain is the son of Charles V. 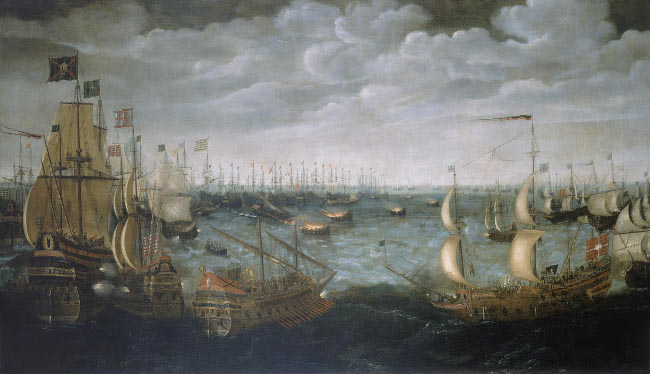 The Treaty of Tordesillas (1524) divided up the newly discovered lands between Spain and Portugal; under Charles V and part of the Holy Roman Empire, these two countries were the predominant colonial powers of the time. This placed Latin America squarely under Spanish control and most European powers pretended to ratify the treaty but in reality, ignored it (especially after the Protestant Reformation when colonials fleeing Europe needed to find a new home).

In the 1500s, Spain struggled to hold onto its global land claims as other powers nipped away at their lands. All countries needed money re-fill their coffers after the religious wars that had plagued Europe for hundreds of years. This meant that gold and silver were critical to the survival of all these nations.

However, lands were tied up in so many legalities and treaties that monarchs needed to find “interesting” ways to do this: enter pirates (privateers, buccaneers, corsairs, freebooters).

Cartagena was founded in 1533; shortly after this, Protestantism rose in England along with Huguenot violence in France, which saw a lot of religious refugees looking for a new place to settle and practice their religion. The conquistadores conquered the Incas and Mayan people bringing even more gold into their possession, which began to move between Spain and the Caribbean.

Next up… a long-winded history of the pirate attacks that led to the building of a wall in Cartagena.