Prior to the crowning of Queen Victoria, Toronto’s population was largely British Protestant and Loyalist families who were granted land for their support of the British crown during the American Revolution.

However, in the 1840s this all changed with the arrival of HERB-1 in Ireland and the destruction of the potato as a crop… Ireland’s main staple. People thought that the potato was a miracle crop: it can grow in poor soil, it is parasite/bug resistant, it feeds lots of people cheaply on small parcels of land, it is full of nutrients, and there is no need for specialized equipment to process (e.g. a mill). Families would often eat dozens and dozens of potatoes in a day.

Unfortunately, it evolved so that the potato became the only crop mass-produced in Ireland; people were so dependent on it that they weren’t prepared for what came next: a blight brought to Europe from Mexico that caused widespread destruction of potato crops.

Most of the families who left the Emerald Isle immigrated to North America, with a large number of poor, sick and destitute settling in Toronto. Here they found cheap land which they could use to grow food and raise livestock. Jobs were plenty. Toronto was already well on its way to becoming a powerhouse in the world of Victorian industry and many Irish worked as cheap labour in factories, as dockhands, and for large employers like Gooderham & Worts, which was conveniently located close to the two largest Irish community in Toronto: Cabbagetown and Corktown. 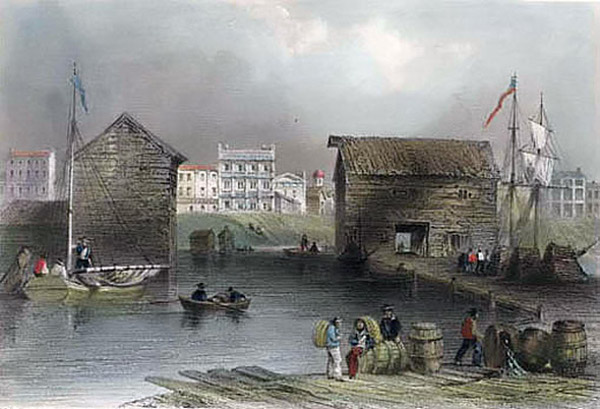 The Northern Protestant Irish established Cabbagetown, named for the cabbage they could easily grow on their front yard. The Southern Catholic Irish settled in Corktown, named for the last county they would see as they left Ireland: Cork County. The settlers wouldn’t stay exclusively in these communities; the Irish in Toronto became very good at learning, adapting, evolving, spreading out, and becoming an important part of Toronto’s political and social life. This becomes important as Toronto grows and matures as a city.

But, it wasn’t easy in the beginning. After arriving in Canada, the Irish faced persecution, prejudice, and racism. And, to add insult to injury: the struggles that existed in the homeland were mirrored in Canada as a turf war between Corktown and Cabbagetown. Even though the two were less than 1km apart and shared a common experience/ancestry, the people in both communities did not mix.

Some locals downplayed the strife as “friendly” Irish fisticuffs. One prominent local stated: “the Irish Protestants/Irish Catholics, they were just like one great big family the whole year-round. It was only two days in the year when there was any difference of opinion and that was on the twelfth of July and the seventeenth of March.”

The 12th of July refers to Orangemen’s Day (Protestant celebration); and, the 17th of March is St. Patricks Day (Catholic celebration). To tie this back to Toronto’s Victorian political landscape: Orangemen’s Day celebrates the end of the Battle of Boyne (1690) during which William of Orange (Protestant) defeated King James II (Catholic) and put an end to James’ failed attempt to regain the British crown. This assured continued Protestant Ascendancy in Ireland.

Towards the end of the 19th Century, the Orange Order was so numerous in Toronto and so many Orangemen held powerful positions in government that the city earned itself a nickname: The Belfast of Canada. For most of the nineteenth century and early 20th Century, Toronto’s mayors were Orangemen. These were the men who controlled access to public servant jobs in Toronto; and, the holders of these jobs were never Catholic Irishmen.

The Orange Day parade in Toronto was like rubbing salt into a wound and reminding locals of this inequality. 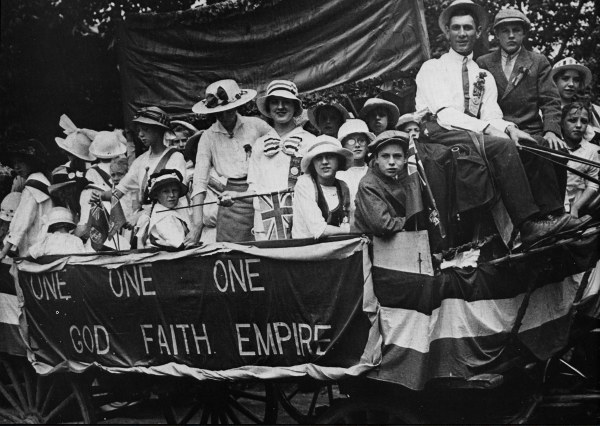 But, none of the strife between Corktown and Cabbagetown was as bloody as the violence caused by the American Fenian Brotherhood who periodically raided British colonies/outposts/cities to reinforce their desire for the English to leave Ireland; in the beginning, this pitted people from Cabbagetown against those in Corktown…. Orangemen against the Fenian Brotherhood.

During a particularly brutal period of raids between 1866 and 1871, just when Canada became an independent nation. During these raids, many untrained and inexperienced Cabbagetown militia were killed by those who earned their battle stripes during the American Civil War. All five of the Fenian raids on Canada ended in failure and instead of uniting the Irish against those loyal to Britain, it united all Canadians regardless of nationality and planted the seed of anti-Americanism in the country. 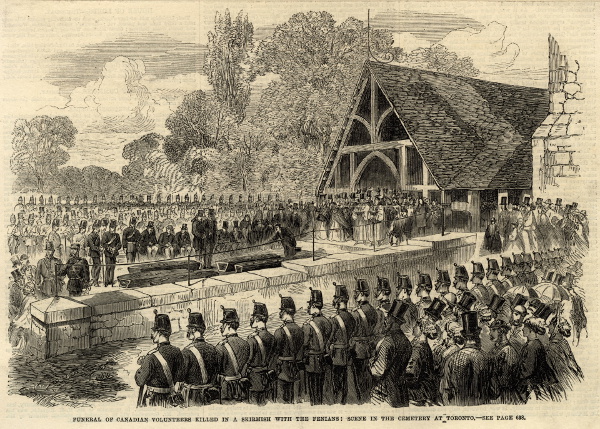 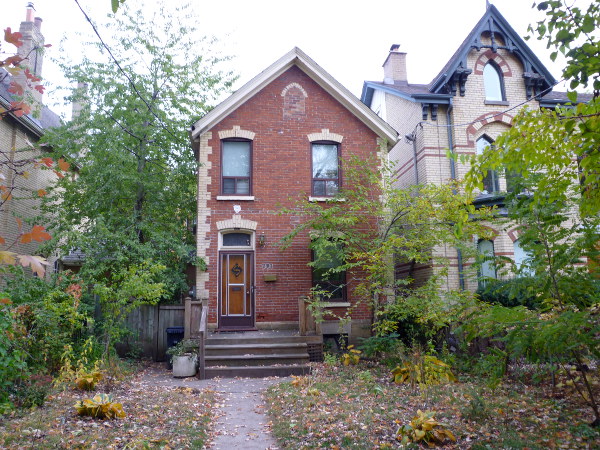 It’s the preserved Victorian houses, churches, and cemeteries that drew me to Cabbagetown.

In the 1970s, Cabbagetown was one of the first communities in Toronto to gentrify. Most of the Victorian houses around Riverdale Farm, the Necropolis, and St. James Cemetery are in pristine condition and are owned by affluent Toronto professionals. I have a friend who lives in one of the houses overlooking Riverdale Farm and he tells me that if a house is to go on the market, community members will first petition their list of friends/relatives to see if they can find a potential buyer before it even sees a realtor. This is the complete 180-degree shift from the community’s austere beginnings.

Most of Corktown was torn down to make way for raised streets, parking lots, brownstones, apartment buildings, storage units, and railway tracks. There are some Victorian row houses along Sumach and Bright — including a cute little worker cottage that dates back to 1861. 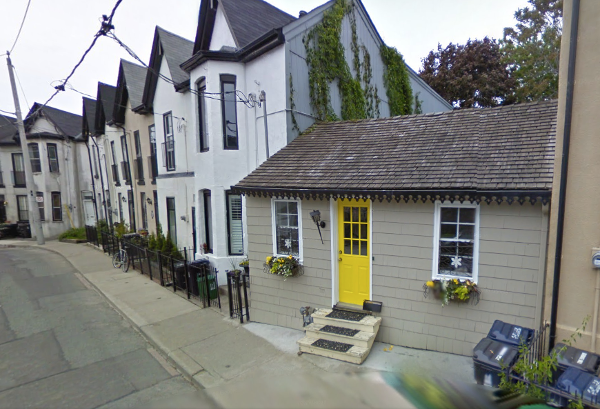 I’m sad to say that I’ve spent very little time eating in either community… though I do know that no one actually serves cabbage in restaurants in either community though comfort food seems to be a theme for Cabbagetown. Good ‘ole fashioned Irish comfort food… served in “elevated” traditional pubs. My favourite of what I have tried so far is The Irv.