It upsets me every time I see so many rows of tiny little military gravestones with the word “unknown” on the front.

These are people who had lives… and gave them away to politicians… whether willingly or not. They are family members, sons, fathers, brothers, cousins, uncles, and let’s not forget the women who died too.

In the Vicksburg National Cemetery there are so many faceless graves…. so much wasted life, and so many lost dreams. And, their families were left to wonder for the rest of their lives, where are our loved ones? 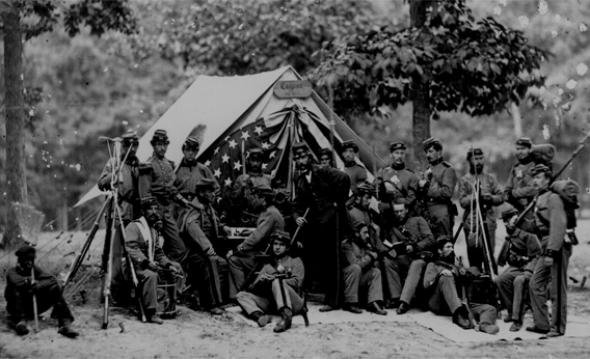 The total number of dead at the end of the Siege of Vicksburg was 3,968. I’m not going to separate out by North/South because it doesn’t matter. There were brothers killing brothers… cousins killing cousins… they all came from the same families and from the same blood.

By the end of the Civil War, an estimated 620,000 men or 2% of the population, had died in the conflict. Shockingly, this is more than the number of American deaths that occurred in World War I (116,516) and World War 2 (405,399) combined! Some historians argue that this number should be much higher, which would mean that the number of people killed in the Civil War outnumbers the combined number of Americans killed in EVERY armed conflict since.

Honestly, I think that historians actually don’t know how many people died during the Civil War; there was no one keeping personnel records.

People showed up, they fought, they ran away, they switched sides, they came back, they were injured, they died of infection and disease… but in the end, they were bodies on the ground and no one kept track on paper of who these people were. The only number they cared about was troop strength.

Those who could write wrote about the horrors. They tried to sound positive and light-hearted, but the shock and gravity of the war is between the lines.

We have had an awful march and a terrible battle. A great may of our boys were killed or wounded but I escaped without a scratch. It is a miracle that we were not all killed or wounded. We were in the thickest of the fight, making a charge on the Rebs a ½ a mile through a fire of grape and canister. Our Regt. lost a 100 men in 10 minutes. Our Co. lost 8 killed and 14 wounded. Stephen Hunt was wounded in the hip. I have not seen him since he fell… Stephen was a good soldier full of his fun. We miss him. – Haynes, Calvin A. 125th New York Infantry, Co. E. July 19th, 1863

The horrifying thing is that it wasn’t the bullets or the mortars that caused so many deaths. In the 1800s, people hadn’t quite figured out how to efficiently use machinery to kill each other. So, it was a gigantic fuster-cluck of backfiring guns and parrot shells that failed to explode and bullets that strayed to maim but not kill.

The true killer in the Civil War was microbes. Infection and disease were in every tent, every hole, every house, and in every camp. The current estimate amongst historians is that 2 out of 3 Civil War deaths were because of infection/disease. And, it’s likely that no one bothered to keep account of these deaths because they were away from the front lines.

The lucky ones made it home to die. At least they had a name on their headstone. The unlucky ones are buried in a marked grave with the word “unknown” on their marker.

The cemetery in Vicksburg National Cemetery contains the remains of 17,000 Union soldiers; the national cemetery system was established in 1862 and did not include soldiers from states that had seceded from the Union. Confederate soldiers were interred in local cemeteries like the Greenwood Cemetery in Jackson.

This makes me sad… the politicking of death. Wouldn’t it have been a stronger message to bury them all together? I’m starting to get glimpses into why the hate still lingers 153-years later.

0 comments on “Vicksburg: So many of these men are unidentified”Add yours →