Once upon a time, there was a Banksy in Boston. Banksy came to the city, a piece of work was added to the Shabu Shabu restaurant in Chinatown, and Banksy left. It didn’t take long for the painting to be tagged over and surrounded by graffiti noise. Eventually, the entire wall was painted over and everyone forgot that Banksy was even in town. 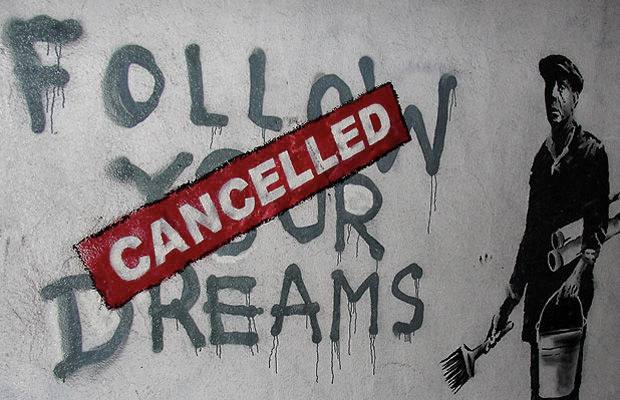 “Follow your Dreams / Cancelled” is one of the more well-known pieces created by the artist and I headed over to Chinatown to see the current state of the wall (the internet is vague about it) and perhaps get some food from the restaurant.

The mural is gone. A blank wall and parking lot are the dominant features in the alley behind the restaurant.

Sorry for the Google Maps photo… my photo was rather crappy. 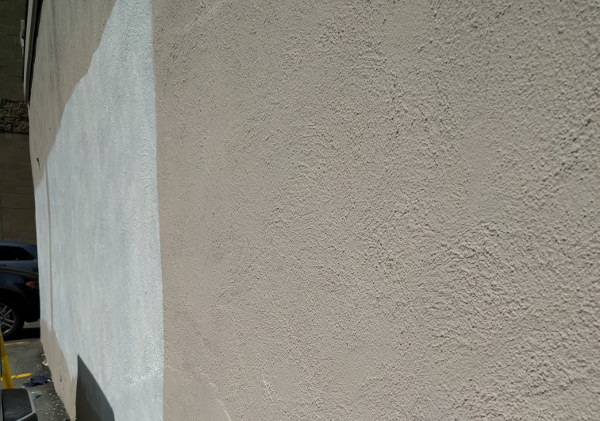 This part of the town is poor. The buildings are run down, some are empty, some windows are broken, people hang out on the street and are willing to talk about their plight… in a variety of different languages.

I wandered around to see what was there and couldn’t fathom why the community wouldn’t try and protect the mural; it’s likely they didn’t understand. Banksy gave them a gift that would bring tourists and money to the area; someone (like the building owner) could have sold that piece of work. Perhaps things were different in 2011.

But, the concept of “Banksy-value” must have existed or other writers wouldn’t have been so keen to tag over the painting. Generally, it’s bad form to tag over another artist’s work. In this case, it’s referred to as “toys” or “tagging over your shit.” It’s disrespectful and provides no artistic value.

Since my last Banksy post, students at Queen Mary University of London think they have determined the identity of Banksy.

They used the same geo profiling software that’s used to identify repeat serial offenders and where they live. The person they think is Banksy is Robin Gunningham, someone who was previously identified as being the artist.

They can’t actually prove that Banksy is indeed Gunningham because they cannot prove that he picked up the paintbrush and created the art; all they can say is that based on some correlating information, that Robin was near the location that it was happening. The evidence is circumstantial.