One day I’m going to pull together a group of my co-workers and we’re going to each write one story: what was our most memorable travel experience. Honestly, I’d have difficulty picking just one because probably one of every three travel days is strange and filled with unexpected surprises… and this somehow involves Toronto.

The day started out like any other in Boston: with me wanting to leave a shitty hotel that a co-worker booked. And because of said hotel, I hadn’t slept in 4-days.

I love going to a client site to do intense problem solving when I haven’t slept. It’s like university all over again… I do my best work on 0 hours of sleep and 8 shots of espresso. 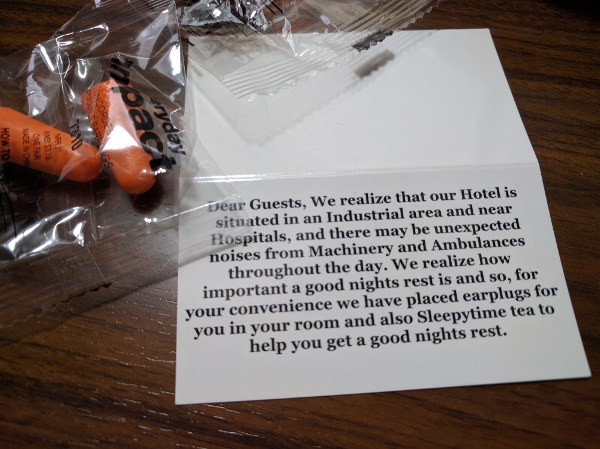 When they say “hospitals” what they mean is “methadone clinic.” “Industrial” means “primary route for all things with loud engines” and said machinery bounces around all night long on a road filled with potholes. And, when they say “machinery” they mean all of Boston’s dump trucks, garbage trucks, fire trucks, moving trucks, and construction vehicles.

In the card, they don’t mention the homeless shelter, food bank, and the McDonalds surrounded by addicts in varying levels of hell, zombies, roaches, and rats. 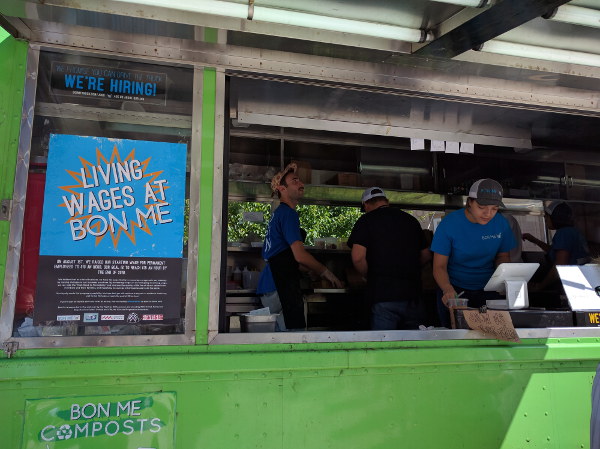 My mood improved at lunch when I saw that Bon Me gives their employees a living wage, meaning they pay enough for people to actually survive above the poverty line. For the longest time, Massachusetts had the highest minimum wage in the US at $11 an hour. But, they have since been surpassed by New York and California (no surprise… very expensive states).

Bon Me pays its employees better than minimum wage: $13 in 2016 and eventually $15 by the end of 2018. Still, Boston is expensive. Apartments in the city can run upwards of $1200 per person living in that apartment. Those who can’t afford this live in other states and commute.

Some of my co-workers are doing a 2-3 hour commute by bus every day (and that’s just one way). And unfortunately, unlike in Silicon Valley, bus time doesn’t count towards daily hours (in San Francisco people code/make calls on the buses).

I commute by plane. 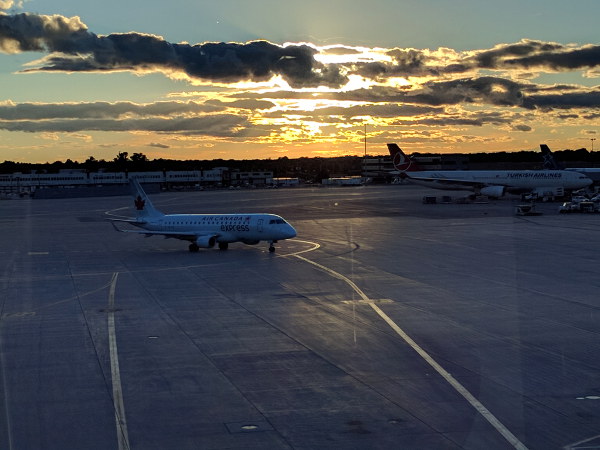 Once again, my flight through Toronto was delayed. This time it wasn’t weather or mechanical issues. The air traffic control tower had a fire alarm and had to be evacuated; flights were diverted to Hamilton because planes aren’t meant to stay in the air forever.

My plane (the incoming flight that we’d depart on) sat on the runway in Toronto at the point of take-off for roughly 40-minutes… and it was already late.

Luckily, the pilot on my Boston flight was the pilot for my Montreal flight, so they had to hold the plane for her. If not for this, I would have missed my connection because of Pearson’s inability to effectively manage chaotic situations.