My project in Boston ended suddenly and unexpectedly. Unbeknownst to everyone, it ended with a party, with friends on a rooftop in South Boston.

We celebrated without the heaviness of knowing why we were celebrating. I like it best this way because then there is no crying at the end. 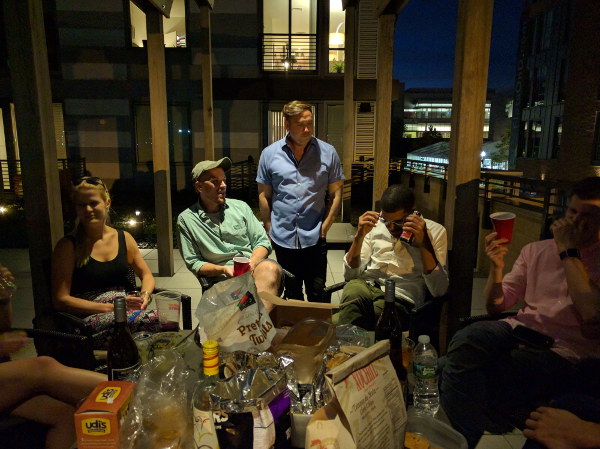 This left me with a day to me in Boston. So I did what any other history geek world do:

I had Eggs Benedict at the Langham Hotel (1920s)… they were ok and I’d recommend other restaurants over this one. 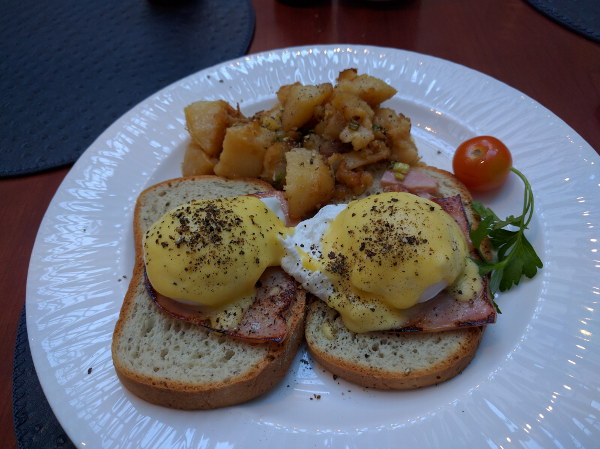 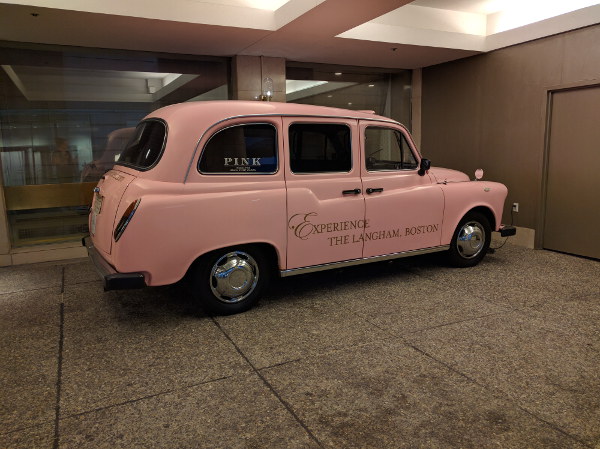 I studied maps of 1700s Boston at the Old South Meeting House. I’m searching for something specific that will be in another post. 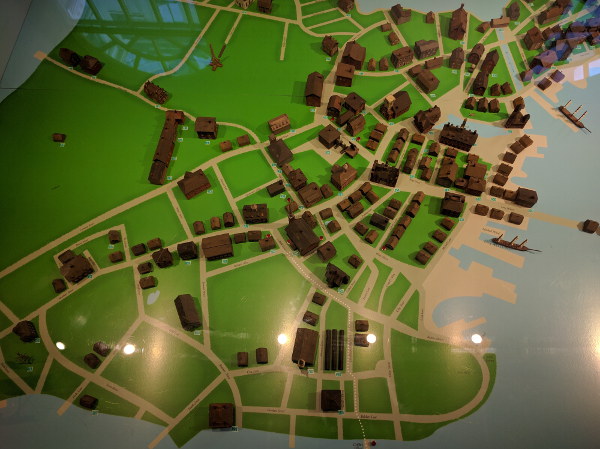 I played hopscotch at the oldest public school in the United States (1635) and the school that Benjamin Franklin went to. 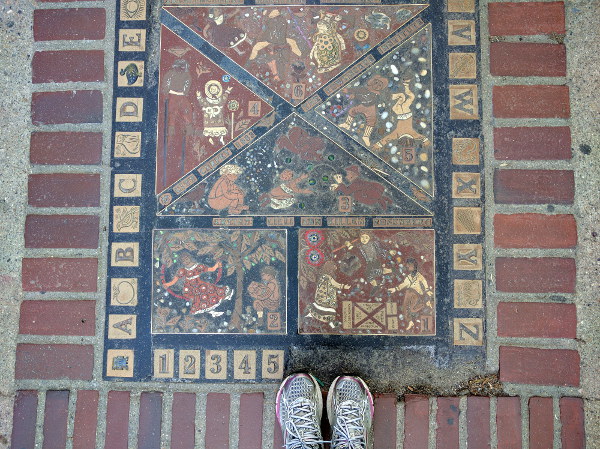 I explored the world of American campanology from the top of the oldest church in Boston (1723). 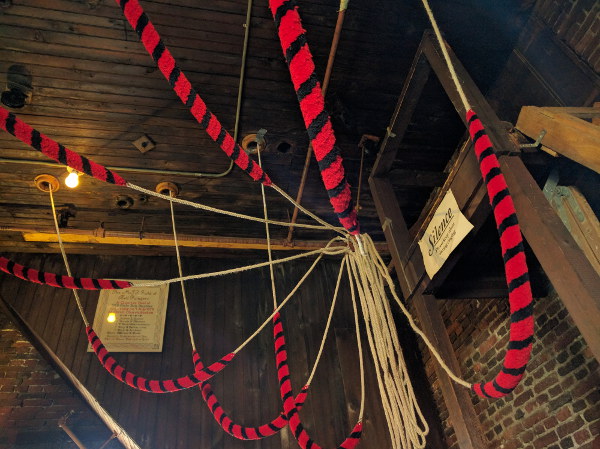 I went underground in search of dead people and hidden tunnels. The searching mentioned above brought me here. 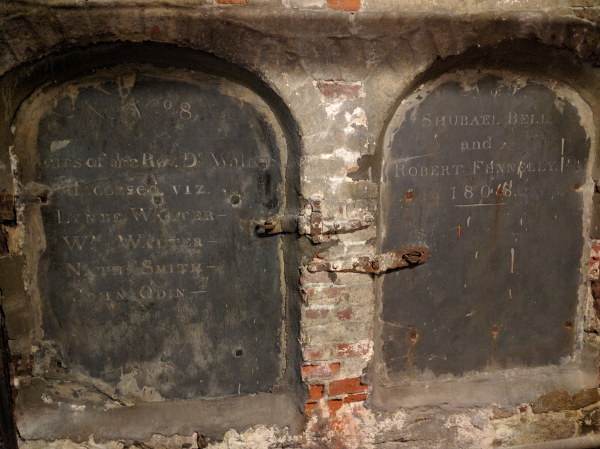 I went in search of the best coffee in Boston… this coffee is from the Thinking Cup. Their flourless torte is fantastic and the coffee pretty spectacular. 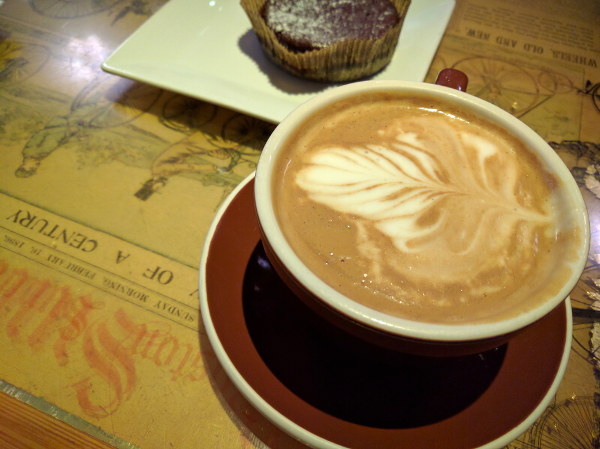 I finished at a gallery because I never get to go to art galleries because their hours generally match a typical workday (and I’m never in a city for weekends). 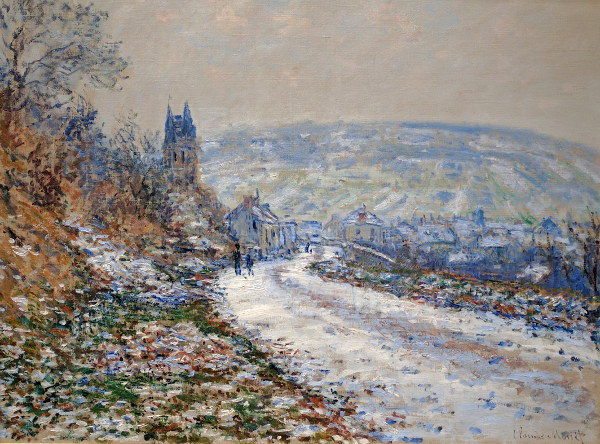 I did discover afterwards that the Fine Arts Museum in Boston is open until 10pm on Wednesdays & Thursdays.

The Flight that I Abandoned

Seems Boston was going to get in one last little dig as I prepared to leave the city. But, I knew. I recognized the signs as soon as I passed through security. There were a lot of annoyed people standing around waiting and the flight screen started to show “delayed” for every flight as it neared takeoff; 30-minutes later all flights would show red.

This means something is wrong with the weather, runway or air traffic control tower in Boston, which means I’m not making my connection in Toronto.

It was my last day in Boston. I was disappointed by the sudden project end; I had a really really really shitty week. I’d been walking all day. I had a headache and a stomach ache and didn’t feel capable of running through Toronto to make the last flight out to Montreal. I didn’t want to sleep in yet another hotel in another city. So, I needed to get on a direct flight to Montreal immediately.

I never ever do this because it is an asshole thing to do but airlines have a “guaranteed seat” policy that gives their highest status customers a seat on a fully booked plane. It’s an asshole thing to do because it means bumping someone out of their seat. So, when you are at the airport and you hear the gate agent say, “we are in an oversold situation and are wondering if someone would be willing to give up their seat for a flight voucher,” this means a high-status flyer has requested a seat on a fully booked flight.

As soon as I saw the annoyed people and the board turning red and the sudden appearance of three employees at the customer service counter, I walked over and asked for a seat on one of the Montreal flights (they were all leaving at the same time because of the delays so it didn’t matter which one).

There were no questions asked. The gate agent looked at me, looked at my ticket, looked at the computer, tapped for a while, called out a few names, and gave me a new ticket. Hours and hours of hell were instantly transformed into an easy 45-minute flight.

Then the onslaught of freaked out people who wouldn’t make their connections hit the counter. The problem was with the runway. 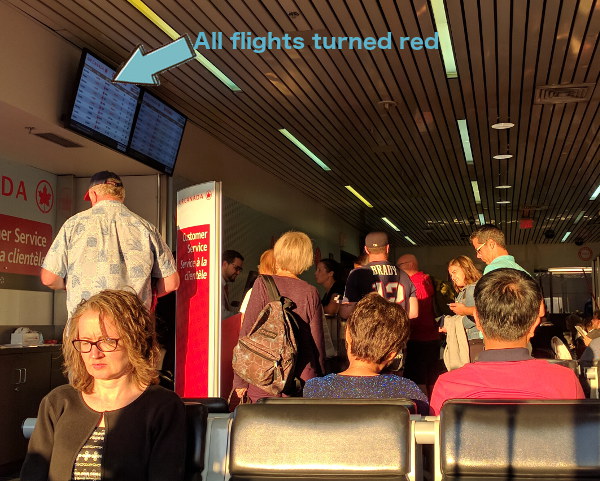 By this point, I knew I’d be home by 8:30pm and it was a tremendous relief. I just wanted to go home. 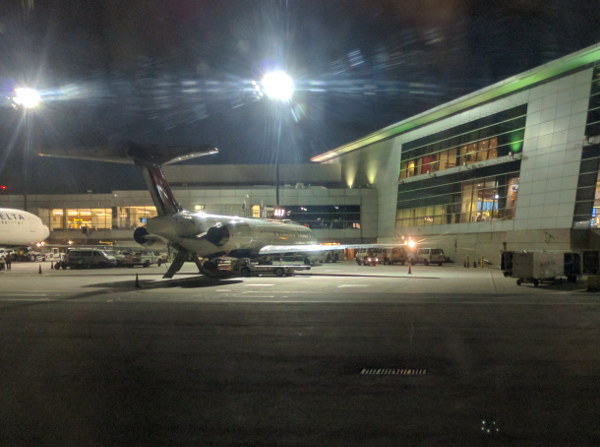 0 comments on “Goodbye Boston, twas good while it lasted”Add yours →