While researching a post and sifting through newspapers, letters, and photos from World War I, I kept running into stories about Winnie the Bear, the mascot of the CEF Canadian Veterinary Corps.

In 1914, Winnie was a young bear rescued in Ontario by CEF soldier and veterinarian Harry Colebourn; Harry named the bear after his Canadian home town of Winnipeg and brought her to England when the 3rd Canadian Regiment was deployed to England. 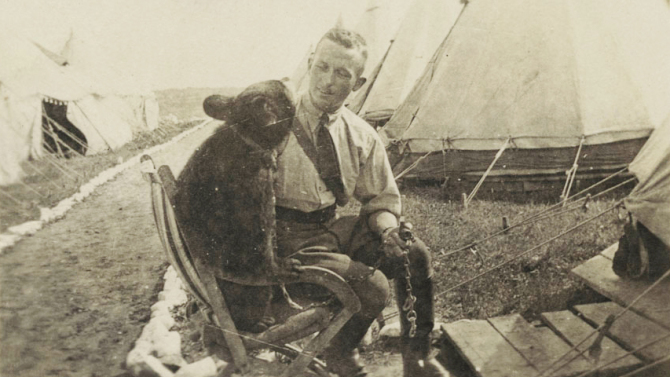 When it was time to be taken on strength, rather than bring the gentle little bear to the battlefield, Colebourn brought Winnie to the London Zoo where she’d be safe while he was at the front.

A year later, Harry developed a neverending cycle of influenza and rheumatic fever, which eventually evolved into heart troubles; he was deemed unfit for duty and sent back to Canada to convalesce. Winnie stayed in London where she lived for the rest of her life.

After the war, a little boy named Christopher Robin visited the zoo and met Winnie. This little boy was so inspired by the gentle bear that he went home and renamed his “Edward” bear Winnie-the-Pooh. 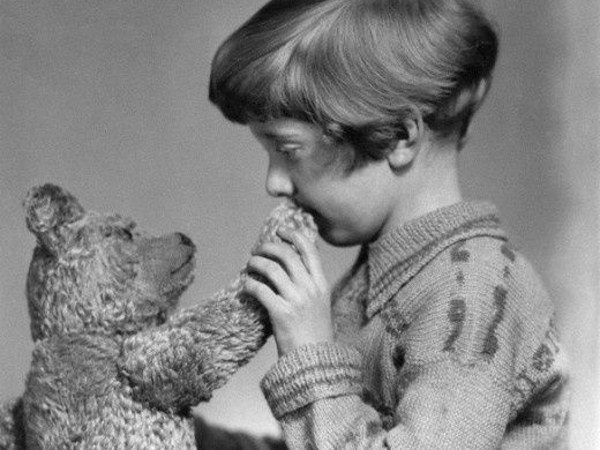 Christopher Robin’s father was A. A. Milne, and both the boy and the bear became the inspiration for Milne’s Winnie-the-Pooh books.

The stories are set near the Milne family property (Ashdown Forest) and involve the play adventures that Christopher Robin and his stuffed friends (Winnie-the-Pooh, Eeyore, Piglet, Kanga, and Tigger) had while playing in the woods. 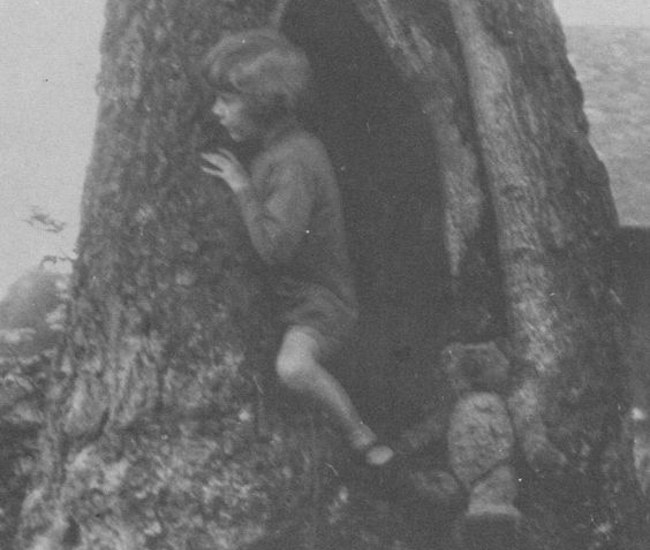 These stuffed friends made the journey to New York in 1947 to sit in the office of E.P. Dutton Company for 40-years (the American publisher of the Pooh books).

A year after Dutton was acquired by the Penguin Group (1986), the stuffies were donated to the New York Public Library (first the Donnell branch and then the Stephen A. Schwarzman Building). The newly restored and fluffed animals now sit on display in the children’s room.

We tried to visit the animals in December but there were simply too many people in the library to successfully and safely navigate into the room. A better time to visit is on a working weekday evening. The main branch (Stephen A. Schwarzman Building) is open until 8pm on Tuesdays and Wednesdays.