When I planned this hike, I thought I had made a parking mistake. Instead of parking on the west side of Loch Coille Bharr (Tayvallich), I parked on the east side (Barnluasgan) and walked around the loch.

Google maps tell you that it is a quick 6-minutes from the carpark to the site… but only if you have a boat or are willing to swim across the loch. If you park in Barnluasgan, head down the street to the forest road, walk down the hill and hop onto the trail.

It is a fantastic 10k hike to the village (there and back), with lots of evidence that this was once a thriving farming and fishing community. The Sitka spruce that dominates the walk was a later edition to the site.

When you arrive in Kilmory, you discover the surface ruins of a settlement that once saw its heyday between the late 16th century and 19th century. The people who lived here farmed and fished, taking full advantage of the abundant landscape.

For this village, that all ended shortly after the Arichonan clearance in 1848; the last recorded tax record for tenants comes from 1843. During the Highland Clearance, tenants were forced to leave the Scottish Highlands and Islands to make way for sheep (1750 to 1860). Many Scottish settlers arrived in North America during this time period.

Beneath the surface is an interesting mishmash of confusing archaeological evidence that researchers still need to unpick. Most of the former village was reused for livestock and storage after the tenants left. What you see on the surface was reworked for animals and robbed out multiple times (meaning building materials were dug out for other purposes like the building of walkways), leaving little untouched evidence of its former inhabitants.

Under the surface and away from the village are structures that indicate the presence of dykes, corn-drying kilns, and even a pond.

The reason for my visit was a rare sculptured stone that looms over a water tank near one entrance to the village. The stone contains an early Christian cross intertwined with Gaelic birds, Pict symbols thought to date from the 8th or 9th century. It’s relatively untouched and alludes to the presence of a site much older than what sits on the surface. 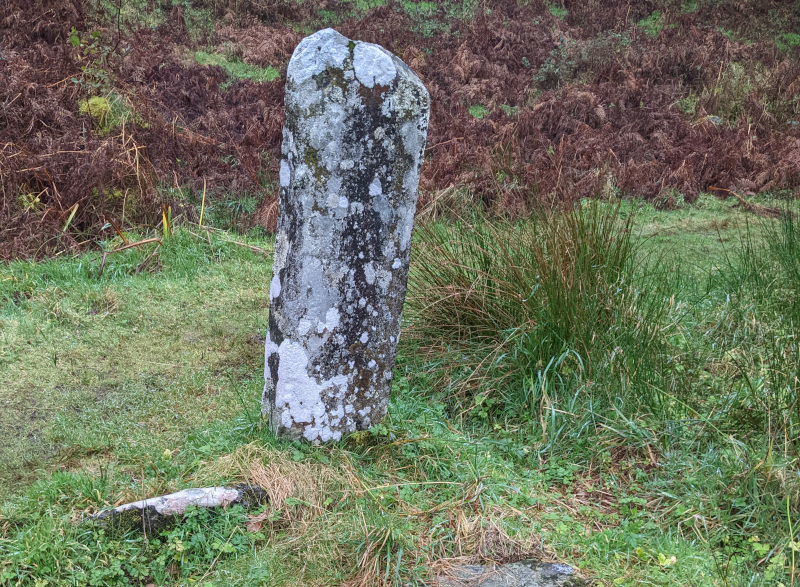 The stone was important enough to be left alone during centuries of human habitation, forestation, reclamation and farming.