Italica’s tiles are a lesson in the Greek and Roman Gods. And, after watching Percy Jackson Lightning Thief a thousand times (thanks to Niña), we could identify every single one of them.

Medusa, pictured above, was a child pleaser — and easy to recognize. Meduse is the Greek and Roman Chthonic/Gorgon who could turn people to stone with a single look. She was beheaded by Perseus and her head/gaze later used as a weapon.

Neptune (God of water and the sea) is everywhere in Sevilla and Italica — including the Alcazar — and in Roman mythology is associated with still water as well as the ocean. The view of Neptune below is typical… though it’s interesting that the horses have been removed. You can see a complete version here. 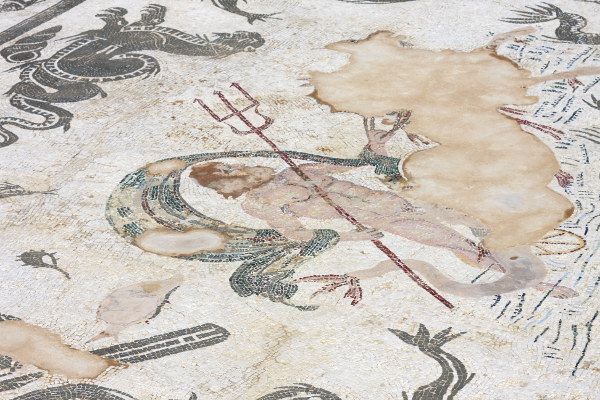 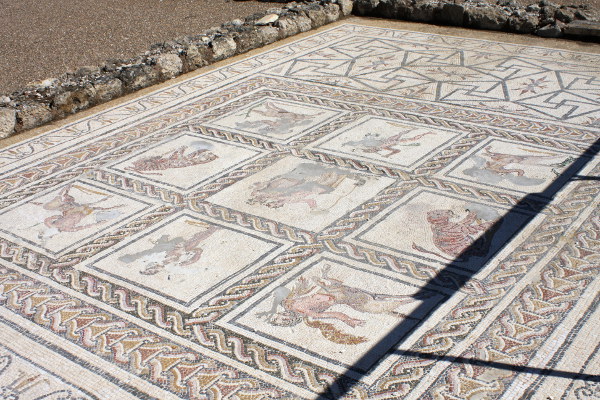 Above are mythical creatures like the centaur, the minotaur, and the tiger…?

Below are the gods of the sky: Jupiter, Mercury, Helios, Selene (Luna), Saturn, Venus, and Mars. 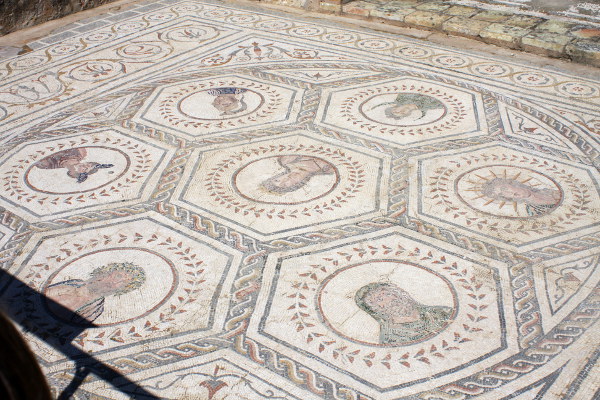