Five years ago when I first visited Naples, I don’t remember Kayaks on the Water being on Alamitos Bay. Instead, there was a business that offered gondola rides around Naples Island… both during the day and at night… with wine and food. I remember it being extremely difficult and expensive to book a reservation with the gondola company and also, the people working the booth seemed rather grumpy.

The gondola business has moved down the beach, and in its place are hundreds of kayaks and standup paddleboards that you can rent for $10 per hour. Little is needed to rent a kayak; you need to know how to swim and have a driver’s licence or some other type of photo ID that you can give them before paddling away with one of their boats. You pay at the end and no reservation is needed. 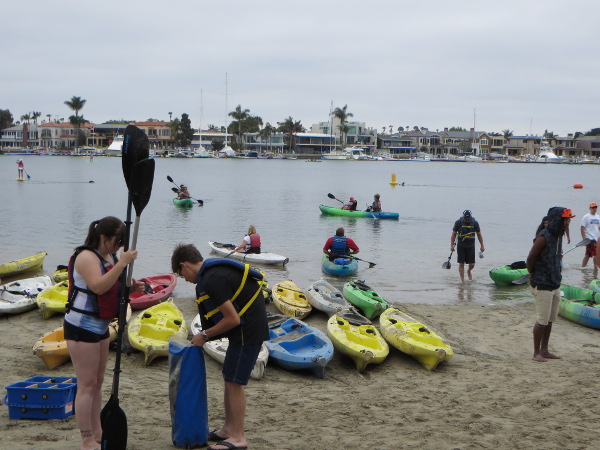 Also, prior to paddling away, you need to watch a quick safety video. It tells you the dangerous areas to avoid, how to get to Naples Island, good/bad kayaking behaviours, and where Starbucks is. Pay attention to directions because the map they give you is rather difficult to read.

We’d planned to kayak for an hour or two but ended up spending most of the day on the water, which was a great way to beat the heat and the crowded beaches. 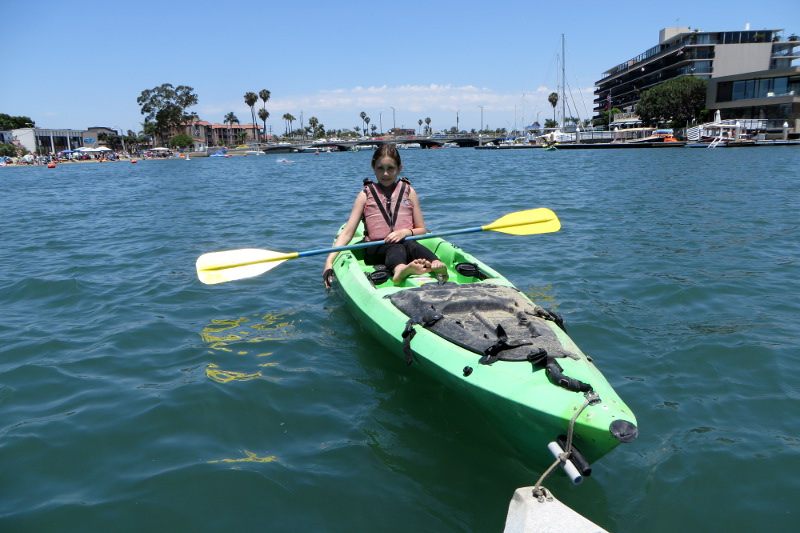 We paddled out to Starbucks and lazed on the dock. 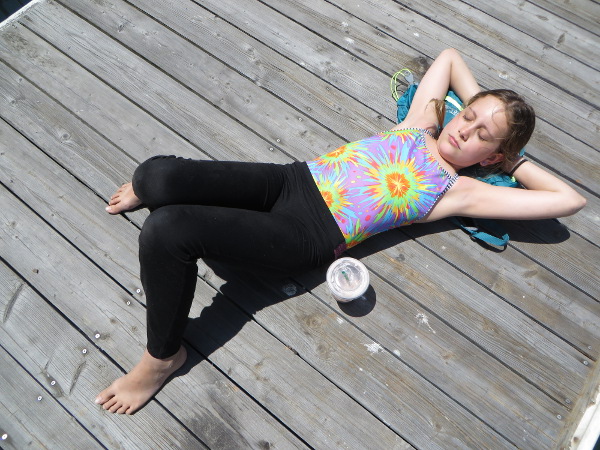 When the bay began to fill up with large boats, we moved to the Naples canals where the fire department only allowed kayaks and dinghies through. Here local children with water balloons and water guns shot everything that moved. Part of the canal is blocked off for construction. 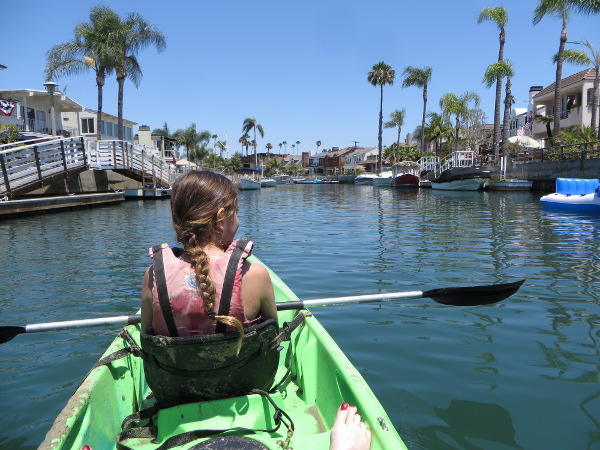 On open water, as drunk holiday boaters started to bring yachts too close to kayaks, swimmers, and the beach itself, we decided to vacate the water lest we become a news story.

I couldn’t help but wonder how many boats were accidentally beached or damaged over the long weekend because their owners decided to get close to the beach and scream things at people. 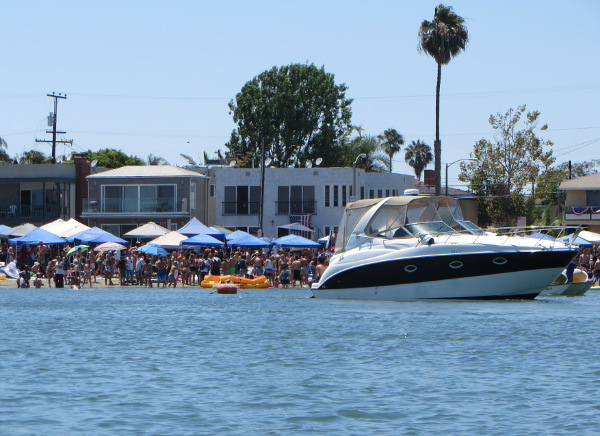 2 comments on “Kayaking in Naples”Add yours →